What do the Mexican Drug Cartels and Al Qaeda have in common? They are covertly supported by US intelligence. They serve US interests.

President Donald Trump has declared that the “Drug Cartels” in Mexico are terrorists, intimating that America should wage a new “war on terrorism” in Mexico modelled on America’s counter-terrorism initiative in the Middle East against Al Qaeda.

What do the Mexican Drug Cartels and Al Qaeda have in common? They are covertly supported by US intelligence. They serve US interests.

By the time George W. Bush moved into 1600 Pennsylvania Avenue in 2001, his Harken Energy scam had been brushed under the dirty rug that passes for history.  But his allegiance to Big Banking and the Houston oil giants never wavered.

A Journal of People report

Nearly two centuries ago, the U.S. formally abolished the incarceration of people who failed to pay off debts. Yet, recent years have witnessed the rise of modern-day debtors’ prisons — the arrest and jailing of poor people for failure to pay legal debts they can never hope to afford, through criminal justice procedures that violate their most basic rights.

Crowdfunding is when a person raises funds for a specific purpose in hopes others will contribute. Websites like GoFundMe, Indiegogo, and GiveForward are among the many crowdfunding websites used.

“As annual out-of-pocket costs continue to rise, more Americans are struggling to pay their medical bills, and millions are turning to their social networks and crowdfunding sites to fund medical treatments and pay medical bills. Although about a quarter of Americans report having sponsored or donated to a campaign, this share is likely to increase in the face of rising premiums and out-of-pocket costs,” says Mollie Hertel, a senior research scientist at NORC.

While pledging money to help pay someone’s medical bills or treatments is admirable and really shows what citizens can accomplish together, the depressing reality is millions of Americans cannot afford proper healthcare.

Medical bills continue to be a major reason U.S. citizens have to file for bankruptcy, according to a 2019 City University of New York-Harvard study […]

The Jig Is Up 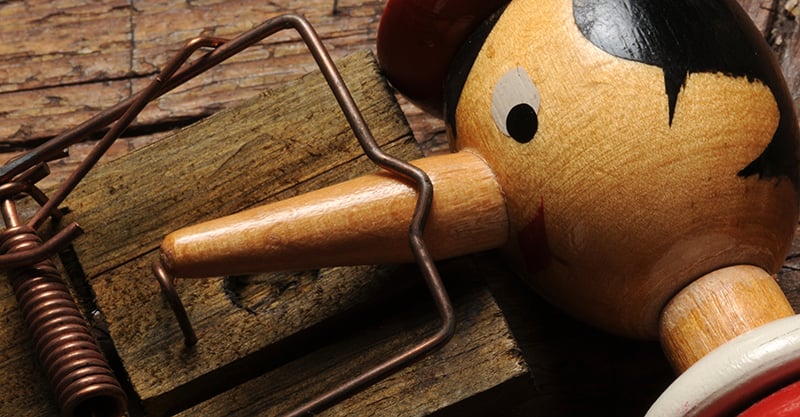 As a GP with more than 50 years experience in treating children and their families, I feel it my duty to speak out against the new vaccine mandates, for three main reasons. The first is that there is no emergency to justify vaccinating children against their parents’ wishes, let alone keeping them out of school if they refuse. The second is that the research cited to prove that vaccines are safe and effective falls far short of the rigorous standards that valid medical science must follow. The third is that the Nuremberg Code and the Helsinki Declaration, both of which we helped write and still profess to abide by, explicitly forbid any medical procedure, treatment, or experiment undertaken without the fully-informed consent of the recipient.

There is no emergency

I’ll take the easy one first. The public hysteria that has led a number of states to declare an emergency arose largely in response to measles outbreaks in 2016 and 2019. While a little larger than in the recent past, these were still quite small, localized, and in most respects similar to those recorded in every year since the vaccine was introduced, numbering just over 1000 cases in 2019, compared to a few hundred in the years since 2000, when the CDC prematurely declared the disease eliminated from the United States,1 and anywhere from 400,000-800,000 cases annually in the pre-vaccine era.2 If the CDC would just admit that they were a little hasty, and that such outbreaks are bound to occur, they could still claim a historic victory over this formerly ubiquitous disease. It’s also worth remembering that virtually everyone of my generation came down with measles in grade school and recovered without complications; nobody thought it an emergency back then, so there was no urgent need for a vaccine in the first place.

In any case, the hysteria behind the present campaign to eliminate all religious and philosophical exemptions is utterly disproportionate to the facts on the ground. My own state of Massachusetts has seen 0-3 measles cases per year for the last 5 years, and only 44 cases in the past decade,3 with 97% of our kindergarteners and 99% of our seventh-graders already vaccinated with the MMR,4 well above the official target of 95% for the stricter new mandate that it has in mind.

The alleged emergency rests on two assumptions so widely regarded as self-evident that they are rarely challenged:

But, there is ample scientific evidence that exactly the opposite is true.

Although public health officials rarely admit it, the vast majority of the cases of measles, mumps, chicken pox, whooping cough, and influenza in both past and recent outbreaks, typically from 75-95%, have been in vaccinated individuals;5 in the case of mumps, the figure is typically 95-100%.6   So even if everyone were vaccinated, and all non-medical exemptions eliminated, as the new laws require, similar outbreaks are virtually certain to continue.

We also know that individuals receiving the “live” vaccines (measles, mumps, rubella, chickenpox, rotavirus, and oral polio) “shed” them for weeks afterward, and are contagious to family members, friends, and close contacts.7  As for the “non-living” vaccines, recent studies show that current outbreaks of whooping cough are likewise being spread mainly by vaccinated individuals, through the development of vaccine-resistant strains,8 while analogous mutations have been documented in the case of HiB, pneumococcus, IPV, HPV, and other non-living vaccines as well.9  In short, the push to vaccinate everybody, and the bullying that typically accompanies it, actually help to propagate the diseases that the vaccines were meant to eradicate [ . . .]

A study involving 16 infants monitored the babies while they slept in their mother’s bed. It found that the baby’s heart was under three times as much stress when he or she slept alone. While sleeping in a cot, they had a more disrupted sleep and their brains were less likely to cycle and transition between the two types of sleep, called active and quiet. In the cots, only 6 of the 16 babies had any quiet sleep at all, and their sleep quality was much worse.

When it comes to parenting, everyone seems to have an opinion, and rightfully so, especially if you are yourself a parent. But what about controversial topics? Is there a right or wrong way to raise your children? Are there certain things that you should or should not be doing? Of course, some things are more important than others. But new advice given by a paediatrician suggests children should sleep in bed with their mothers until they reach the age of three.

China’s Foreign Ministry spokesman, Geng Shuang, announced that China will not interrupt its relations with Nicolás Maduro‘s Venezuela, despite the US government’s sanctions on the South American country. The announcement is not surprising, given the undeniable efforts of the Asian country in terms of international cooperation, but, amid the increased aggressiveness with which American hegemony operates, it represents a true gesture of courage.

This means that, regardless of unilateral sanctions by the United States, China will continue to import Venezuelan oil. White House Special Envoy, Mr. Elliott Abrams, announced that Washington is taking the necessary steps to convince China to renounce its decision to continue cooperating with Nicolas Maduro’s regime. The American diplomat also announced his country is acting to prevent, not only China, but also India to stop buying Venezuelan oil.

On the other hand, Beijing’s…

This documentary concerns the mainstream media’s misportrayal of the late Michael Jackson as a Caucasian wannabe and pedophile. The new witness is a New York acquaintance of Jordan Chandler, the alleged victim in a civil lawsuit Jackson settled in 1993. The woman reveals Chandler, still a major Jackson fan, considered him incapable of the predatory behavior he was accused of.

It was only in viewing this film I learned that Jackson suffered from lupus, a serious autoimmune disease responsible, not only for his vitiligo,* but for the complete erosion of his nasal cartilage, requiring numerous reconstructive surgeries.

The video also details the extensive police and FBI investigations of the star’s alleged pedophilia. He was totally exonerated of all criminal charges against him in 2005.

Despite these facts, a quirk in California law forced Jackson to settle a civil lawsuit pertaining to the same victim a year earlier. In 1994, an unconstitutional judicial ruling allowed the civil lawsuit to proceed before the criminal case was resolved. Concerned Jackson’s deposition in the civil case would give criminal prosecutors an unfair advantage (by revealing the defense strategy), Jackson’s lawyers advised him to settle.

The documentary also reveals the blackmail/extortion scheme Jordan Chandler’s father subjected Jackson to prior to going to the police (and filing the lawsuit). Chandlers’ parents were divorced, and his dentist father Evan illegally took custody of Jordan and gave him to sodium amytal  injections, presumably to pressure him to incriminate Jackson. The full amount of the settlement was (subject to a non-disclosure agreement) was covered by Jackson’s insurance.

Following his acquittal, Jackson successfully defended a second lawsuit (for child sexual abuse) in 1995. He also won a $2.7 million defamation suit against Victor Gutierrez, for his 2007 Michael Jackson Was My Lover.

Following his death in 2009, there would be two further lawsuits filed against his estate. They were dismissed in 2017.