Retired child and adolescent psychiatrist and American expatriate in New Zealand. In 2002, I made the difficult decision to close my 25-year Seattle practice after 15 years of covert FBI harassment. I describe the unrelenting phone harassment, illegal break-ins and six attempts on my life in my 2010 book The Most Revolutionary Act: Memoir of an American Refugee.

The pandemic posed a question few had time to ponder: what’s the point? What no financial analyst dares confess is the corporate profits they cheer every quarter have come at a cost that many Americans will soon be unable to bear. Millions of highly experienced, essential employees are either planning to quit, retire, cut their hours or switch to lower stress jobs.

So hey there Corporate America, the Fed and your neofeudal cronies: take this job and shove it. This time it really is different, but not in the way the Wall Street shucksters are claiming.

Conventional economists, politicos and pundits are completely clueless about the unraveling that’s gathering momentum beneath the superficial surface of “reflation” because they don’t yet grasp we’re entering an unprecedented new type of recession: a ‘Take This Job and Shove It’ recession…

“There is a wedge growing within the Democratic Party. On one side, a group of progressive lawmakers genuinely believe that all people—Palestinian included—deserve to live in safety and freedom, and that the U.S. should not fund Israel’s oppression of Palestinians.”

Last weekend, Israeli security forces cracked down on Palestinian worshippers and demonstrators at the Al-Aqsa mosque in Jerusalem, drawingswift condemnationfrom prominent progressiveDemocrats. That crackdown came as Palestinians demonstrated against an attempt to evict several Palestinian families from homes in the Sheikh Jarrah neighborhood of East Jerusalem.

Israeli officials describe the issue as a private real estate dispute between Jewish owners and Palestinians that is being resolved in Israel’s courts. Palestinians and their supporters view the expected evictions as emblematic of a wider Israeli strategy to remove Palestinians to make way for Israeli settlers.

After the initial tensions surrounding Al-Aqsa…

50-60% percent of FDA, CDC and NIAID employees are vaccinated according to Fauci and Marks, meaning 50-40% of employees are refusing the vaccine.

During a Senate Health, Education, Labor and Pensions Committee hearing on Tuesday, NIAID Director Dr. Anthony Fauci and the FDA’s Peter Marks admitted nearly half of employees in their agencies have not been jabbed with the experimental COVID-19 vaccinations.

Asked by Senator Richard Burr (R-NC) what percentage of NIAID, FDA and CDC employees have been vaccinated, Fauci admitted, “I’m not 100% sure.”

“But, I think it’s probably a little bit more than half. Probably around 60%,” Fauci stated. 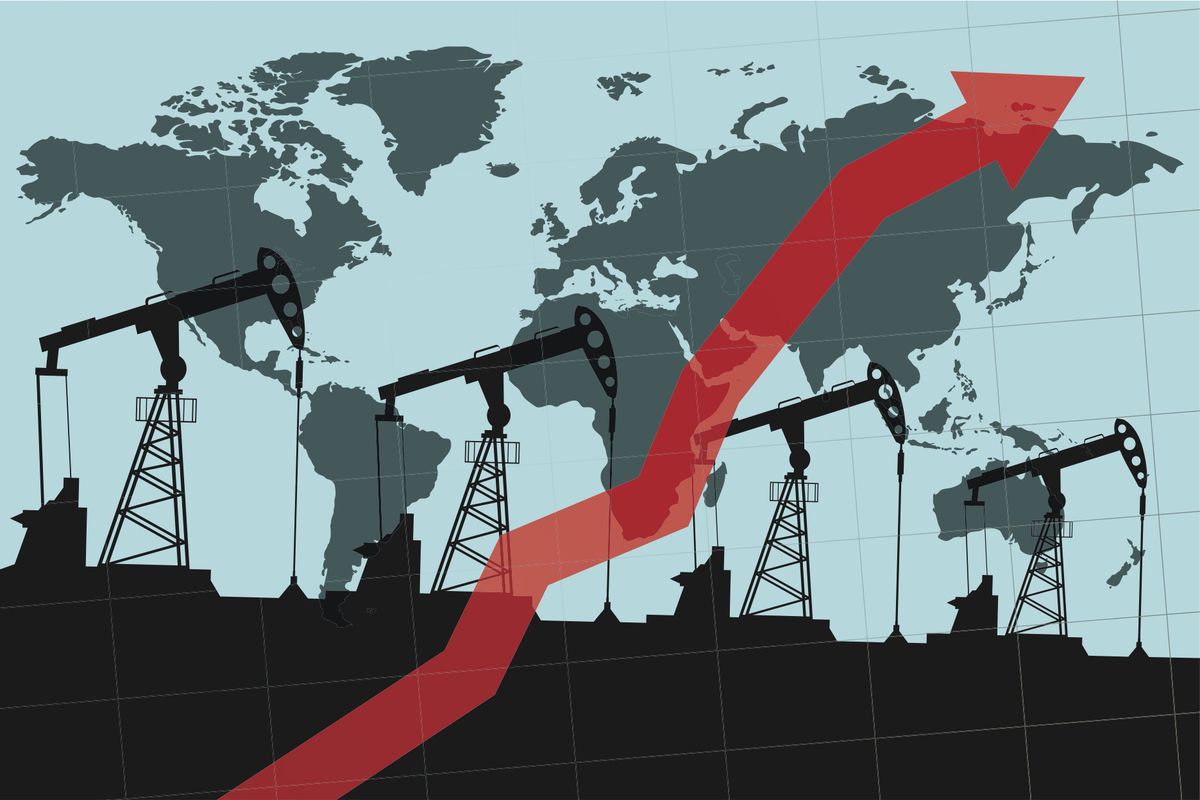 US Census data released last week called into question the official vote tally from the 2020 election. As part of the Census, the government collects data on citizens who self-report as having voted in presidential elections. The collected data shows an unusual anomaly in the reported results.

According to the Census, the recorded number of people voting in 2020 was tallied at 154,628,000. On the other hand, official results place the number of actual ballots cast slightly north of 158 million. That’s a discrepancy of nearly four million votes.

Speaking to pollster Richard Baris during an episode of “Inside the Numbers,” lawyer Robert Barnes said historically, the Census tends to “pin on the nose” the recorded vote numbers with the actual results. In other words, often the two data sets reasonably match.

Of course, sometimes the Census has missed the mark. But for decades, in almost every case where the Census grossly botched the results, it was because the bureau over-recorded the number of those who voted.

The same over-recording phenomenon occurred in 2012, with the Census over-reporting the number of voters by several million. In fact, even in 2016 where the Census was quite close, it still over-recorded the official election results.

“Dr. Fauci represents everything that President Eisenhower warned us about in his farewell address: The scientific-technical elite steering the country toward their own ends.”

It would set a retroactive 12-year term limit on the NIAID director, a position desperately held onto by Fauci since 1984.

Should the bill become law, Fauci would be immediately forced to leave his job.

“In the wake of massive missteps by Dr. Fauci and his subordinates in the handling of the coronavirus pandemic, this bill addresses an oft-overlooked issue: The lack of accountability for unelected bureaucrats,” a statement from Davidson’s office reads.

“Under Dr. Fauci’s guidance, Americans have lost confidence in the National Institutes of Health and the Centers for Disease Control, leading to confusion and serious…

News release contains lies, Lie 1: “potential benefits of this vaccine in individuals 12 years of age and older outweigh the known and potential risks”

Adolescents 12 to 15 years old need protection from FDA not Covid-19, News release contains lies, Lie 1: “potential benefits of this vaccine in individuals 12 years of age and older outweigh the known and potential risks”

“Why are we vaccinating healthy adults when 81 percent of Covid-19 cases are mild and there is a 99 percent survival rate. Why are we testing vaccines on children who are minimally impacted by the disease?”…Citizen Wells

“it is my sincere hope that this public letter might stimulate FDA, Pfizer and Moderna leaders to think critically and quickly about the immunological danger the COVID-19 vaccine might pose to those persons naturally infected by SARS-CoV-2 — most especially to those infected who are recently convalescent, asymptomatic carriers, the elderly and frail or those with significant cardiovascular risk factors.”...Dr. Hooman Noorchashm

The American public still doesn’t know exactly what happened on January 6—and it’s clear the government will use any means necessary to keep it that way.

Why Is the Government Hiding January 6 Video Footage?

Joe Biden calls it the worst attack since the Civil War. Attorney General Merrick Garland compares it to the 1995 Oklahoma City bombing. The FBI is breaking down the doors of Iraq War veterans and small business owners who have no criminal records, and some are hauled off to rot in solitary confinement in a fetid D.C. jail, for their involvement in the alleged travesty.

This documentary is about the life of Hedy Lamarr, the glamorous movie star who invented frequency hopping radio transmission. This technology is currently used used for GPS, wifi, bluetooth, military satellites, cellphones and nuclear launch technology. Most of the film is based on an interview she gave Fleming Meeks in May 1990 for Forbes magazine. She was 76 at the time.

Born in 1941 in Austria as Hedwig Eva Maria Kiesler, Hedy starred in her first movie in Austria at age 17. She married a Nazi munitions manufacturer at 19. Fearful of persecution for her Jewish background, she secretly fled to London four years later.

She landed a studio contract with MGM, starring with Charles Boyer in her first major film (Algiers) in 1938. During the war, she briefly dated Howard Hughes, who built her her a chemistry lab in her home after she improved the aerodynamic design of his aircraft. Together with composer George Anthell, she developed a radio guidance system fir Allied torpedoes using frequency-hopping spread spectrum technology.

A strong advocate for women’s equality, she hated the way the major studios type cast her as a pretty face, and produced three films herself.

Lamarr was married and divorced six times and had three children she raised as a single mother. During her stint at MGM, she, like many other stars came under the care of “Dr Feelgood” (Dr Max Jacobson). Jacobson, who worked for MGM for roughly 20 years (until he lost his license in 1974), gave many stars all “vitamin” shots to help them work the 70-80 hour weeks demanded of them. The shot’s main ingredient turned out to be methamphetamine.

Her ongoing amphetamine addiction was responsible for major work and family difficulties. When interviewed in 1990, she had a total income of $300 a month from Social Security.

The US government never paid her for her invention, and she died in 2000.

Full film can be seen through your library on Beamafilm.

According to an October study from the bulletin of Science, Public Health Policy, and the Law, on March 24, 2020, the CDC changed the way it tabulated deaths for the previous 17 years, resulting in inflated COVID-19 death numbers. Moreover, the change affected only deaths relating to COVID-19. Even more surprising, the Federal Register does not mention these changes, so it appears the CDC acted without peer review and oversight by either the Office of Management and Budget or Office of Information and Regulatory Affairs, which would violate federal law.

How deadly is the SARS-COV-2 virus? Part of the equation depends on accurately determining just who has died from COVID-19 infection. It turns out that, thanks to changes the Centers for Disease Control (“CDC”) made to its rules, along with Congressional incentives, America’s COVID-19 counts are almost certainly inaccurate.

America counts COVID-19 deaths differently from other countries. According to Dr. Deborah Birx, speaking at the start of the pandemic, “if someone dies with COVID-19, we are counting that as a COVID-19 death.”

However, we must acknowledge that there is a difference between dying from COVID-19 and dying with COVID-19. This is a familiar uncertainty for doctors during the winter flu season.

In most states, 40-60% of the people dying of SARS-COV-2, the virus that causes COVID-19, are elderly persons with multiple medical problems who live in nursing homes. A portion of this same cohort…