Growing up in Britain, I knew nothing of the many crimes the British Empire had committed against my Iraqi ancestors. 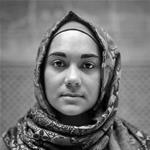 If you grew up in Britain, like me, you probably would not be able to recall being taught anything substantial about British colonial history in school.

The British curriculum dedicates plenty of attention to the violence of others – in Nazi Germany or during the American Civil War – and goes into great detail on a few events in medieval and pre-Victorian English history, like the Plague, the Great Fire of London, and the reign of Henry VIII. But a British school would not teach you anything about the brutality of British colonialism.

We were told nothing of the concentration camps the British army ran during the Boer War, the Bengal famine of 1943 or the massacres of Kenyans in the 1950s.

In school, I heard nothing of the many crimes the British perpetrated against my Iraqi ancestors. No textbook ever mentioned that Winston Churchill, so deeply venerated as a hero and a brilliant statesman, openly endorsed a chemical attack on Iraqi civilians when they demanded independence from Britain.

The British curriculum did not teach me that Britain invited Iraqi leaders for negotiations, only to kidnap and imprison them, that it sent planes to bomb civilians when they refused to pay taxes or that it burned and destroyed villages and towns to quash revolts.

Since I left school thirteen years ago, the situation has hardly changed. When, in 2010, the British government decided to overhaul the curriculum, then-education secretary, Michael Gove, decided to invite an apologist of empire, historian Niall Ferguson, to help. As a result, British textbooks still whitewash the British Empire and fail to address the foundations of white supremacy on which colonialism was built and the lasting impact of imperial policies on colonised peoples.

It was only through the stories of my grandfather – who recounted watching from his window the British march through Baghdad – that I learned there was more to the British Empire than they were teaching us at school.

The uncomfortable feeling of not knowing led me to research extensively the shared history of Britain and Iraq, which inspired me to write a novel set during the colonisation of Mesopotamia.

For me, there’s something empowering about finally being able to level the playing field when it comes to one-sided narratives about the British Empire by telling the story of the colonised, rather than the coloniser.

Yet, the dominant whitewashed narrative of British colonial history seems to be deeply ingrained in the British psyche. Today 49 percent of Britons still think that the British Empire was a force for good that improved the lives of colonised nations and only 15 percent think it left them worse off, according to a survey by market research company YouGov.

There also seems to be a persistent nostalgia for that colonial past. The truth is that in today’s Britain, colonialism sells.

They still enjoy watching TV shows about the lives and romances of rich white people in the colonial era, such as Downton Abbey and Indian Summers, which make no mention of how the wealth displayed on the screen was acquired.

They still go to cinemas to see Victoria and Abdul portray Queen Victoria as an exceptional open-minded monarch and a gracious friend of an Indian servant, as if she wasn’t profiting from the subjugation and oppression of Indians; or watch The Queen of the Desert tell the story of British diplomat and orientalist Gertrude Bell, conveniently leaving out the part about her enabling British colonialism in the Middle East and drawing the arbitrary borders of the Iraqi state.

The commodification of colonialism has even made it to institutions of higher education. In 2015, the Oxford Union decided it was a good idea to serve a drink called “colonial comeback” during a debate on colonial legacy and reparations.

In fact, Oxford University, an institution that has educated half of Britain’s political elite (its rival, Cambridge, educating the other half), has witnessed a pushback against its own colonial past.

Students have called for the decolonisation of the Oxford curriculum, which, they say, is Eurocentric and excludes contributions by women and people of colour.

They have also brought the Rhodes Must Fall campaign to campus, calling for the removal of a statue of Cecil Rhodes, a British colonial official who is seen by many as the architect of apartheid in South Africa. Their struggle was suppressed by wealthy donors who threatened to cut funding to the institution.

There is still widespread support for revisionism and white-washing of history in conservative institutions like Oxford and beyond. It is unsurprising that it was an Oxford scholar who last year penned an op-ed in The Times defending Britain’s colonial legacy, telling Brits: “Don’t feel guilty about our colonial history”.

This attitude has been adopted by much of the British political elite as well. When asked in 2013 to apologise for the 1919 Amritsar Massacre, in which British troops shot dead hundreds of Indians, then-British Prime Minister David Cameron said: “I don’t think the right thing is to reach back into history and to seek out things that we should apologise for.”

The problem with Cameron’s statement is that colonialism cannot be just relegated to history, forgiven and forgotten.

Its legacy continues to disadvantage former colonies, where artificial borders, the unequal distribution of resources, or their exhaustion have led to conflict, impoverishment and underdevelopment.

Its logic continues to inform political and foreign policy in Britain and elsewhere to this day. It was colonialist thinking that led PM Tony Blair in 2003 to drag the country into another occupation of Iraq, shattering its economy and security and killing hundreds of thousands of Iraqis.

We need a curriculum based on an honest, contextualised reading of British history which teaches about the brutality of colonialism. It should educate children about the economic, political and social advantages they enjoy today as a result of the colonial extraction and plunder their country engaged in during the colonial era. . .

via It is time to teach colonial history in British schools