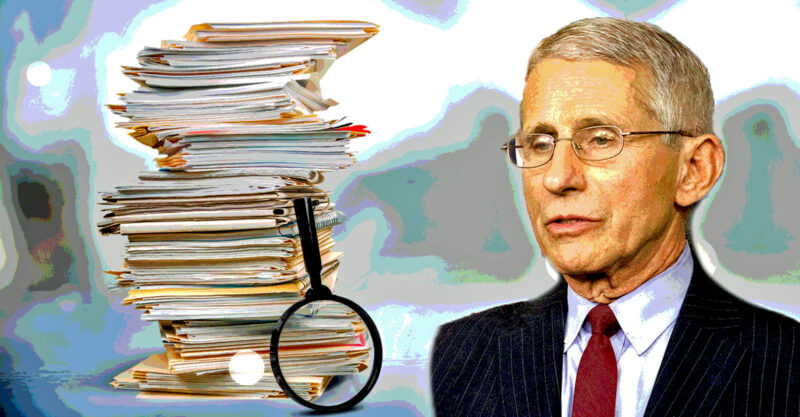 Dr. Anthony Fauci’s deposition, taken as part of a lawsuit alleging collusion between the U.S. government and Big Tech to censor people, was released on Dec. 5.

The 446-page document shows the questioning of Fauci, the longtime director of the National Institute of Allergy and Infectious Diseases and President Joe Biden’s chief medical adviser. Fauci was under oath on Nov. 23.

Here are some takeaways:

Fauci relied on others to dismiss lab leak theory

Fauci said he did not have the expertise to determine whether COVID-19 came from nature or a laboratory, despite repeatedly dismissing the theory that it originated in a Chinese lab.

“I am not qualified since I am not an evolutionary virologist to make any kind of definitive determination about whether a genome could or could not be a laboratory construct or experimentally manipulative,” Fauci said at one point.

“I have relied, as anyone would, with highly qualified, respected evolutionary virologists to come to that conclusion or not.”

Portions of the deposition dealt with a paper released in early 2020 as a preprint and later published following peer review by Nature Medicine.

Kristian Andersen and other scientists claimed that they analyzed genomic data and that “our analyses clearly show that SARS-CoV-2 is not a laboratory construct or a purposefully manipulated virus.”

Fauci held a secret phone call with all of the authors of the paper just weeks before it was published — some of the authors before the call expressed in since-released emails that they thought the virus did not come from nature — and has since acknowledged receiving multiple drafts of the document prior to its publication.

Kristian Andersen, the lead author, told Fauci at one point, “Thank you again for your advice and leadership.”

Fauci said in the deposition that he had “very little” to do with the paper and that he did not recall making any “substantive comments” to the authors regarding the paper.

Despite having communicated repeatedly with the authors, Fauci said he couldn’t recall their names during a White House press conference in April 2020.

“There was a study recently that we can make available to you where a group of highly qualified evolutionary virologists looked at the sequences there and the sequences in bats as they evolved. And the mutations that it took to get to the point where it is now is totally consistent with a jump of a species from an animal to a human,” Fauci said at the time, at the prompting of then-President Donald Trump.

“So the paper will be available. I don’t have the authors right now, but we can make that available to you,” he added.

Fauci said he did not make the paper available to any reporters after the press conference but was then presented with an email showing that he did.

“I don’t recall it,” Fauci said, after reading the email.

Says he didn’t advocate for censorship

Facebook and other Big Tech firms also later cracked down on the Great Barrington Declaration, a document offering an alternative way to approach the pandemic, after Fauci and Dr. Francis Collins, the head of the National Institutes of Health (NIH) at the time, spoke out against it.

Internal emails showed Fauci and Collins conspiring to rebut the declaration. The NIH has directed people questioning the opposition to Wikipedia.

Fauci noted that he does not have social media accounts and insisted that he did not call for censorship.

“No, I have not,” Fauci said when asked whether he’d asked a social media company to remove misinformation. He also said that, to his knowledge, none of his staffers had.

According to emails produced in the case, the government communicated with Big Tech concerning the removal of multiple accounts they said were pretending to be Fauci.

“I was not aware that they were flagging many accounts, but from looking at this, they are trying to get rid of fake accounts because fake accounts are bad things, I believe,” Fauci said.

“To my knowledge, they don’t get involved in trying to influence social media in any way. But when someone impersonates me, I think it’s totally appropriate for them to be concerned about that.”

Fauci was later shown an email that showed National Institute of Allergy and Infectious Diseases officials were trying to connect to Google “on vaccine communications, specifically misinformation,” and that a meeting was planned. He said he wasn’t sure whether the meeting ever took place.

Fauci said that he was concerned about misinformation and disinformation, and believed that such information could lead to the loss of life.

“I think in any situation where egregious misinformation such as some of the ones I referred to before, such as information that would discourage people from getting vaccinated, that in my mind, would be a way that life that could otherwise have been saved would be lost, if people were persuaded not to pursue a life-saving intervention,” Fauci said.

Asked if he thinks steps should be taken to curb misinformation and disinformation, he demurred.

“That’s not my area. I’m very well aware of the concept of freedom of speech. The area of the curtailment of that is something that is not in my area of expertise. Those are legal and other things. And I really don’t have any opinion on that,” he said.

Fauci said he favors open debate and, generally, the best way to combat misleading and false information is to “flood the system with correct information.”

But he also said: “I think honest debate is important, but when it goes beyond debate and leads people who are unwitting about these things to do things that are clearly detrimental to their life and their safety, I find that disturbing. How you mitigate against that, I would leave to other people.”

Fauci has been in touch with Facebook founder Mark Zuckerberg and appeared several times in Facebook Live videos with Zuckerberg.

Fauci said that his discussions with Zuckerberg “were very clearly directed at getting me on some Facebook podcast to encourage people to get vaccinated” and that they went no further.

Fauci was asked whether he knows anyone who works for a social media company, besides Zuckerberg.

“Well, a person who used to work as a software engineer for Twitter was my daughter,” Fauci said.

Fauci said he never discussed with his daughter the content posted on social media or the origins of COVID-19.