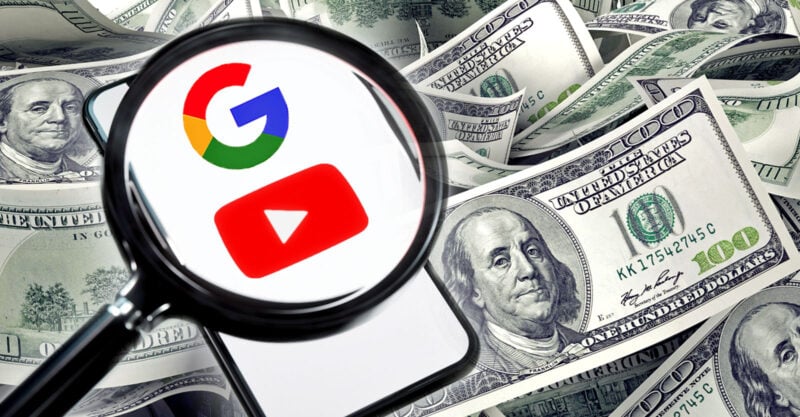 Reacting to Tuesday’s announcement that Google and YouTube will fund a global fact-checking network through the media institute Poynter, media expert Mark Crispin Miller, Ph.D., said, “This is grotesque — almost to the point of comedy, except it’s not funny.”

Claiming that “Combating misinformation is an ongoing global challenge for society,” Google and YouTube on Tuesday said they will spend $12 million to create a Global Fact Check Fund that will support a network of 135 fact-checking organizations operating from 65 countries in more than 80 languages.

The money is part of a $13.5 million grant the tech companies awarded the International Fact-Checking Network (IFCN), a division of the nonprofit media institute Poynter, according to Mashable.

The money will go toward scaling up existing operations of Poynter’s IFCN, and also toward launching new initiatives to elevate what the IFCN deems to be “information” and reduce what it deems to be “misinformation,” the companies said.

“The world needs fact-checking more than ever before,” said Baybars Örsek, executive director of the IFCN. “This partnership with Google and YouTube infuses financial support to global fact-checkers and is a step in the right direction.”

However, Mark Crispin Miller, Ph.D., professor of media studies at New York University, told The Defender he found the development to be “grotesque — almost to the point of comedy, except that it’s not funny.”

Michael Rectenwald, Ph.D., author of “Google Archipelago: The Digital Gulag and the Simulation of Freedom,” also criticized Google and YouTube’s financial partnership with the IFCN, telling The Defender:

“Google and YouTube are not purveyors of information; they are tools for the totalitarian control of information. They have engaged in censorship, down-ranking, and black-listing information, likely since their inception.

“‘Misinformation’ means anything that runs counter to the regime’s narratives on any number of issues, including international policy and warfare, economics and recession, pandemics and vaccines, politics and elections, the global elites, climate change and The Great Reset that is being ushered in as we speak.”

Moreover, according to Facebook, “Fact checks” are statements of opinion, and as such, are protected under the First Amendment  — that’s what the social media giant argued when, after it was sued for defamation, the company claimed its “fact checks” aren’t factual assertions.

In November 2020, Children’s Health Defense filed a First and Fifth Amendment lawsuit against Facebook, Mark Zuckerberg and two of Facebook’s “fact-checkers” for illegal censorship and false promotion/false misrepresentations under federal law (the Lanham Act and the Racketeer Influenced and Corrupt Organizations Act, commonly referred to as the RICO Act).

Younes is involved in a lawsuit against the Biden administration alleging government officials — including Dr. Anthony Fauci — colluded with Big Tech to censor the opinions of the scientists who wrote the “Great Barrington Declaration.”

“Google manipulated its algorithm to ensure the Great Barrington Declaration was more or less hidden from the public,” Younes said. “YouTube has been among the worst offenders in censoring expression of non-government-approved views on COVID-19 and thereby stifling debate.”

“The company even went so far as to censor a video of Florida Governor Ron DeSantis, epidemiologists Jayanta Bhattacharya, Sunetra Gupta, and Martin Kulldorff — the authors of the Great Barrington Declaration — and former White House COVID-19 advisor Scott Atlas, in which they discussed efficacy (or lack thereof) of masks and other COVID-19 restrictions.

“We know through public statements made by high-ranking members of the Biden administration, and internal documents obtained through discovery in Missouri v. Biden and other cases, that the government has been behind much of this censorship.

“We look forward to learning more about just how much YouTube and Google have been colluding with, and coerced by, the government as these cases progress through the court system.”

Crispin Miller said Google and YouTube’s financial partnership with the IFCN reminded him of the “Ministry of Truth” in George Orwell’s novel, “1984.” He also pointed out that Orwell based the book’s central character — Winston Smith, who works at the Ministry of Truth — on Orwell’s own experience working at the BBC during World War II writing propaganda broadcasts.

“That’s significant because the Ministry of Truth is a satire version of the media in wartime, constantly pumping out lies,” he said, referencing Google’s involvement with the U.S. military.

“Google itself is a fount of propaganda — not only in what it chooses to foreground but, more importantly, in what it suppresses or buries,” he said.

What is happening here?

The government’s collusion with Big Tech is not a matter of privatizing government functions, Rectenwald said — it’s the opposite of that.

“As I wrote in ‘Google Archipelago,’” he said, “the issue with Big Tech’s information control is not the privatization of governmental functions but rather the governmentalization of private enterprise.”

According to Crispin Miller, “The Poynter Institute represents itself as a disinterested, realistic watchdog but is not anything of the kind. It’s just as prone to untruths and just as protective of the major propaganda narratives as the corporate media is.”

Poynter in 2015 launched IFCN to “bring together the growing community of fact-checkers around the world and advocates of factual information in the global fight against misinformation.”

According to its website, IFCN now works with more than 100 organizations worldwide via “advocacy, training and global events” and takes it upon itself to monitor “trends in the fact-checking field” while providing “resources to fact-checkers.”

With the new grant from Google and YouTube, IFCN will “directly strengthen and expand fact-checking” efforts around the world, Poynter said in a press release, adding:

Among its major funders in 2021 and early 2022 were Meta (the parent company of Facebook), TikTok and the Google News Initiative.