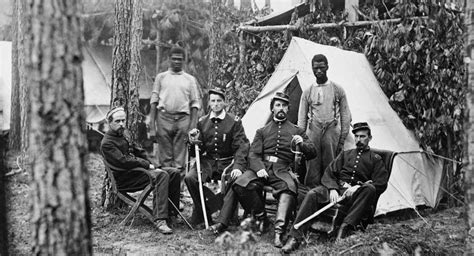 “I am the last president of the United States,” said James Buchanan on December 20, 1860.

South Carolina had just seceded from the Union.  Ten more states would follow.

Had Buchanan remained in office, there is no question he would have let the South go. The United States would have ceased to exist 160 years ago.

“So what?” some readers may retort. “Buchanan was right. There’s nothing sacred about the Union. If states want to secede, let them.”

A recent poll by the University of Virginia Center for Politics claims that 41 percent of Biden supporters and 52 percent of Trump supporters now supposedly favor secession.

While these numbers might be exaggerated, the trend is clear.

As tensions rise between “red” and “blue” states, many Americans have come to believe that coexisting with our quarrelsome countrymen is no longer worth the trouble. Many hope that peaceful separation—“national divorce,” as they call it—might allow Americans to part ways amicably, without bloodshed.

But will it?  History suggests otherwise.

In 1861, secession did not bring peace.  It led directly to civil war.

War came for the same reason it always does, because powerful men wanted it, and stood to gain by it.

An old saying holds that, when two dogs fight, a third dog gets the bone.

Britain had a strong interest in breaking up the Union, which she saw as a competitor for global dominance. Britain’s plan was to carve up the United States into colonial spheres of influence, to be distributed among the great powers of Europe.

Had the British succeeded, North and South alike would have lost their independence.

This fact—once widely known to Americans—has been wiped from our history books.

Before we rush headlong into Civil War 2.0, it might be wise to relearn the forgotten story of Lincoln’s struggle against foreign intervention.

It would be foolish to walk into the same trap twice.

On April 1, 1861, the Civil War had not yet begun. That day, Secretary of State William Seward drafted a memorandum to Lincoln seeking action against “European intervention.”

Spain had begun saber-rattling over its lost colony of Santo Domingo, pointedly increasing its Cuban garrison to 25,000 men. France was applying similar pressure over Haiti.

Meanwhile, British diplomats were working hard to bring Spain, France, and Russia into a coalition strong enough to force Lincoln into recognizing the Confederacy.

These intrigues plainly violated the Monroe Doctrine. But no one cared what America thought anymore. The U.S. was falling apart.

“Our domestic dissensions are producing their natural fruit,” wrote The New York Times on March 30, 1861. “The terror of the American name is gone, and the Powers of the Old World are flocking to the feast from which the scream of our eagle had hitherto scared them. We are just beginning to suffer the penalties of being a weak and despised Power.”

When Seward wrote his memo to Lincoln, the attack on Fort Sumter was still eleven days away.  The first shot of our Civil War had not yet been fired.

Yet, the mightiest powers in Europe were already spoiling for a fight.

Britain was the Ringleader

Great Britain was the driving force behind these plots.  The British had been planning America’s downfall for years.

England made no secret of her ambitions in North America.

On January 3, 1860, the London Morning Post bluntly called for the restoration of British rule in America.

The Post was known as a mouthpiece for Lord Palmerston, Britain’s Prime Minister.  Indeed, Palmerston himself was rumored to write unsigned editorials for the paper, now and then.

Should North and South separate, said the Morning Post on January 3, 1860, the colonies of British North America (later combined into the Dominion of Canada) would then “hold the balance of power on the Continent.” Canada would find herself in a strong position to annex the quarreling fragments of the former USA.

4 thoughts on “The British Role in Triggering the Civil War”