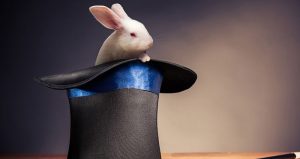 Pfizer parlayed this gaudy statistic into an emergency use authorization (EUA) from the Food and Drug Administration (FDA) the following month. Pfizer also received $2 billion from the U.S. government. Moderna received its EUA a week later. Both EUAs are legally unsound since several adequate alternative treatments were available at the time – mainly hydroxychloroquine, Ivermectin and vitamin D. Further, a new Lancet report just revealed a statistical manna from heaven that college students, employees and others can possibly use to excuse themselves from mandatory injections.

Randomized controlled trials are interpreted by applying several statistical measures. We’ll turn to the book Smart Health Choices: Making Sense of Health Advice for guidance here. The book is a guide that helps consumers understand and assess health advice to make informed medical choices. It was published in 2008 but is an important addition to anyone’s book collection in this age of compromised, Bill Gates and big pharma-owned doctors, hospitals, media and government agencies. Our focus is Chapter 18 of the book.

Absolute risk reduction (ARR) is “the most useful way of presenting research results to help your decision-making,” according to the authors. ARR is the difference between infection rates with and without the medical intervention (in this case mRNA and viral vector DNA). In other words, it measures the absolute effectiveness of the intervention. A hypothetical, keep-it-simple example of ARR is as follows:

A randomized, well-designed (meaning with few, if any confounding variables) study finds that 20% of the control group had “bad outcomes” compared to 12% of the group that received the experimental treatment. The ARR is the difference between those percentages. Thus the ARR is 8% in this example. That means 80 people out of 1,000 would benefit from the intervention. The statistical value “number needed to treat” (NNT) speaks for itself. In this example, 1,000/80 = about 13. Thus it takes 13 subjects for just one to benefit.

Relative risk reduction (RRR) measures how much the intervention REDUCES the risk of bad outcomes. It’s like a 30% off coupon at your local supermarket. The greater your risk of becoming infected with something, the more useful the intervention is. In the supermarket example, if you never intended to buy the product in the first place, the coupon is useless.

Dr. Terry Shaneyfelt of the University of Alabama Birmingham breaks down in very simple terms how RRR is misleading.