Redfield and Birx: Can they be trusted with COVID? 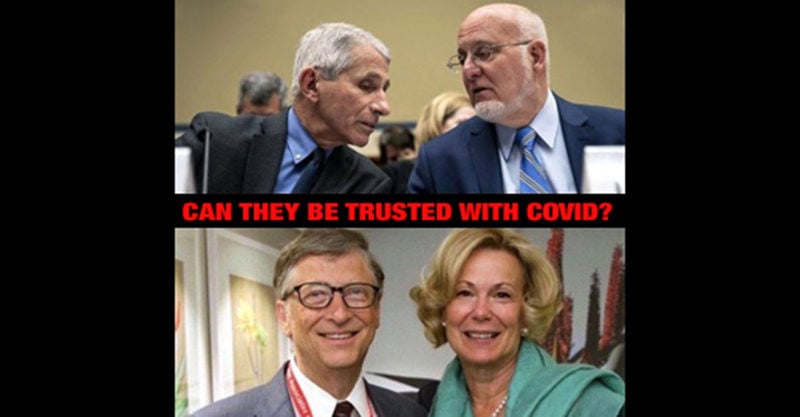 U.S. military documents show that, in 1992, the CDC’s current Director Robert Redfield and his then-assistant, Deborah Birx—both Army medical officers—knowingly falsified scientific data published in the New England Journal of Medicine fraudulently claiming that an HIV vaccine they helped develop was effective. They knew the vaccine was worthless.

Redfield now runs the agency charged with mandating COVID vaccines. Birx, a life-long protégé to both Redfield and Anthony Fauci, served on the board of Bill Gates’ Global Fund. Redfield, Birx and Fauci lead the White House coronavirus task force.

In 1992, two military investigators charged Redfield and Birx with engaging in “a systematic pattern of data manipulation, inappropriate statistical analyses and misleading data presentation in an apparent attempt to promote the usefulness of the GP160 AIDS vaccine.” A subsequent Air Force tribunal on Scientific Fraud and Misconduct agreed that Redfield’s “misleading or, possibly, deceptive” information “seriously threatens his credibility as a researcher and has the potential to negatively impact AIDS research funding for military institutions as a whole. His allegedly unethical behavior creates false hope and could result in premature deployment of the vaccine.” The tribunal recommended investigation by a “fully independent outside investigative body.” Dr. Redfield confessed to D.O.D. interrogators and to the tribunal, that his analyses were faulty and deceptive. He agreed to publicly correct them. Afterward, he continued making his false claims at three subsequent international HIV conferences, and perjured himself in testimony before Congress, swearing that his vaccine cured HIV.

Their gambit worked. Based upon his testimony, Congress appropriated $20 million to the military to support Redfield and Birx’s research project. Public Citizen complained in a 1994 letter to the Congressional Committee’s Henry Waxman that the money caused the Army to kill the investigation and “whitewash” Redfield’s crimes. The fraud propelled Birx and Redfield into stellar careers as health officials […]

14 thoughts on “COVID19 Strategy: Can the People Running It Be Trusted?”