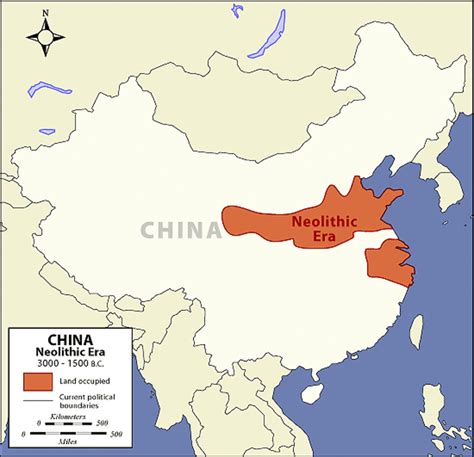 In his introduction to the course Foundations of Eastern Civilization, Benjamin devotes an entire lecture to the impact of China’s unique geographical features on Chinese civilization.

The third largest country in area, after Russian and Canada, China is only slightly bigger than the US. The two countries also share a number of geographical features (northern hemisphere, roughly same size, extensive coastlines, diverse geography and history of uncivilized Wild West).

China’s Yangtze and Yellow Rivers clearly had a major impact on economic development, owing to devastating floods occurring on both during monsoon season. The Yangtze is the third longest river in the world after the Amazon and Nile.

According to Benjamin, China’s relative isolation from the outside world forced early Chinese emperors to focus on the internal integration of 56 different ethnic groups. 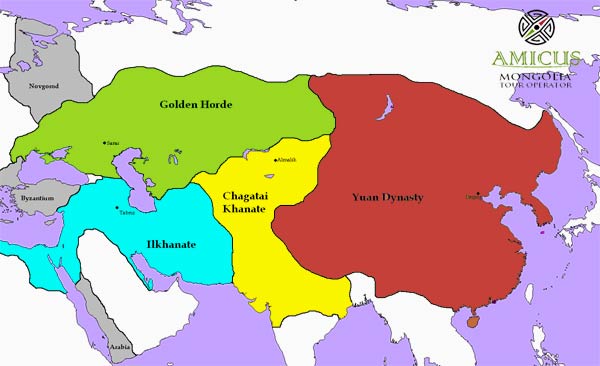 Harl regards Kublai Khan as the greatest of all the Mongol conquerors. His grandfather Genghis Khan was content to control large portions of the Chinese-dominated Silk Road. His uncle Ogedei settled with occupying the rump Jin Dynasty and securing a treaty relationship with the more powerful southern Song Dynasty.

Kublai Khan began his assault on China by moving his forces into Tibet (a  vassal state that paid to the Mongols), on the Song Empire’s western border. He proceeded  with an assault on Dali (currently Hunan), an independent kingdom inhabited by non-Chinese Bai people. Due to China’s large number of settled cities, the war on China proper was mainly one of sieges and logistics. Once he captured cities, Kublai Khan recruited large number of Chinese mercenaries to garrison them.

In 1259 the great khan Mongke died of cholera while Kublai Khan was besieging the fortresses on the Yangtze River. Mongke’s younger brother Verke had himself declared great khan while most of the Mongolian nobility was fighting in China. In 1260 during a brief civil war, Kublai Khan marched to Karakorum and deposed Verke (becoming great khan himself).

Under Kublai Khan, the Golden Horde Mongols on the western steppes were ruled by descendants of his cousin Batu. Kublai Khan’s nephew ruled the Ilkhanate on the central steppes, consisting of the modern day states of Iran, Iraq and. Under Kublai Khan, the Chagatai Khanate broke away from the Mongol Empire and was ruled independently by descendants of Genghis Khan’s second son Chagatai. By the 14th century, all three khanates had adopted the Turkish language and the Muslim religion.

Unlike western Mongol victories, Kublai Khan’s victories in China weren’t accompanied by massacres and atrocities. Instead he sought to win over the civilian population.

When the dowager Song empress surrendered on behalf of the child emperor in 1271, Kublai Khan became the new emperor, founding the Yuan Dynasty. For the most part, the bureaucratic Mandarin class generally supported the new regime.

This film can be rented free on Kanopy with a library card.