Episode 10: The Han Dynasty and the Xiongu at War

Harl describes how Wudi, the first Han emperor (141 – 87 BC), weary of sending tribute to the Xiongu steppes nomads,* undertook military action against them. A strong advocate of Confucian imperial expansion, Wudi also aspired to gain control of the Gansu Corridor between the steppes and the Tibetan plateau and the Tarim Basin with its rich caravan cities.**

As the Chinese infantry with their chariots and crossbows was no match for Xiongu mounted archers with composite bows, he hired Xiongu mercenaries from rebel tribes.

in 127 BC, Wudi launched the first of seven years of campaigns. He attacked the Xiongnu settlements (tent cities) centered around the trade routes to the north of China, driving the Xiongnu north into Mongolia. He then launched one campaign into the Gansu corridor and the Tarim Basin (which ultimately became the present Uighur Autonomous Area). Harl maintains the outcome fell short of true military occupation. Although the caravan cities submitted to the presence of a few Chinese garrisons and paid tribute, there was no real Chinese presence in the region for many centuries.

Wudi also made two expeditions to Ferghana (modern day Tajikistan) on the other side of the Tarim Basin, as well as exploiting a civil war between two Xiongnu brothers. This resulted in a formal Chinese alliance with the southern Xiongu tribes.

These final campaigns bankrupted the Han Empire, resulting in its collapse in 9 AD.

In 250 AD, Han military adventurism would cause a final collapse of the dynasty into three warring states: Wei, Shu and Wu. Wei, a strong military state owing to their regular confrontation with Xiongu nomads, would eventually reunite China. Shu was the main, seat of silk, Confucianism and power.

**A caravan city is a city located on and deriving its prosperity from its location on a major trans-desert trade route. 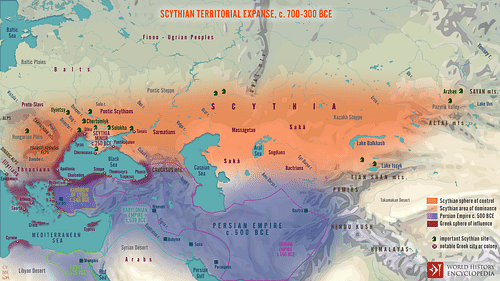 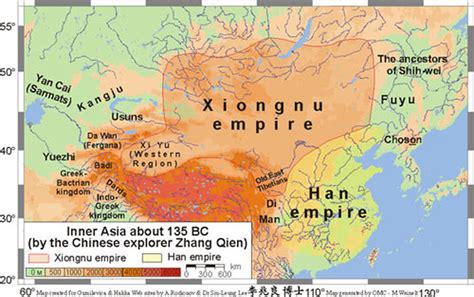