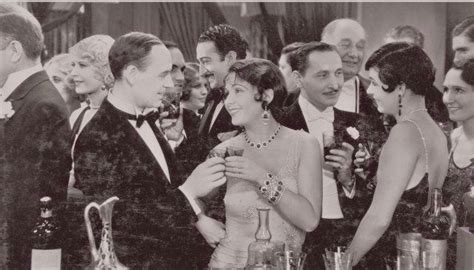 The main purpose of this book is to challenge the prevailing notion that the Middle Ages was a period totally devoid of intellectual, technological, political or social advances. Focusing primarily on England, the authors cover the period between the 1066 Norman invasion and Henry VIII’s confiscation of the monasteries.

According to Jones and Ereira, among the substantive changes occurring in the Middle Ages are a massive increase in urbanization (in 1066 only 10% of the English population lived in towns or villages) and literacy (prior to 1066 only monks and priests were literate).

Prior to reading this book, I had no idea that despite taxes residents paid to the king and local monasteries, most medieval villages were totally self-governing. I was also surprised to learn that most medieval discoveries were made by monks, including Roger Bacon, a man who was 500 years ahead of Newton in discovering the refraction of white light into colors. Other medieval inventions include time standardization into a 24-hour day, the first mechanical clock, anesthesia, and strong acids, such as hydrochloric and sulfuric acid.

Women enjoyed more rights and had more careers open to them between 1066 and 1400 than they did 500 years later during the Victorian era.

For me, the most significant development in the period described was the codification of “common law” and “juries.” Initially juries were members of the local community required to assist in prosecuting criminals by compiling evidence. Henry I (1068-1135) was the first monarch to grant his magistrates the authority to judge civil matters in the name of the Crown. Prior to his reign, victims of kidnappings, rapes, thefts and murders (ie their surviving families) could only file suit in royal courts against perpetrators in courts run by royal magistrates.

Henry I also introduced trial by jury, in which local juries gained the authority to determine innocence or guilt, in addition to assembling evidence.

The Economics of Happiness

The term “economic relocalization” describes a global movement of loosely knit grassroots networks working to strengthen local and regional economies and systems of food and energy production. Most of the last eight years of my life have been focused on grassroots relocalization activities.

What I like best about Economics of Happiness is learning I am part of a global movement. I hate the title, which suggests the film concerns some kind of airy-fairy New Age spirituality. It doesn’t.

The 2011 film, narrated by Helena Norberg Hodge, is based on her 1991 book Ancient Futures: Learning from Ladakh and her 1993 film by the same name. The book and both films draw their inspiration from the nearly forty years Norberg-Hodge spent living and working in Ladakh, a small Himalayan region in the India-controlled (and disputed) state of Jammu and Kashmir. Economics of Happiness includes local footage from the 1993 film, as well as substantial documentary footage relating to the world’s current economic crisis and impending ecological crisis (stemming from catastrophic climate change and mass extinctions).

The Psychological Devastation of Globalization

The film opens with the same narrative Norberg-Hodge recounts in her earlier Ancient Futures film. We are shown the “before” image of Ladakh, a rich thriving culture in which residents live in large spacious homes, enjoy generous leisure time and have no concept of unemployment. Then we have the “after” image where, thanks to globalization, cheap (government subsidized) food, fuel and consumer goods have flooded the region and destroyed residents’ traditional livelihoods. Previously pristine communities face rising levels of air and water pollution, while Ladakhi teenagers face continual bombardment with pro-consumption messages.

It’s heartbreaking to see the psychological effect of all this. Most young Ladakhi have come to regard themselves as backwards and poor, while the communities they live in face rising racial tensions, juvenile delinquency and epidemic levels of major depression.

The Destructive Nature of Urbanization

The film goes on to sketch the mechanics of globalization, stressing the deregulation that forces small self-contained regions like Ladakh to open their markets to foreign goods, which quickly supplant local products. Norberg-Hodge paints an even uglier picture of urbanization, an inevitable result of forcing millions of small formers off their land. She stresses that city living is vastly more resource intensive than rural lifestyles. All city residents rely on food, energy and water transported from some distant source. They burn up additional fossil fuels transferring their waste as far away as possible. She stresses that most city residents go along with the massive ecological and social devastation they produce because it occurs on the other side of the world. Thus they don’t see it.

The solutions Norberg-Hodge offers for all these problems are similar to those proposed by an increasing number of dissident (non Wall Street) economists. First and foremost we must acknowledge that humankind has exceeded the earth’s carrying capacity – that the corporate drive for continual economic growth must end. Secondly people of conscience need to opt out of the corporate economy to facilitate the creation of more efficient and environmentally accountable regional and local economies.

Norberg-Hodge also sees the process of rebuilding local communities as a remedy for what she describes as the “crisis of the human spirit.” She blames this pervasive spiritual crisis on the demise of community engagement that has accompanied globalization and urbanization.  Although the process is most striking in remote regions like Ladakh, where it occurred suddenly, nowhere in the developed or developing world has escaped it.

The film ends on an extremely optimistic note, with numerous examples of international and community organizations supporting people in reclaiming their lives from multinational corporations.