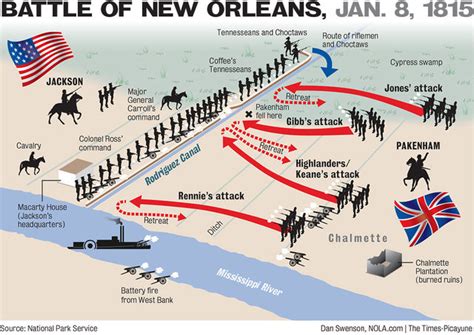 I especially enjoyed this lecture as I learned virtually nothing about the War of 1812 in school..

According to Ayers, the US had three main grievances leading up to the War of 1812:

According to Ayers, the British believed the Americans, who achieved no decisive battles, only won the Revolutionary War by default – when Britain pulled their troops to deploy them in European wars.

The US was divided about a new war on Britain. The southern and southwestern territories, led by Speaker of the House Henry Clay, believed the war was necessary to get Native Americans “under control” and open western territories to settlement. East Coast commercial and maritime interests opposed it.

Shortly after declaring war, the US experienced one military defeat after the other. The British successfully blockaded the entire US coast line (except for New England*). Things worsened in 1814, after Britain defeated Napoleon in Europe and engaged their entire military force against America.

The Seminoles (of whom 10% were escaped African American slaves) and a coalition of Shawnees, Choctaws, Cherokees, escaped slaves and dissident Creeks (known** allied themselves with the British (and Spanish***) under the warrior Tecumseh. Escaped slaves formally adopted by the Seminoles inspired them with stories of the 1791 revolution in Haiti in which African slaves won their freedom by driving white settlers out of the country.

The course of the war turned in favor of the Americans after Tennessee militia leader Andrew Jackson defeated the British in Mobile in 1814. When the British attacked New Orleans in January 1815 (which, according to Ayers, was a tactical area as the region mainly wetlands and extreme difficult to navigate by ship or on foot), Jackson assembled a motley force (5700) of army regulars, Virginia and Tennessee militia, pirates and Creeks to defend the city against 8000 British Red Coats.

Stalling in signing a peace treat at Ghent, the British capitulated on learning of their defeat at New Orleans. Jackson went on to attack the Seminoles in 1818. Mississippi came under US control in 1819. Georgia militias fought Spanish, Creeks, British and Seminoles along the Florida border until 1820.

*Owing to New England’s opposition to the war, the British hoped the northern states would secede from the US and resume their status as British colonies.

**Ayers uses about a third of the lecture to explain to explain extreme divisions occurring among the Cree tribes. Following the Revolutionary War, powerful Creek leaders in western Georgia, most of Alabama and northern Florida accumulated (by collaborating with European settlers) large private properties, cattle and slaves. Encouraging Creek women to learn to spin, they developed a textile industry that shipped cotton to the Gulf Coast. Infuriated by the bribery and corruption of their leaders, rebel “Redstrick” Creeks raided the farms of their wealthy leaders, killing their cattle and destroying their spinning wheels. In the resulting civil war, 15 percent of the Creeks lost their lives, as towns were destroyed and deforestation of deer hunting grounds led to mass starvation. Those who survived were forced to sign a treaty handing over 23 million acres (50% of all Creek-owned real estate) to the US government. This amounted to 3/5 of the modern state of Alabama and 1/5 of the modern state of Georgia.

***When US forces invaded Spanish-held land (Florida) in 1812, the Spanish fought to protect their holdings, teaming up with the British in the process. Spain didn’t formally cede Florida to the US until 1819.

This PBS documentary offers the highly sanitized mainstream version of the War of 1812, a historical event Canadians study in school but not Americans. This was the only war in history in which the US invaded Canada and lost. The main weakness of the documentary is its failure to point out that the US money supply was 80% controlled by London banks – both before and after a pointless war that ended in stalemate (see How the US Uses War to Protect the Dollar).

The “official” justification for the US declaration of war in June 1812 was the British policy of seizing US merchant ships headed for France. Owing to their war against Napoleon (1803-1815), the British seized hundreds of US merchant ships and impressed 6,000 US merchant sailors to serve in the British Navy. The final straw occurred when the British fired on a US naval vessel, the USS Chesapeake, which was harboring four British deserters.

According to the documentary, the true motivation was the desire of President James Madison and young Congressional Republicans to seize Indian and Canadian lands for sentiment and development.

For me the most significant aspect of this war was the strong antiwar movement that arose opposing it. Northern banks refused to finance the war (it was eventually financed by London’s German-owned Baring’s Bank) and New England states, which threatened to secede, refused to volunteer their militias.

For the fist year of the war, the US government relied mainly on state militias, as service in the US army was voluntary and pay and conditions were abysmal. The poorly led US militias made three disastrous attempts to invade Canada at Detroit, across the Niagara River and north through Vermont’s Champlain Valley. The US militias were defeated, despite outnumbering Canadian forces five to one. Most of Britain’s military forces were tied up fighting Napoleon in Europe. The Canadian side relied on a few British regulars, Native American warriors led by Tecumseh and French, Scottish and British farmers defending their land.

In 1814, the British captured Napoleon, releasing 60,000 troops for service elsewhere. In August 1814, they sacked and burned Washington (including the Capitol, the White House, the Library of Congress and the Navy Yard) and the city was only spared by a freak hurricane that forced British troops to retreat.

The Battle of Baltimore and the Battle of New Orleans would spell a reversal of fortune for the US. By this point the US had more professionally trained troops, though they depended heavily on Baltimore residents to build ramparts and state militias to help defend the city. The successful defense of Fort McHenry (Baltimore) in September 1814 would inspire Francis Scott Key to write the Star Spangled Banner. Congress would make it the US national anthem in 1931.