This documentary examines the link between social media sites that emphasize appearance with a growing incidence of anxiety, depression, and anorexia.

The film features commentary from a psychologist, a sociologist, a philosopher, a former anorexic and a female rapper. The latter has become a strong figurehead in the movement to promote natural, “self-determined” beauty standards.

All agree that women have been dissatisfied with their bodies for generations. Social media sites like Instagram tap into these insecurities by promoting a “new normal,” in which all users must look like supermodels to be rewarded with clicks, likes and emojis.

The video goes on to explore new social media sites devoted to women’s body building cults; the ubiquitous trend to portray women as objects of desire in advertising (remember “sex sells”); and the vicious online attacks directed against women who achieve public prominence in previously male-dominated fields (eg journalism, search, and government. The online attacks directed at these women are always sexualized in a way that dehumanizes them and belittles their appearance.

Typical comments they get include “You’re ugly,” “You’re fat,” “No one would want to fuck you,” and “You must suck in bed.”

Sociologically this phenomenon to relates to a mistaken belief promoted by right wing media that girls and women have “taken over” and that women are better educated and better off financially than men.

Plugged In: The True Toxicity of Social Media

This documentary examines the apparent link between widespread social media addiction and the spike in suicide rates among teens under 17. Depression has increased 70% over the last decade, with suicide rates increasing by 50% in girls and 30% in boys. In the same period, hospital admissions for eating disorders have doubled. This appears to relate to pervasive social media emphasis on personal appearance and staying thin.

The filmmakers interview pediatricians, psychologists, social media activists and teen victims of cyberbullying. They also examine whistleblower claims about Facebook deliberately designing platforms to produce the same dopamine* triggers that mediate addiction. The obvious goal is to create compulsive desire to spend more and more on Facebook, as well as Instagram and WhatsApp (both owned by Facebook). The more time you spend on Facebook, the more ads you see and the more profit you generate

Adults who regularly interact with teens will only be too aware of their constantly pinging smartphones. In many cases, they seem incapable of giving real life interactions their full attention. Psychologists worry we are setting up a whole generation to transition to adulthood with defective social skills.

I was surprised to learn that as of 2018, 60% of all social media posts were selfies. The teens interviewed reveal their selfie posts are rewarded with more likes than any other posts. At the same time, they report problems with chronically low self-esteem for failing to measure up to their friend’s posts.

While not mentioned in the film, I have had concerns for several years now that social media addiction may actually be a gateway drug – setting young people up for other dopamine-related addictions (amphetamines, cocaine, heroine, and nicotine). The deadly opiate addiction currently plaguing the US and other developed countries may be no coincidence.

At number of addiction specialists seem to agree with me: 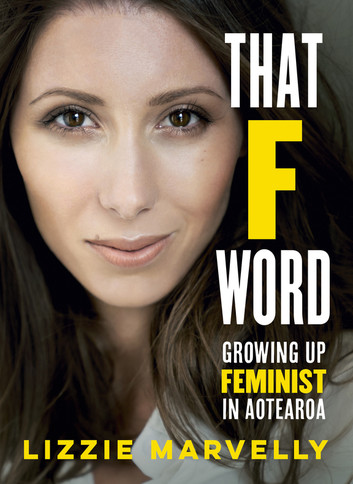 That F Word: Growing Up Feminist in Aotearoa*

The goal of That F Word is to dispel common confusion about the meaning of the word “feminist.” To singer journalist Lizzie Marvelly, the word simply refers to someone who advocates for full women’s equality. She illustrates by demonstrating all the ways in which women aren’t fully equal to men in New Zealand (or the rest of the industrial world).

If women were fully equal, they would enjoy equal pay for equal work, decriminalization of abortion* and equal representation in government, the boardroom and the media and entertainment industry. Domestic violence and rape culture would end because sexual abuse, sexual harassment and domestic violence would be prosecuted to the full extent of the law, as would the routine exposure of 14-year-old boys to misogynist Internet pornography; the widespread use of soft porn to sell commercial products; the continual media pressure on women to hate their appearance; and the constant verbal abuse and rape and death threats against women who openly express opinions in the public arena.

Marvelly views the advent of social media as a two-edged sword for women. Despite the ubiquitous use of social media by insecure men to verbally abuse, degrade and threaten women, it also offers women a unique opportunity to openly share personal experiences of abusive treatment by men. Even more importantly, social media has brought into the open the extreme level of misogyny women experience in contemporary society.

Presented as an expanded memoir, That F Word is a remarkable achievement for a 29-year-old author. In my view, it should be required reading for all men with a genuine desire to understand the condition of women in the 21st century.

*Aotearoa is the original Maori name for New Zealand

**In New Zealand, abortion is still a crime under the Crimes Act – unless a woman obtains independent certification from two health professionals that proceeding with the pregnancy will seriously endanger her mental health.

Trumpland: Kill All the Normies

This documentary, featuring Kill All the Normies* author Angela Nagle, examines the origin of the political movement that elected an openly racist, misogynist and xenophobe to the US presidency. Nagle believes that Trump initially gathered most of his support from the “dark” sections of the Internet, namely 4Chan and a variety of its spinoff sites. 4Chan is a roughly 20-year-old site where anonymous geeks – mainly teenagers – try to outdo each other with the most repulsive and/or obscene posts they can think of.

According to Nagle, 4Chan and similar sites made an ideal platform for insecure white males to anonymously scapegoat specific social groups (women, Blacks, Mexicans, Muslims) that they blame for their unhappiness. These sites came to be collectively known as the “manosphere community,” a multitude of social media sites hosted by PUA (pickup artists) and other members of the InCel (Involuntarily Celibate) known for their open hatred and degradation of women. The primary themes promoted by these sites are that women aren’t to be trusted, that they must be tricked into having sex by dwelling on their insecurities and that they should only deserve enough education to have children.

Eventually this “manosphere” would “weaponize” Twitter, by using it for toxic harassment of feminists and other publicly prominent women, with insults and threats to kill and/or rape them.

Trumps’ closest political advisor Steve Bannon, who tracked all these right wing sites, assisted Trump in mainstreaming the discontent he found there. Trump’s willingness to publicly give voice to these views provided him with an immediate fan base. Trump is the ultimate troll, drawing attention to himself by insulting people and generating outrage – a trait supporters fed up with “political correctness” particularly adore about him.

For me the most interesting segment criticizes Obama for setting the stage for the Trump movement by abandoning marginalized white workers, focusing instead on identity politics (mainly gay and gender rights) to maintain his liberal credentials.

One commentator blames backlash against against the “gender fluidity” movement, an extreme manifestation of identity politics (mainly concerned with gay and transgender rights) for the rise of the Trump phenomenon. This movement also weaponizes social media to attack views they deem to be “politically incorrect.”

*A “Normie” is Alt-Right speak for “mainstream.”