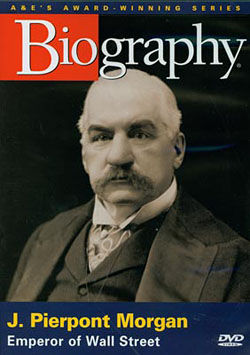 Classical Economics as a Stratagem Against Henry George (free link)

Why do American school children study the beliefs of a German radical named Karl Marx, the villain Americans love to hate? Yet Henry George, whose views on land and tax reform gave rise to the Progressive and Populist movements of the 1900s, is totally absent from US history books. During the 1890s George, author of the 1879 bestseller Progress and Poverty, was the third most famous American, after Mark Twain and Thomas Edison. In 1896 he outpolled Teddy Roosevelt and was nearly elected mayor of New York.

In Neo-classical Economics as a Stratagem Against Henry George (2007), University of California economist Mason Gaffney argues that George and his Land Value Tax pose a far greater threat than Marx to America’s corporate elite. America’s enormous concentration of wealth has always depended on the inherent right of the wealthy elite to seize and monopolize vast quantities of land and natural resources (oil, gas, forests, water, minerals, etc) for personal profit. Adopting an LVT would essentially negate that right. What’s more, every jurisdiction that has ever implemented an LVT finds it works exactly the way George predicted it would. Productivity, prosperity, and social well being flourish, while inflation, wealth inequality, and boom and bust recessions and depressions virtually vanish. (See prior post Facebook’s Billionaire Tax Refugee).

When Progress and Poverty first came out in 1879, it started a worldwide reform movement that in the US manifested in the fiercely anti-corporate Populist Movement in the 1880s and later the Progressive Movement (1900-1920). Many important anti-corporate reforms came out of this period, including the Sherman Antitrust Act (1890), a constitutional amendment allowing Americans to elect the Senate by popular vote (prior to 1913 the Senate was appointed by state legislators), and the country’s first state-owned bank, The Bank of North Dakota (1919).

The Corporate Elite Strikes Back

As with any major reform movement, the corporate backlash was predictable. In Neo-classical Economics, Gaffney reveals that this backlash took two main forms. The first was the Red Scare (1919-1989), overseen by J Edgar Hoover as Assistant Attorney General and later as FBI director. The second was more insidious and involved the deliberate reframing of the classical economic theory developed by Adam Smith, Locke, Hume, and Ricardo as so-called neoclassical economics. The latter totally negates Adam Smith’s basic differentiation between “land”, a limited, non-producible resource. and “capital”, a reproducible result of past human production. Smith, Locke, Hume, and Ricardo all held that individuals have no right to seize and monopolize scarce natural resources, such as land, minerals, water, and forests. They believed that because these resources are both limited and essential for human survival, they should belong to the public.

Neoclassical economics, which first developed in the 1890s, was based on the premise that growth and development can only occur if a handful of rent-seekers are allowed to monopolize scarce land and natural resources for their personal profit. Henry George, who publicly debated the early pioneers of neoclassical economics, claimed the science of economics was being deliberately distorted to discredit him. Gaffney agrees. Because George’s proposal to replace income and sales tax with single land value taxed is based on logical concepts of land, capital, labor, and rent advanced by Adam Smith, Locke, Hume, and Ricardo, they all had to be discredited.

Gaffney believes neoclassical economic theory undermines George’s arguments for a single Land Value Tax in two basic ways: 1) by claiming that land is no different from other capital (ironically Marx made the identical argument) and 2) by portraying the science of economics as a series of hard choices and sacrifices that low and middle income people must make. Some examples: