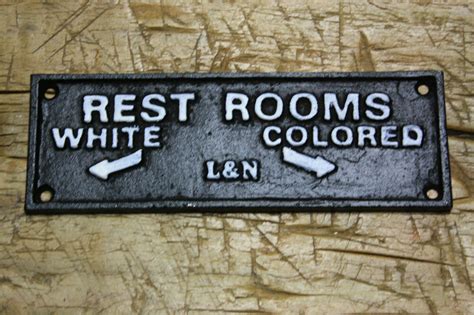 Episode 20: The Invention of Segregation

According to Ayers, Reconstruction had led to the natural development of public schools, poorhouses, orphanages for for newly freed Black citizens who lacked access to such services under slavery.

The first laws ordering public separation of Blacks and Whites applied to rail travel. Although nine states introduced laws separating Black and Whites on trains between 1887 and 1891, the term “segregation” wasn’t introduced until the 20th century. The railroads welcomed the laws to avoid incidents of Black passengers being accosted, assaulted and/or expelled by White passengers. Especially after one Black family won a lawsuit against the railroad for mistreatment.

Other forms of legally enforced segregation tended to accompany industrialization and urbanization. New cities tended to be segregated faster than older cities, as they purposely planned for separate facilities (eg streetcars, swimming pools for Black residents).

According to Ayers, one of the oddest features of racial segregation laws was that it only separated Blacks and Whites in public places. Extremely close (even intimate) interactions between Blacks and Whites were permitted in private settings, such as homes, and in male-oriented venues, such as bars, racetracks, boxing rings and brothels.  According to Ayers, the motivation for racial separation was in large part a backlash against the populists (see The People’s Party: How the South Gave Birth to Populism) and the threat of poor tenant farmers launching a new biracial coalition. Oddly, another strong motivation was sexual, ie the stated fear of white lawmakers that Black and White strangers comingling in public spaces might feel sexually attracted to one another.

Between 1890-1910, the South experienced their first significant out-migration of Black males and families seeking good paying jobs. Black sociologist and activist W.E. Dubois noted a significant break-up of Black extended families starting in the 1890s, as young adults left their sharecropping families to seek work in towns or in the North. Many elderly Black parents were left abandoned.

Some Children Are More Equal than Others

This film is about de facto segregation in South African schools – a major factor in making South African more unequal (two rich people control more wealth than the bottom 50% of the population) than when schools were first “de-racialized” with the end of apartheid in 1994.

At present South African schools are divided by parental status and income, rather than race. Urban professionals send their children to “English” public schools in the cities. In contrast, poor township residents have no choice but to send their kids to free Bantu schools. Township students are denied entrance to “English” schools – they are always “full” – even when parents can pay the substantial school fees. Owing to officials’ fears white parents will take their kids off to private schools, the latter are never turned away.

The teachers and education officials interviewed in this film blame the deplorable state of South African schools on endemic corruption. The shocking physical state of the leaky, ramshackle, toiletless township schools certainly lends credibility to this viewpoint.