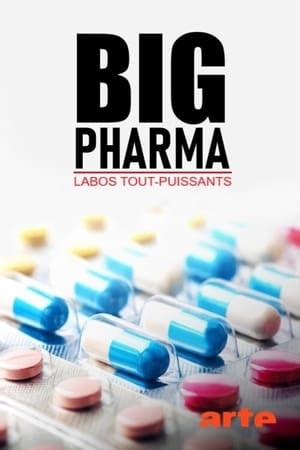 This 2020 documentary was obviously filmed pre-Covid. Although it mentions the growing tendency of Big Pharma to dictate government health policy, it makes no mention of Big Pharma’s role in pressuring WHO, the FDA, the CDC and other public health bodies to create mass hysteria over a low mortality respiratory illness, to suppress cheap and effective Covid treatments (eg Vitamin D, Ivermectin, hydroxychloroquine) and to blackmail all Western governments into forcing experimental gene therapy on all their hapless populations.

It begins with the saga of hedge fund manager and convicted felon and former CEO of Retrophin and Turing Pharmaceuticals Martin Shkrell. In 2015, Shkrell made headline new by increasing the cost of the lifesaving drug Daraprim* by 5000%. After defending his decision (to protect his shareholders) in his testimony before Congress, Shkreli was convicted of securities fraud. At present, he’s serving a seven-year prison sentence.

The film goes on to explore global class action suits against several pharmaceutical companies for suppressing studies revealing negative side effects of their drugs. One examined in detail is Depakene, an anti-epilepsy medication that causes developmental delay during pregnancy (in 40% of fetuses).

Filmmakers seem most scandalized  by the ridiculously high prices drug companies cause for life saving treatments. One example is the anti-cancer drug avastin, accidentally discovered to reverse age-related macular degeneration (AMD). Despite spending no money of their own developing this drug, Roche and Novartis immediately boosted the its price from $50 to $2000 per injection (into the eyeball) to $2,000 per injection.

The second example is the hepatitis C drug Sivaldi. Despite being developed with taxpayer funds at the National Institutes of Health, Gilead Sciences sells it for $84,000 for a three month course.

*Pyrimethamine, sold under the brand name Daraprim among others, is a medication used with leucovorin to treat the parasite diseases toxoplasmosis and cystoisosporiasis.

The film can be seen free at https://topdocumentaryfilms.com/big-pharma-gaming-system/