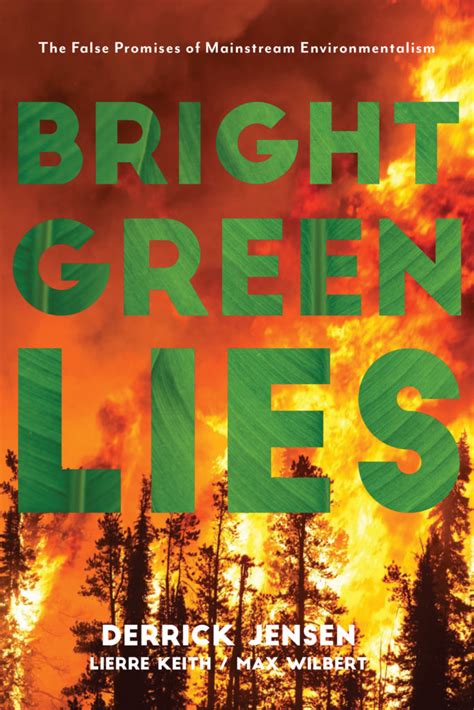 Bright Green Lies: How the Environmental Movement Lost Its Way and What We Can Do About it

The main premise of this book is that fossil fuels, especially oil, are functionally irreplaceable – that there is no way we can run our present industrialized society on renewable energy alone. A “Bright Green” environmentalist, according to the authors, is one who believes that green technology and design, along with ethical consumerism, will allow our modern, high-energy lifestyle to continue indefinitely.

The bulk of the book examines the massive environmental degradation associated with each of the renewable technologies, alongside major economic obstacles that prevent them from replacing fossil fuels. The authors devote an entire chapter to Germany. Despite spending tens of billions of dollars annually subsidizing renewable energy, the country derives 11.5% of its energy (30% of it biomass from clear cut forests*) from renewables.

Mining and manufacturing processes that produce silicon PVC’s are enormously energy intensive. In addition to producing hundreds of tons of CO2, the process produces large amounts of hexafluoroethane, nitrogentrifluoride and sulfur hexafluoride, greenhouse gasses tens of thousands of times more potent than CO2. They are also turning vast areas of China into wastelands where nothing grows and residents experience high cancer rates.

One Bright Green environmentalist calculates we must build 3.8 million 5MW wind turbines by 2030 to phase out our fossil fuel use by 2050. This will require 1.4 billion tons of steel for the towers and 1.9 million tons of copper for the nacelles.

The world’s largest iron mine is in an area of clear cut Amazon rainforest in Brazil. In addition to displacing hundreds of thousands of indigenous Brazilians, it (like other iron mines around the world) disseminates toxic wastes that cause cancer, birth defects and lung disease in nearby residents. Steel manufacture is the third largest source of green house gases after fossil fuels and electrical generation.

The largest global copper mine is the Rio Tinto Kennicott open pit copper mine near Salt Lake City. In addition to contaminating the region’s groundwater, the mine has contaminated the Great Salt Late with mercury, arsenic and asbestos-related chemicals.

In addition, expanding US wind energy to produce 20% of the country’s total electricity is estimated to result in the death of 1.4 million birds yearly from collisions with its turbine blades. This doesn’t include bird deaths from habitat destruction or collision with towers and power lines.

The most efficient storage batteries use 40-year-old lithium based technology. Fifty percent of the world’s lithium comes from high desert basins in Nevada, Tibet, Bolivia and Chile. Lithium mines in Chile’s desert basin have totally wiped out fish and unique desert vegetation, in addition to deprive the area’s subsistence farmers of scarce water resources. Lithium batteries aren’t recycled because it makes no economic sense: It’s complex, hazardous and more expensive than mining lithium.

Other storage technologies explored include

The conclusion the authors reach is that serious environmentalists should stop campaigning for corporate interests promoting renewable energy technology. What they recommend instead is

2. Helping to heal the planet  by promoting natural carbon sequestration

3. Campaigning to downsize energy consumption by transitioning from a perpetual growth to a steady state economy.

4. Campaigning to reduce hyper consumption and overpopulation (by liberating women***).

5. Adopting the same attitudes and behaviors required to prepare for the collapse of civilization (which looks increasingly likely). In other words, working to rebuild local communities to be self-sufficient and respectful of all life (including human beings).

*At present Germany imports timber and wood chips from clear cutting operations in the US, Canada, South Africa, Sweden, the Czech Republic, Norway, Belarus, and Ukraine to feed its biofuel industry. Much of this timber is sourced from US Southern wetland forests that are being cleared four times faster than the Amazon.

**The nacelle is the cover housing that houses all of the generating components in a wind turbine, including the generator, gearbox, drive train, and brake assembly.

***Research reveals that increase the carbon content of our soils by 2% would offset 100% of our greenhouse gas emissions to the atmosphere.