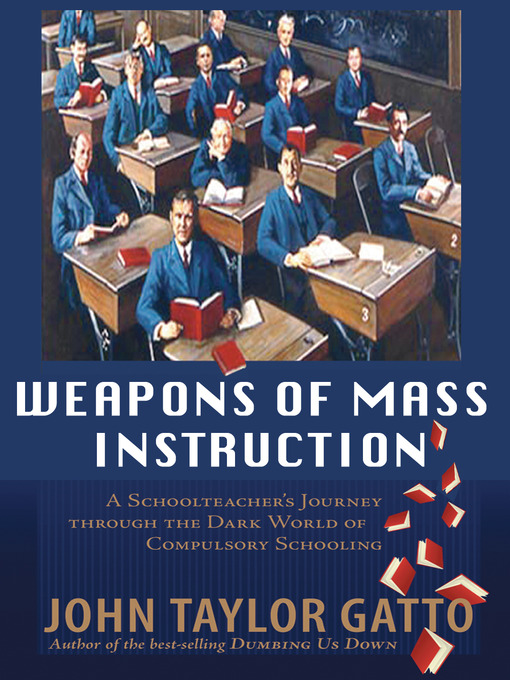 This book is the culmination of decades of research into the history of universal compulsory education in the US. It confirms my long held intuitive sense that the primary purpose of public schools is to produce obedient and compliant factory workers. In Weapons of Mass Instruction, Gatto unequivocally establishes that public education was deliberately designed this way – mainly by Andrew Carnegie, John D Rockefeller, George Peabody, and other Wall Street oligarchs through their charitable foundations.

Gatto leaves absolutely no doubt that public schools go beyond suppressing the truth about slavery, Native American genocide, and US empire building. From the beginning, US educational planners have consciously engaged in social engineering that discourages resistance to authority and deliberately conditions American children to become compliant workers and consumers. According to Gatto, the primary tools used are continuous enforced boredom and punitive regimentation that prevents children from developing the  self-awareness necessary for maturation. The end result is a society where most people remain perpetual children.

He traces what he refers to as the “Prussianization”* of US education to the 1840s. He also identifies Darwin and his cousin Dalton (founder of modern eugenics) as having a major influence over US public schools.

Gatto also writes at length about the invention of the artificial concept of “adolescence” by Johns Hopkins behavioral psychologist G Stanley Hall in 1904. Educationalists would use Hall’s definition of adolescence (“dangerous irrational state of human growth”) to justify extending compulsory schooling (which prior to the Civil War ended at age 12) into the teen years.

* Prussia and Britain were the first countries to use universal compulsory education to suppress creativity, originality, self-awareness, and similar traits that tend to lessen compliance and obedience in factory workers. Owing to the role Prussian (Hessian) auxiliaries played in the Revolutionary War, Prussian customs and culture were greatly admired in early US society.