Episode 1 The Geography of the American South

In this first lecture of a Great Courses series about stuff we never study in school, Ayers begins by reminding us the South gave rise both to the most recognized corporation in the world (Coca Cola) and the largest third party in American history (the Populist or People’s Party of the late 19th century – see Populism: America’s Largest Democratic Moment). He goes on to discuss the basic geology of the South, emphasizing the poor soil quality. Lacking prehistoric glacial deposits (North American glaciers never extended further south than Kentucky), most Southern soil is a low fertility mixture of red clay, aluminum and iron. The Mississippi Delta, the Shenandoah Valley of western Virginia and the Black Belt across Alabama and Mississippi are exceptions.

He gives a date of 40,000 BC for the arrival of indigenous Americans in North America from Siberia and describes fossil evidence suggesting they hunted (to extinction) mastodon, horses and camels  that foraged just south of the glacial ice sheet during the last Ice Age.

Around 1000 BC, there is evidence of corn being cultivated along the Mississippi. There is also evidence of early Native Americans using fire to clear forests for land cultivation and to drive the deer they hunted into open meadows. Numerous chiefdoms established settled communities in the southeast and abandoned them once they depleted their soils and wood stock. The chiefdoms built large mound-shaped monuments (and a handful of towers) and engaged in frequent resource wars with other chiefdoms.

A sudden severe cooling of the climate* between 1300-1850 AD led to a significant decrease in food production and population. At the time of first European contact, they had an estimated population (in the South) of 1.2 million.

When, in 1539, the explorer DeSoto led his army 4,000 miles from Florida to East Texas, he was looking for a rich society like that of Aztecs or Incas. Carrying none of their own provisions, they simply seized food from indigenous storehouses and either killed or enslaved any Native Americans who tried to stop them.

Three hundred Spaniards, including DeSoto, died on this expedition. Many chiefdoms lost between 2,000 – 3,000 warriors (each). In 1565 when Europeans settled in St Augustine Florida (the first European settlement in North America), Native Americans were further decimated by infections European illnesses and an ongoing process of warfare, enslavement, land expropriation and resource depletion.

Earlier chiefdoms reconstituted into the Choctaw, Cherokee and Katawba tribes, and by the time the English (who had no armies) arrived, southern indigenous people were helpless to resist further confiscation of their land.

*Believed to be due to solar dimming caused by large South American volcanic eruptions. 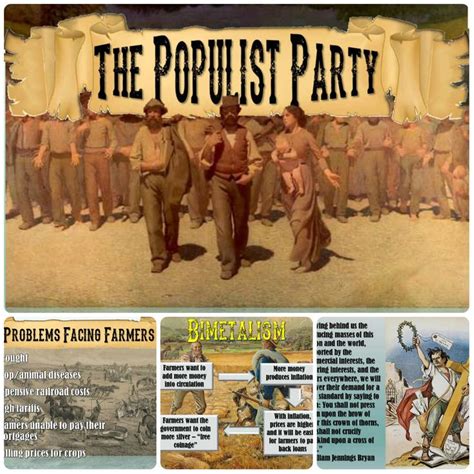 After 18 years with the New Zealand Green Party, I will be voting for the Social Credit Party in our parliamentary elections in September. Founded in 1954, Social Credit was NZ’s official third party for many years, winning 20-30% of the vote in the 1970s. They have consistently campaigned around ending the ability of private banks to create money. Contrary to popular belief, 97% of the money circulating in the global economy is created (out of thin air) by private banks when they issue loans. (See 97% Owned)

Given the impending dual crisis we face (post-COVID19 economic collapse and catastrophic climate change), the need to regain public control over our money system is more urgent than ever. New Zealand, like the US has embarked on massive Quantitative Easing (QE).  Under QE, money created by central banks is handed over to private banks to buy back Treasury bonds.* This influx of new cash is supposed to inspire private banks to lend lots of money to businesses to create new jobs.

The US, UK, and EU tried QE following the 2008 global economic collapse. It didn’t work then and it won’t work now. Instead of using these funds to increase business lending, private banks used it to increase stock prices by buying back shares, to increase CEO salaries, and to speculate in the housing market (driving up house prices) and derivatives.

The result? A so-called jobless recovery in which stock prices soared with minimal new job creation.

What we needed then and what we need now is for the new money central banks (including the Federal Reserve) to be spent directly into the economy to fund the COVID19 recovery.

The movement to retake public control of money creating is a very old one, growing out of the US Greenback Party. Named after the Greenbacks Lincoln issued to fund the Civil War (rather than incurring massive debt to private banks). In 1892, the party was reborn as the Populist Party (aka the People’s Party). In 1892, the Populist candidate for president won 8.5% of the popular vote. (See The Populist Moment)

It was a Labour government that first used the Reserve Bank of New Zealand to fund state housing and the State Advances Corporation* in 1936. The US and Canada also used direct Reserve Bank funding to reduce joblessness during the Great Depression and to help pay for World War II. The US continued to use this so-called “overdraft facility” to cover deficits until 1981, Canada used theirs until the mid-seventies, and New Zealand theirs until 1987.

*Treasury bonds are the financial instruments governments issue when they borrow money from financial institutions to fund their deficits.

Below is a recent local radio interview I gave with New Plymouth’s Social Credit candidate.

Plutocracy II (the sequel to Plutocracy) covers the resistance movements that arose in response to the brutal sweatshop conditions of US mines and factories in the late 19th century. Prior to the rise of the labor movement, most US workers earned starvation wages, as well as experiencing the highest rate of work place accidents and deaths in the developed world.

This documentary traces the rise of the Molly Maguires, the United Mine Workers, the Western Federation of Miners, the American Railway Workers Union (started by Eugene Debbs), the American Federation of Labor (which only represented white male skilled workers), the Peoples Party (aka the Populist Party), the Socialist Party, the International Workers of the World (IWW) and the progressive and anarchist movement.

Solidarity Forever also highlights the extreme violence used by industrialists and federal and state governments to suppress these movements. During this period, the Pinkerton’s guards (a private army hired by corporate elites), national guardsmen and even US troops openly shot and killed nonviolent strikers without fear of legal repercussions.

The parts of the film I found most interesting concerned the IWW and the anarchist movement. I was previously unaware of IWW’s strict code of nonviolence, despite the stark brutality they experienced at the hands of government authorities. I was also unaware of their role in empowering Mexicans, African Americans and women to assume lead organizing roles – nor that the IWW organized the highly successful (women’s) textile workers strike in Lawrence Massachusetts in 1912.

I was also intrigued to learn about a faction of the early anarchist movement that engaged in “Propaganda of the Deed,” planning and carrying out assassinations of industrialist, generals and politicians in the hope of inspiring mass insurrection.

I was previously unaware of the involvement of the early progressive movement (which had its origins in middle class Christianity) in the eugenics movement and Native American residential schools.