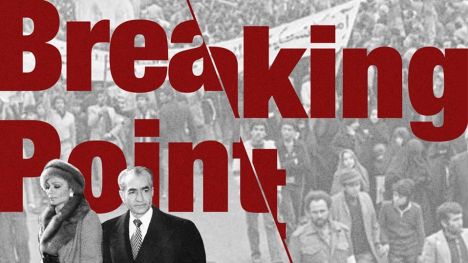 Since Google (which owns Youtube) has banned Press TV’s YouTube channel, Iran’s national broadcaster has started their own documentary channel.

I’ve just watched an excellent two-hour documentary on the Iranian Revolution. Up to this point, my only exposure to the 1979 revolution overthrowing Shah Reza Pahlavi came from a handful of CIA-scripted Hollywood films and a book by former Israeli agent Ronen Bergman.

The documentary begins with the 1953 US/UK coup against democratically elected Mohammad Mosaddegh, following his nationalization of Iran’s oil industry. Four years after the CIA  reinstated Pahlavi as Shah, they worked with Israel to help him create the Savak, a massive intelligence/police force that was even more intrusive and brutal than the East German Stasi.

In 1963, fearful of growing popular discontent, the US pressured the Shah to undertake a series of reforms, including land reform, forest nationalization, electoral reform (including voting rights for women), and and a scheme granting company shares to factory workers. His error was putting corrupt family members and military officers in charge, who pocketing most of the funding allocations for their personal use.

As of 1975, 60% of Iranians still lived in rural villages, where only 1% had access to electricity or clean drinking water. In fact, extreme rural poverty led to the steady migration of landless farmworkers to Iran’s cities, where they became peddlers, beggars, and prostitutes.

The Shah’s decision not to participate in the 1973 oil embargo* led to a massive increase in Iran’s oil export income – from $4 billion to $20 billion. The Shah would use a substantial portion of these funds to industrialize Iran and create an educated Iranian middle class. However he squandered most of it on a network of nuclear power plants and advanced military hardware that even European NATO members couldn’t afford.

Ayatollah Khomeini, the so-called Gandhi of the Iranian Revolution, first came to prominence in June 1963, when he was arrested for a speech publicly denouncing the Shah, the US, and Israel. The mass uprising following his arrest was quashed after the Shah declared martial law. Fearful of further unrest, the Shah, who originally intended to execute Khomeini, merely exiled him (first to Turkey, then Iraq).

For years, tapes of Khomeini’s speeches were smuggled into Iran, where they became extremely popular among students. In 1969, Khomeini (from Iraq) called for the Shah’s overthrow and establishment of an Islamic Republic. By the mid-1970s, nearly all Iranian opposition groups had united behind Khomeini,** including many ex-communists and the secular National Front (founded by Mosaddegh supporters).

When Carter became president in 1977, he again pressured Iran to undertake political and social reforms. The filmmakers believe the reforms (including greater press freedoms, release of political prisoners, and withdrawal of troops from the universities) merely emboldened the resistance movement, resulting in a wave of mass protests and general strikes. By late December, a prolonged general strike brought the economy to a standstill, with Iranian troops refusing orders to fire on strikers or protestors.

In January 1979, the Shah fled the country, and on February 1, three million Iranians turned out to hail Khomeini’s triumphant return from Paris (he was expelled from Iraq in October 1978).

*The embargo instituted by the Organization of Arab Petroleum Exporting Countries was aimed at nations supporting Israel is the 1973 Yum Kippur War.

**Unlike Sunni Islam, the Shi’a religion has a long history of rebellion against authority.

Although the video can’t be embedded, it can be view free at Breaking Point or at Press TV’s Facebook page (for now): https://www.facebook.com/PressTVdocumentaries