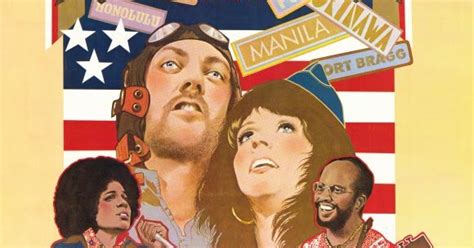 The Coming War on China

Two things I’ve learned over the years about John Pilger films are 1) there’s virtually no link between the film’s title and its content 2) they all include include considerable hidden history not taught in public schools. .

The main focus of this documentary is US empire building in the Pacific and its disastrous effect on US-China relations.

A good third of the film concerns the US annexation of the Marshall islands following World War II, followed by the cynical US government decisions to use residents (referred to as “savages” in classified documents) as radiation guinea pigs in atmospheric nuclear tests. .

After bombing some of the islands daily for 12 years, residents were forcibly returned to Rongelap despite dangerously high water and soil radiation levels. The US government then subjected them to repeated scans and blood tests to assess their response to the irradiated food they were eating.

As more and more developed cancer and produced offspring with birth defects, they begged the US government to move them. When the Americans declined, they appealed to Greenpeace International, which deployed the Rainbow Warrior to move them to an uncontaminated island in 1985.

The Marshall Islands are also home to the Ronald Reagan Ballistic Missile Defense Site. The latter forms part of a ring of strategic nuclear bases surrounding and aimed at China. This “noose” includes bases in Okinawa Japan (which are strongly opposed by local residents), South Korea, the Philippines and Australia.

Much of the film concerns the US occupation of China prior to the 1949 revolution (which I was totally unaware of), in large part to protect a thriving opium trade that was second only to slavery in providing capital wealth to the US corporate elite.*

The film also totally debunks common myths the US government promotes to justify their encirclement of China.

Myth 1: China aims to replace the US as the primary global empire.

Fact check: China has no interest in “converting” foreigners to their way of life as the US does. They simply refuse to be economically or politically controlled by US interests, like so-called US allies are. In Western Europe, for example, countries with nominal independence are forbidden to pursue foreign policy contrary to US interests.

Myth 2: Mao was an implacable enemy of the West.

Fact check: Mao Zedong secretly sought to establish diplomatic relations with Roosevelt, Truman and Eisenhower. After State Department officials who delivered Mao’s messages were fired as traitors, there was no on left in the State Department who could speak Mandarin.

Myth 3: China has a capitalist economy.

Fact check: China has a free market economy. According to Pilger, they reject the “capitalist” label because their billionaires aren’t permitted to influence or control  government operations as happens in the US.

Blowback: the Costs and Consequences of American Empire

Blowback is a catalog of US military aggression since World War II. It focuses primarily on covert operations by the CIA and Pentagon “special forces – though many of these operations progressed to full blown military invasions, as in Vietnam, Laos and Cambodia.*

The late Chalmers Johnson, a Southeast Asia specialist, also devotes several chapters to the US military occupation of Japan and South Korea following World War II. He traces how the CIA installed war criminals to run Japan’s government and secretly funded single party rule (by the Liberal Democratic Party from 1949-63. He also examines the continuing (extremely unpopular) US occupation of Okinawa.

Prior to reading Blowback, I had no idea that South Korean troops were under US military command until 1994, a year after the Korean people successfully overthrew the last US-installed puppet dictator. The Korean people fought for decades to expel the US military, despite their mass protests and demonstrations being violently suppressed by the US-run Korean military.**

Johnson also explores the immense unpopularity of the 700+ military bases the US maintains around the world – in part for their horrible record of environmental contamination (which they refuse to remediate) and in part for the notorious criminality of the GIs they host. In the case of Okinawa, GIs commit crimes at the average rate of one per day, ranging from muggings, reckless driving resulting in serious injury or death, rape and murder. In nearly all cases the Japanese government is denied jurisdiction to prosecute and US military court martials result in little more than a slap on the wrist.

Johnson maintains it’s largely owing to this history of GI criminality that the US refuses to accept the jurisdiction of the International Criminal Court (ICC).

**The US also supported the brutal regimes of the puppet dictators they installed in (partial list) Taiwan, Philippines, Cambodia, Indonesia, and Thailand.