Last night Maori TV showed episode six of the PBS Vietnam War series, covering the first half of 1968. Most of this episode deals with the January 31 Tet Offensive from the North Vietnamese standpoint. Although it was a failure militarily for North Vietnam, it was a public relations disaster for the US. It was the first time the North Vietnamese Army/Viet Cong had entered Saigon (they nearly capture the US Embassy.

After watching the nightly coverage of bloody conflict on US TV, the American people realized that Johnson had been lying when he claimed the US was winning the war. Esteemed TV journalist Walter Cronkite covered the Tet Offensive on the ground and came out against the war when he returned to the US.

When Johnson nearly lost the New Hampshire primary to anti-war candidate Eugene McCarthy (on March 30), he announced his decision not to seek a second term. 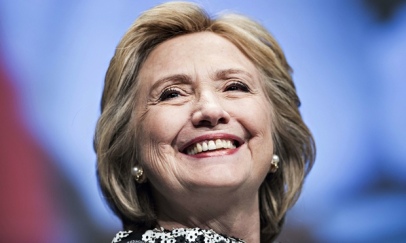 According to The Guardian, Hillary Clinton has broken with Obama and come out against the Transpacific Partnership Agreement (TPPA) signed in Atlanta earlier this week.

I believe Clinton’s reversal is a clear reaction to Bernie Sanders’s vigorous populist campaign for the Democratic candidacy. Despite his longstanding support for Israel and US militarism, Sanders is an outspoken opponent of TPPA.

Clinton can’t help but be wary of the legions of young people attracted to his campaign, his impressive polling in key primary states* nor his impressive impressive fundraising prowess. According to CNN as of 9/3015, Clinton had raised only slightly more money than Sanders.

The Guardian article refers to a taped interview with PBS News Hour, in which Clinton states, “As of today (10/7/15), I am not in favor of what I have learned about it”.

She adds, “I don’t have the text, we don’t yet have all the details, I don’t believe it’s going to meet the high bar I have set.”

Clinton specifically criticizes the TPPA’s failure to address currency manipulation. She also feels, under TPPA, that “pharmaceutical companies may have gotten more benefits and patients and consumers got fewer”.

This is a clear reversal for Clinton. Previously a staunch supporter of TPPA, she played a leading role in its negotiation while serving as secretary of state.

According to the Guardian article, Democratic presidential hopeful Martin O’Malley also opposes the TPPA, as do Republican front-runner Donald Trump and Rick Santorum.

For more on Clinton’s reversal on TPPA, here’s the original article.

Clinton’s sudden reversal and Trump’s strong opposition to TPPA suggest the secret so-called trade agreement (it’s really an agreement to suppress sovereign democratic rights in favor of multinational corporations) is in for a rocky ride when it goes to Congress for approval the first week in January.

For more information why TPPA is such a bad deal for the ordinary citizens in all 12 countries that are signing it, see Wikileaks Leaks TPPA Draft

*  New Hampshire, one of the first primary states, is the only state in which Sanders out polls Clinton ( 46% to 30%) . Nevertheless polling in Iowa and other key primary states show he’s rapidly eating into her lead.