This early 2016 documentary is a virtual encyclopedia of Clinton family corruption. Based entirely on publicly verifiable information, it reveals how Hillary, especially, has based her political career on supporting legislation that specifically benefits her corporate and foreign donors. It also explores the identity of some of the 700 Democratic “superdelegates” who helped deny Bernie Sanders the Democratic nomination – despite overwhelming support he received from voters.

The Clinton Foundation was founded in 1997 with the alleged purpose of providing humanitarian relief after international disasters. Its real purpose, however, was to engage in “crisis capitalism,” a term coined by Naomi Klein in The Shock Doctrine. Following a disasters, such as the 2001 earthquake in India, the Clinton Foundation would waltz in and create a variety of for-profit projects enabling further exploitation of third world resources and labor by Clinton Foundation donors.

As Secretary of State, Clinton would grant similar favors to Boeing and GE by facilitating overseas sales of their military hardware and to Exxon by heavily promoting the spread of fracking throughout the world.

Countries such as Saudi Arabia, Oman, United Arab Republic and Qatar were also big donors to the Clinton Foundation. In all 181 Clinton Foundation donors lobbied Clinton as Secretary of State and most were successful in getting the policies they advocated enacted.

Many of the 700 superdelegates appointed by the Democratic National Committee (to help ensure their hand picked candidates won the Democratic primary) were also corporate lobbyists hoping to benefit financially from a Clinton presidency: among others, the corporate lobbies represented included the Excel pipeline, the private prison industry, Big Pharma and the four main Wall Street banks (City Group, Morgan Stanley, Goldman Sachs and JP Morgan Chase).

How Do We Build Movements That Can Win

While she begins by focusing on climate change, she heavily emphasizes that environmentalists alone can’t solve the crisis of catastrophic climate change – that it will require a large diverse coalition of activists organizing around a broad array of environmental and social justice issues. While she doesn’t state directly that it’s impossible to prevent climate change under capitalism, this is strongly implied.

Another concept Klein stresses is the importance of radical ideas in creating the conditions for major reform. She gives the example of the calls for socialist revolution following the 1929 Depression and during the Vietnam War – how serious discussion of revolution scared the corporate elite so much that they granted major economic reform (the New Deal) under Roosevelt and major environmental reform under Nixon (creation of the Environmental Protection Agency, the Clean Air Act, the Clean Water Act, etc.).

Klein also gives the example of the Leap Coalition in Canada, which is working for bold social and environmental justice reforms, as well as the development of community controlled energy systems (similar to Germany’s) – where the profits from energy production fund community services, such as teaching, daycare and senior care – rather than distant corporations.

Two nights ago, the New Plymouth Green Party and Climate Justice Taranaki sponsored the showing of Naomi Klein’s This Changes Everything. We used the Tugg theatrical-on-demand platform, which allows individuals and groups to show one night film screenings at their local theater. Our cinema was packed (with 90 people) in contrast to the 12-15 watching Hollywood films in the other auditoriums.

The documentary, based on Naomi Klein’s best selling book of the same name, is about the global climate justice movement. Both the book and film take their title from Klein’s premise that the problem of climate change can’t be solved under our current capitalist economic system.

The documentary mainly showcases the mass global protests against the environmental destruction caused by the fossil fuel industry. Klein, who narrates the film, notes a major shift in the environmental movement, with growing numbers of poor and indigenous peoples fighting a fossil fuel industry whose slash and burn mentality threatens their ability to provide food, water and other basic necessities for their families.

The main premise of the film (and the book) is the carbon pollution, like other large scale environmental damage is the result of a dysfunctional story we’ve been telling ourselves over the last 400 years – namely that nature is a kind of machine that must be mastered and dominated at all costs. According to Klein and the numerous activists she interviews, this needs to be replaced by the much older story about humanity living in harmony with nature.

One highlight of the film is her visit to an ultra right free market think tank called the Hartland Foundation. Funded by billionaire fossil fuel barons like the Koch brothers, Hartland is the primary sponsor of the US climate denial movement.

This Changes Everything can be rented from Vudu for $3.99 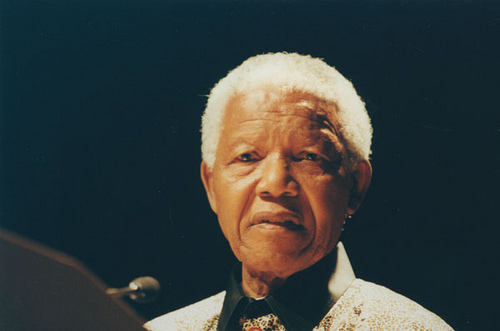 In “The Mandela Barbie,” BBC journalist and investigative reporter Greg Palast’s eulogy of Nelson Mandela provides a rare breath of sanity in the media stampede to remake a legendary Marxist revolutionary into an icon of free market capitalism. According to Palast, “The ruling class creates commemorative dolls and statues of revolutionary leaders as a way to tell us their cause is won, so go home.”

Al Jazeera America also offers a fairly balanced assessment of Mandela’s accomplishments. In “Mandela Sought Balance Between Socialism and Capitalism,” Martin O’Neill and Thad Williamson acknowledge that Mandela and the African National Congress totally failed to deliver on economic provisions – freedom from poverty, genuine equality of opportunity and a fair share of national wealth – in the ANC’s 1955 Freedom Charter. They also note that despite the advent of majority rule, poverty and living standards are much worse for black South Africans under the ANC.

I frankly expected Democracy Now, the Nation, Mother Jones and other “alternative” media outlets to do a better job of distinguishing between superficial ballot box democracy and the genuine freedom that can only come from true economic democracy. Instead they were all happy to ape CNN and the New York Times in celebrating the cosmetic reforms masking the reality of brutal South African living conditions.

Naomi Klein and The Shock Doctrine

Naomi Klein has an excellent chapter on the Freedom Charter and South Africa’s worsening economic apartheid in her bestselling 2007 The Shock Doctrine. In “Born in Chains: South Africa’s Constricted Freedom,” she offers a blow by blow description of the secret negotiations between the ANC and the outgoing apartheid regime. In her view, the ANC was clearly outmaneuvered at the negotiating table. This happened in part due to political naïveté, in part due to the threat of civil war (the South African police were continuing to massacre ANC leaders and white industrialists were arming black gangs to terrorize the black townships), and in part due to the ANC’s misplaced confidence in Thabo Mbeke, a London-trained admirer of Margaret Thatcher (who would succeed Mandela as president in 1998).

The Trap of “Trickle Down” Economics

Because the apartheid regime and Mbeke minimized these economic concessions as merely “technical” and “administrative,” they received no serious examination by either the media or ANC loyalists. Only in 1994, after ANC leaders assumed positions in government, did they recognize this economic stranglehold left them with no real power.

Between 1994 and 1996, the ANC government attempted to make good on the Freedom Charter’s promises of wealth redistribution through government investment in 100,000 new homes and subsidies to connect millions of households to water, electricity and phone services. In the end, however, mounting government debt forced the ANC to raise rents and utility prices, as well as evicting families and cutting off services when poor residents couldn’t make their payments.

Once the threat of civil war abated, Klein feels the ANC missed a historic opportunity to launch a second liberation struggle against economic apartheid. Instead, under the neoliberal stranglehold of an independent central bank, the IMF and the WTO, the economic welfare of black South Africans steadily worsened. Instead of creating new jobs, the ANC was forced to shut down hundreds of auto plants and textile factories because of WTO rules outlawing government subsidization of manufacturing. They were also required to abide by WTO intellectual property rules which prevented them from providing generic drugs to millions of AIDS patients.

After three decades, there is no longer any doubt that neoliberal trickle down economics benefits wealthy corporations at the expense of people and always increases income inequality. South Africa is no exception. As Klein notes, the effects of economic apartheid were already brutally clear after only twelve years under a majority black government. By 2006

The Shock Doctrine is available digitally at TheShockDoctrine.pdf

I’m really stoked this morning that my new $3.99 ebook A Rebel Comes of Age has been nominated for a Global Ebook Award. Purchase link (all formats): A Rebel of Age 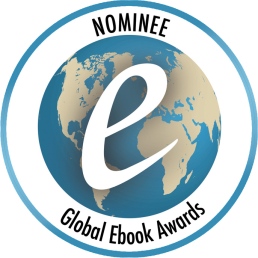 I’m even more pleased to learn it’s been pirated by at least five Torrent download sites. None of my earlier books have been pirated, so I should be flattered, right?