In this presentation, anthropologist David Graeber talks about his 2012 book Debt: The First 5,000 Years

For me, the most interesting part of the talk is his discussion of the historical link between debt and the rise of the world’s major religions (Hinduism, Christianity, Confucianism, Islam, Buddhism, Judaism) between 500 BC and 600 AD.

As Graeber describes it, all commerce was based on credit prior to the development of coinage around 500 BC. In all societies, coinage arose in conjunction with the onset of empire building – traveling armies had to be paid in hard currency rather than credit. The result, according to Graeber, was the simultaneous rise of military/coinage/slavery* empires in Greece, China and India.

According to Graeber, all the major religions arose around the same time – as a “peace movement” opposing militarism, materialism and slavery.

Around 400 AD, when the Roman and other empires collapsed, coinage vanished, along with the standing armies that necessitated its creation. During the Middle Ages, nearly all financial transactions were based on credit. Until 1493, when the “discovery” of the New World initiated a new cycle of empire building, accompanied by militarism, coinage and slavery.

I was also intrigued to learn that Adam Smith stole most of his thinking about free markets from medieval Islamic philosophers. The Islamic ban on usury enabled the Muslim world to operate pure free markets that were totally outside of government influence or control. Trying to operate an economy without such a ban (or a system of debt forgiveness like the Biblical practice of Jubilee) leads to inevitable economic chaos and ultimately collapse, even with government intervention.

People who like this talk will also really like a series Graeber recently produced for BBC4 radio entitled Promises, Promises: The History of Debt.  In it, Graeber explores  the link between Native American genocide and the harsh debt obligations imposed on the Conquistadors.  He also discusses the formation of the Bank of England in 1694, the role of paper money as circulating government debt and the insanity of striving for government surpluses.

* In ancient times, the primary mechanism by which people became enslaved was non-payment of debt. 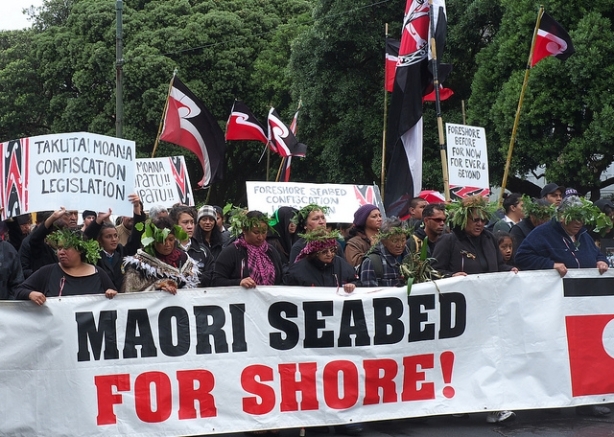 For me personally, the advantages of living in New Zealand far outweigh the negatives. One of the major positives is the greater willingness of Kiwis to get involved in grassroots campaigns for political change. Give my 30+ year history of activism, this is obviously a high priority.

Overall, I find Kiwis to be less alienated and apathetic than their American cousins, less likely to be taken in by the corporate hype they see on TV, and more confident about their ability to bring about change through collective action. I believe this relates, in large part, to a well-organized, militant indigenous (Maori) movement. Their highly visible activism models the importance of collective struggle for other New Zealanders, in much the same way the American civil rights struggle provided a role model for the US antiwar movement, and the women’s, gay and disability rights movement.

There are also a number of institutional and social features about New Zealand society that make political organizing somewhat easier. 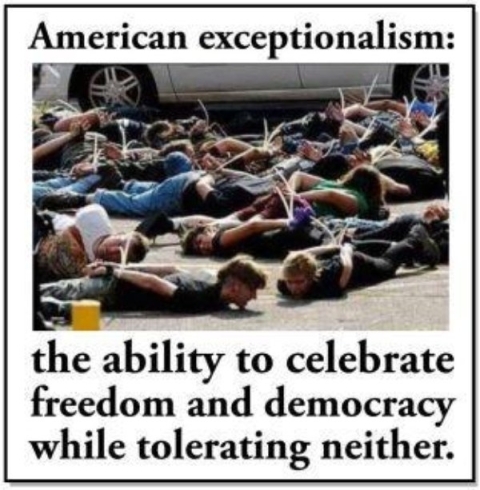 For people over fifty, starting over in a new country is like dropping a lab rat in a gigantic maze. Like the rat, you suddenly find yourself in an alien environment that constantly confronts you with new decision points and obstacles.

For example, learning to use a new phone system. It took me months to figure out the Christchurch phone book, owing to the unique alphabetization protocol New Zealand uses. I also had to learn to dial 111 for emergencies, 1 for an outside line and 0 for a cellphone or long distance number. And not to waste hours redialing a number when I got a “fast busy” signal. It sounds exactly like the “slow busy” signal but means the number has been disconnected.

It helped a lot to meet other American expatriates struggling with the same problems. It was also extremely gratifying to realize I wasn’t alone in my total repudiation of Bush’s wars crimes in Afghanistan and Iraq.

As I would later learn, tens of thousands of American progressives and liberals left the US during the Bush years. In November 2003, expatriate Americans led the antiwar demonstrations protesting Bush’s visit to London. American expatriates also formed major voting blocks voting blocs for Kerry in 2004 and for Obama in 2008 (I myself didn’t vote for him – I voted for Nader).

My Struggle With American Exceptionalism

Ironically the biggest hurdle I had to overcome was my own lack of objectivity regarding my country of origin. Given that my decision to emigrate was politically motivated, this really surprised me. Somehow it seems no matter how strongly Americans consciously reject America’s immoral and corrupt political system, we all unconsciously buy into the American exceptionalism that the education system and corporate media pound into us. The belief that the US is not only the foremost military and economic power, but also the most productive, efficient, cleanest, healthiest, transparent, just and scientifically advanced.

This is an extremely rude awakening for many Americans. It certainly was for me. In my case, Kiwi colleagues confronted me for my attitude that the US was more advanced in medical research. Looking back, I am both mystified and embarrassed that I took this position. I have known for at least two decades that US medical research is mainly funded by Big Pharma, which has a well-earned reputation for buying and publishing research that promotes profits at the expense of scientific objectivity.

Two of the most common examples are 1) research that promotes fictitious illnesses (such as estrogen “deficiency” disorder in menopausal women) to market marginally effective and frankly harmful drugs and 2) research that grossly minimizes the role preventive medicine and non-pharmaceutical interventions have in promoting and maintaining human health.

The Link Between Exceptionalism and Empire

Over time I came to understand that citizens in all great military empires are under enormous pressure to hold and express patriotic and exceptionalist beliefs. In Nazi Germany, you could be shot on the street for unpatriotic statements. When Britain was the world’s great empire, they gave you a trial first, but you could be imprisoned or even executed for treasonous utterances.

This is the second major awakening for many American expatriates: until we leave, we never fully appreciate that US militarism overshadows all aspects of American life. Again I have known for decades that the US government spends more than half their budget on the Pentagon. I also know that the purpose of the US military isn’t to defend ordinary Americans. The US invades and occupies other countries to guarantee US corporations access to cheap natural resources, sweat shop labor and markets for agricultural exports.

Yet it wasn’t until I left that I fully recognized the enormous personal price Americans pay – in terms of personal liberty, freedom of speech and thought and quality of life – as subjects of a great military empire.