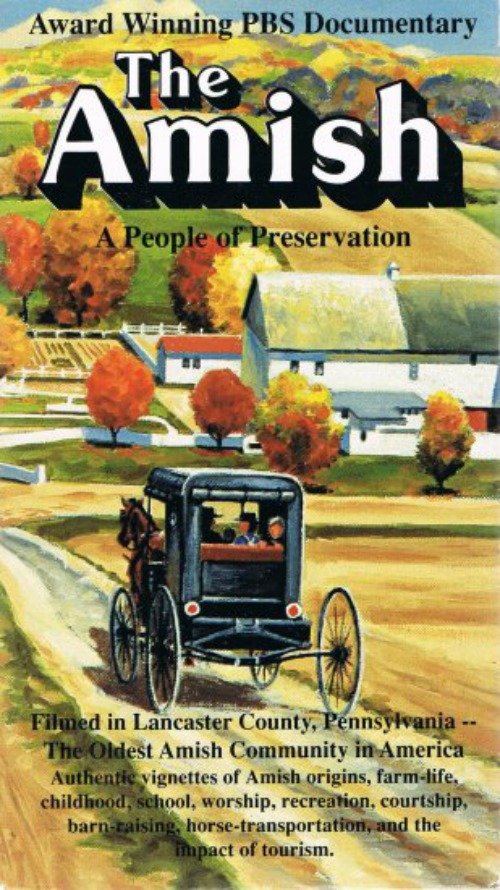 The Amish: A People of Preservation

Like social justice activists everywhere, many of us us openly mourn the destruction of community and increased social isolation under advanced industrial capitalism. As Charles Eisenstein describes in Sacred Economics,* many of us have become conditioned to rely on technology, rather than each other, to meet basic survival needs. The problem is clearly aggravated by the growing up take of social media (especially among young people) in preference to face-to-face contact.

Industrialized society has recognized too late that human beings have a powerful biological need for social interaction and interdependence. Watching this documentary, I was intrigued to learn that North American Amish communities are wary of technology, not because it’s sinful, but because they recognize its disruptive potential for their communities.

Skyrocketing land prices have forced many Amish communities to employ mechanization (combines, harvesters, milking machines, etc) to maintain the economic viability of their family farms. However most are careful to ensure that new technology doesn’t alter the collective character of farm work or preclude the continuing engagement of older family members. For example, using technology to process harvests is permissible, but not to propel farm vehicles. For this horses must be used.

Likewise nearly all Amish use pay phones for business reasons, but land lines and cellphones aren’t allowed within the home (they disrupt family life). Also the Amish are allowed to accept rides in neighbors’ cars – they’re just forbidden to own vehicles themselves.

Here the filmmakers agree with Eisenstein – collective work has always been one of the most enjoyable ways for human beings to interact. Engaging in collective farm work, such as harvesting, is a form of recreation for the Amish. Likewise when 30 or more men gather to build a house or barn, the Amish refer to it as a “frolic.”

According to the film, in 2000 there were approximately 200,000 Amish in North America in two dozen states and Ontario. Their religion originated from a Swiss Anabaptist sect formed in 1670 that subsequently split into Amish and Mennonites (who tend to be less conservative). Due to religious persecution, both groups migrated to Pennsylvania and Ohio in the 18th and 19th century. Amish parents raise their children to speak English and a Swiss dialect of German (commonly known as Pennsylvania Dutch).

Anyone with a public library card can view this documentary free on Kanopy. Type “Kanopy” and the name of your library into your search engine to register.