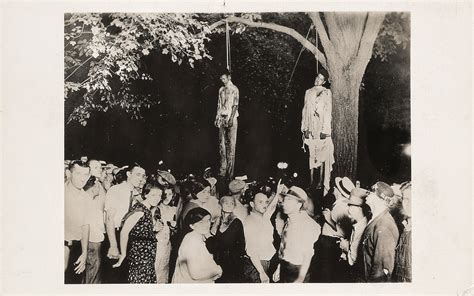 The Fight for America Episode 2

Episode 2 briefly covers Civil War Reconstruction, and the immense progress freed slaves made when federal troops occupied the South. This included the construction of a large number of public schools. The latter served both Black and white students, in many cases the first time poor Southern whites enjoyed access to pubic education. It also saw the election of a large number of African Americans to local and national office.

Moreover the Supreme Court ruled against Southern Blacks who sued for their right to equal protection (against arbitrary loss of life, liberty or property) under the 14th Amendment.

In the 1873 Slaughterhouse case, the SCOTUS ruled US citizens had to look to state governments for the privileges and protections guaranteed under the 14th Amendment.

In the 1876 Cruikshank case, the SCOTUS ruled the 14th Amendment doesn’t protect US citizens from violence inflicted by private citizens (eg lynching).

In the 1883 Civil Rights case, the SCOTUS ruled the 14th Amendment doesn’t protect US citizens from discrimination by private businesses.

In the 1896 Plessy vs Fergueson case, the SCOTUS ruled state segregation laws constitutional so long as Black citizens were offered “separate but equal” facilities.

KKK terrorism, combined with increasing northern industrialization would lead to a mass migration of southern Blacks to norther cities seeking factory jobs. In many cities, they found that mob violence against African Americans was just as dangerous as in the South.

In 1909 journalist and educator Ida Wells founded the NAACP as part of her tireless campaign to end lynching and white mob violence.

In this episode, filmmakers also examine the origins of southern Lost Cause ideology, which holds the South won a noble victory by “defeating” federal Reconstruction efforts. According to filmmakers, this ideology is celebrated in the 1915 film Birth of a Nation, the 1939 film Gone with the Wind and a host of highly controversial Confederate monuments in all the confederate states.

In the Executioner’s Shadow

This documentary concerns the death penalty in the US, the only remaining Western industrialized nation to retain execution as punishment for both legal and political crimes.*

In public opinion polls, 50% of Americans favor the death penalty and 50% oppose it. The annual number of executions peaked during the 1930s, when lynchings were popular entertainment in many communities. In 1936, following massive public backlash against the execution of Rainey Bethea, whom many believed innocent, most states moved to hide their executions inside in death houses. With the advent of DNA evidence, roughly one in ten death row inmates is ultimately proven innocent.

For many years, electrocution was the method of choice. This changed to lethal injection in most states several decades ago.

The film profiles the emotional struggles of  two families of murder victims and a former Pennsylvania chief executioner, as they confront the issue of public execution. The former executioner, who performed 62 executions over 17 years, presently campaigns against the death penalty. He asserts that neither judges nor juries  would sentence people to death if they had to carry them out themselves.

A couple whose daughter was robbed and murdered during a break-in outraged their local district attorney by fighting to save their daughter’s killer’s life. After watching other parents’ being overcome by the grief and anger of 15+ years of death row appeals, they decided compassion and forgiveness was the better avenue.

Another couple, whose daughter was killed in the Boston Marathon, supported the death penalty for the convicted bomber Dzhokhar Tsarnaev.

His death sentence was overturned in July by a federal appeals court: https://www.nbcboston.com/news/local/tsarnaev-death-sentence-tossed-federal-appeals-court-orders-new-penalty-phase-trial/2169713/

*The film neglects to mention that Obama signed an executive order in July 2016 allowing the President to order extrajudicial assassination of political enemies without due process of law.

The Great Depression – Part 7 To Be Somebody

The 1930s saw a big increase in southern lynchings of African Americans. In 1935, this would lead to a major campaign by the National Association of Colored People to win FDR’s support for a federal anti-lynching bill. Still fearful of southern Democrats, Roosevelt declined to support the bill when it passed the house in 1937 and was blocked by a Senate filibuster.

In 1937 the Daughters of the American Republic (DAR) blocked African American opera singer Marion Anderson from performing at Constitution Hall. Instead Eleanor Roosevelt arranged for her to sing at the Lincoln Memorial before an audience of 25,000.

This episode also explores the 100+ Nazi groups that emerged during the thirties in the US. They would hold marches in full Nazi regalia in 19 cities. Without a following of over 10 million listeners, antisemitic radio host Father Coughlan delivered weekly rants about “America for Americans.”

After the November 1938 Kristalnacht* resulted in the mass destruction of Jewish businesses, the arrest of 20,000 Jews and the death of 38, human rights advocates pressed FDR to accept Jewish refugees from Germany. He refused.

*Kristallnacht was a pogrom against Jews throughout Nazi Germany on 9–10 November 1938, carried out by SA paramilitary forces and German civilians.

Slavery by Another Name

This shocking documentary reveals how virtual slavery persisted in the South for 80 years after the Civil War and the enactment of the 13th amendment. This involuntary servitude, based on Jim Crow laws and illegal debt slavery, allowed Southern factories, railroads, mines and plantations to use former slaves as a captive workforce. Prior to 1941, the federal government largely turned a blind to these activities, owing to the economic importance of free labor in the industrialization of the South.

When the Civil War ended in 1865, Congress imposed a period of radical Reconstruction on the South. Enforced by federal troops, it ensured that newly freed slaves enjoyed the right to vote and other civil liberties they were guaranteed under the 13th, 14th and 15th amendment.* The 1500 or so black politicians elected to Reconstruction governments established the first free public schools (for white and black students) in the South.

Reconstruction ended in 1875. When a pro-Southern majority took over Congress, control of Southern states and communities reverted to the wealthy elite which had run the slave plantations. Thanks to a loophole in the 13th amendment (see below), all the former slave states quickly established a system to lease convict labor to private companies and plantations. The Jim Crow laws they passed made blacks subject to arrest for petty misdemeanors, such as walking along the railroad tracks, speaking in a loud voice in front of white women, spitting, loitering and vagrancy (all blacks were required to carry proof of employment at all times).

Following their arrest, Southern prisons hired these men (one-third were boys under 16) out to plantations and private companies for $9 a month. Small towns would conduct large police sweeps at cotton picking time or when coal companies were recruit miners.

Working conditions were far worse than under slavery. Companies had no incentive to keep black workers healthy and safe – workers who died were easily replaced. Death rates, especially in the coal mines, were extremely high – roughly 30-40% per year.

Even more Southern blacks were enslaved through illegal debt peonage schemes, which used real and fictitious debts to force them into involuntary servitude. This was based on a totally corrupt legal system in which unscrupulous law enforcement officers collaborated with bent magistrates and justices of the peace. Deputy sheriffs would take blacks into custody, claiming they owed them money. Without a shred of proof, their magistrate friends would throw them in jail. The same deputies would then “buy” and resell them at a profit to private companies and plantation owners.

In the early 1900s a federal grand jury investigated Alabama for debt peonage, illegal under federal law, and returned a number of indictments. Although most were dropped, two of the worst offenders sentenced to federal prison. Concerned about potential ramifications for American industry (the world’s largest corporation US Steel owned the Birmingham coal mine that employed convict and debt-based labor), President Teddy Roosevelt pardoned both of them.

Sharecropping was another form of illegal debt peonage. Forced to borrow their living expenses from plantation owners who charged 50-90% interest, sharecroppers had no hope of ever repaying their debts. Worse still, state law prohibited them from leaving the plantation with unpaid debt. Those who tried were arrested and brought back.

The Early Role of the NAACP

All this began to change in the early 1900s with the steady migration of Southern blacks to the North, as well as the creation of the National Association for the Advancement of Colored People in 1909. The latter actively campaigned for anti-lynching laws, as well as stronger enforcement of federal laws banning debt peonage and convict leasing to private entities.

Progress was incredibly slow. By the early 1930s, there were still 4.8 million blacks in the South. Most were caught up in some form of involuntary servitude.

It would the Japanese bombing of Pearl Harbor in December for Franklin Roosevelt to mandate aggressive prosecution in all cases of involuntary servitude. His primary concern was that Japan would seize on America’s horrific treatment of African Americans for propaganda purposes.