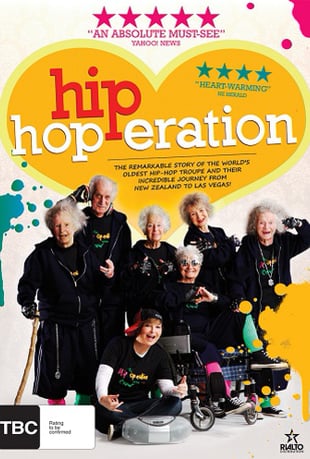 Last Call at the Oasis

This is a wide ranging documentary about the global freshwater crisis. It focuses mainly on the US, which has the largest water footprint per capital. However it also briefly addresses even more severe water issues in Australia, the Middle East and India.

The film addresses numerous issues contributing to the shortage of fresh water – climate change, causing more frequent droughts and declining snow backs (an important source of fresh water), the rapid depletion of groundwater (many US aquifers are predicted to be totally gone in 60 years), and the contamination of remaining freshwater by unregulated toxic chemical discharge, factory farm waste and fracking wastewater.

As usual the federal regulatory agencies (EPA, FDA, USDA) come off looking really badly in contrast to their European counterparts. It also comes across loud and clear that poor Americans suffer the most from contaminated drinking water – especially when government looks the other way.

The film also highlights how spoiled and entitled many Americans are in their attitudes towards water conservation.

My favorite part of the film features renowned anti-toxics activist Erin Brokovich, who continues to work tirelessly for poor communities suffering epidemics of cancer and other debilitating conditions stemming from contaminated water

Unfortunately there are no easy solutions to contaminated drinking water. Drinking bottled water isn’t one of them. As the filmmakers point out, bottled water is even more poorly regulated than tap water. Neither is desalinization, which is extremely polluting, both in terms of CO2 pollution and a nasty brine residue that’s nearly as harmful as nuclear waste to human health and the environment.

It appears that the cheapest and most environmentally friendly solution for desert areas like the Southwest and Southern California is one adopted by the city of Singapore: recycling purified waste (sewage) water. Most Americans resist this approach due to the “yuck factor.” Reportedly Los Angeles is on track to begin waste water recycling  by 2019.

The film, which can’t be embedded, can be viewed free for the next 2 weeks at the Maori TV website: Last Call at the Oasis

I am a housekeeper at the Trump Hotel in Las Vegas. This past December, a majority of employees like me at Trump Las Vegas voted YES to a union. But Trump’s company has refused listen to us and honor the results of our election.

Instead, they’ve blocked negotiations through legal challenges – which so far have gone nowhere. A federal officer recently recommended that the company’s list of objections be “overruled in their entirety” – and that the NLRB certify the union.Instead of sitting down to negotiate a fair contract, Trump company lawyers are still fighting to overturn the election.

If Donald Trump wants to “Make America Great Again,” he should start by negotiating a deal with his us – his Las Vegas hotel employees – just like his company did for workers at Trump Toronto in Canada.

Just last year, Trump workers in Canada voted for a union and have since negotiated their first contract – a deal that gives workers much like us a chance to provide for their families, keep their kids healthy, enjoy job protections and security, and one day retire with dignity.

We just want a fair deal like Trump workers in Canada got.

Donald Trump wrote the book on The Art of the Deal. It’s time he sits down and negotiates with us. We deserve to have our vote counted.

Please support us by signing our petition

Selling the Girl Next Door

Selling the Girl Next Door is about sex trafficking of American underage girls, a business which has moved off the street and onto the Internet. The sex services of girls as young as eleven are being advertised in the Adult Services section of Backpage.com. They were being sold on Craig’s List until CNN journalist Amber Lyon confronted owner Craig Newmark as part of her investigation.

Obviously no online marketplace is going to accept an ad for prostitution. The girls are listed as “escorts,” with revealing photos and coded language (eg “young,” “fresh,” “innocent”) to indicate they’re underage.

When you look at the millions of dollars the federal government spent on shutting down Silk Road for selling recreational drugs (see Was Silk Road Founder Framed?), it’s ironic – and frankly sickening – that they continue to allow sites like Backpage.com to traffic in underage girls.

Lyon interviews Las Vegas girls convicted for underage prostitution in Clark County juvenile detention center, as well as men who have used their services and judges, lawyers and probation officers who work with them. She also profiles one particular thirteen-year-old, interviewing her mom and going to court with her.

The pimps who run underage girls are always on the lookout for runaways. They use the promise of affection to lure them in and violence to keep them as virtual sex slaves. In most US cities, underage girls arrested for prostitution are locked up in juvenile prisons. City and county authorities claim they have no other way to keep them off the street.

One Las Vegas judge is fronting an initiative to build a safe house for underage victims of sex trafficking as an alternative to prison. He’s being blocked by county authorities – they refuse to cough up $700,000 for probation officers to run it. Federal funding appropriated to combat sex trafficking, only goes to help foreign victims.

In the course of the CNN investigation, the threat of unwanted publicity led Newmark to shut down the Adult Services section of Craig’s List. Backpage.com, the second most popular online marketplace, immediately saw their income spike by billions of dollars. They’re owned by Village Voice Media, who refused to be interviewed by CNN.

Americans are more obsessed with lawns than any other nationality. Lawns are a comparatively new innovation associated with the boom in home ownership the US experienced in the mid-twentieth century. They were virtually unknown in 1900, when 75% of Americans rented their homes. In 2007 when this film was made, US wilderness was being converted to lawn at a rate of 5,000 acres per day.

In many cases, lawns are a middle class luxury imposed by local authorities determined to preserve neighborhood “property values.” In the film, a homeowner who has created a bird habitat out of trees and shrubs is ordered to cut them down.

Americans spend $40 billion a year maintaining their 41 million acres of lawn. The largest irrigated crop in the US, lawns consume 30,000 tons of pesticide yearly. And contrary to manufacturer claims, 17 of the 30 most commonly used pesticides end up in drinking water. Fifteen of them are possible or probable carcinogens. Children in families that use pesticides on their lawns have a 6.5 times greater risk of leukemia.

The water wasted on lawn maintenance is equally concerning. Forty to sixty percent of household water goes to landscaping, an average of 200 gallons per American per day.

Severe drought conditions are forcing California and the Southwest to rethink their lawn addition. In 1999, Las Vegas instituted a turf-rebate program that paid homeowners up to $1.50 per square foot to rip out their lawns. At present, the city bans grass front yards in new developments. Alternatives explored in the documentary are artificial (plastic turf) or natural desert landscapes.

My personal preference, climate permitting, is to convert lawns to edible landscape. My property was entirely lawn and ornamental shrubs when I first moved in. In eight years, I have replaced nearly all of it with fruit trees, perennial herbs and runner beans and vegetables.