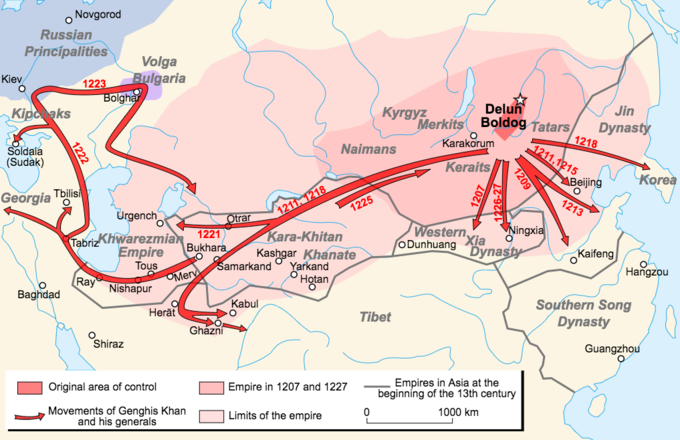 According to Harl, Genghis Khan’s sons and grandsons split responsibility for the Mongol Empire following his death.

After being installed as the great khan (by the assembly of Mongol nobles), the third son Ogedei ruled the Mongolian homeland on the eastern steppes and led the military expedition that conquered China’s Jin* empire.

The second son Jugatai assumed control over the central steppes and the fourth Tolui the Mongolian heartlands in eastern Mongolia.

The first son Jochi inherited the western steppes, and his son Batu ran the military campaign to conquer new lands “as far as the western ocean.” After first conquering Persia, Armenia and Georgia, he attacked the south Russian steppes.

In 1223, a coalition of Russian princes confronted an army of 75,000 Mongolian and Turkish troops on the banks of the Kolka River. Following an initial stalemate, the Mongol army withdrew and decimated their Turkish allies, the Cumans (aka the Volga Khans).

After regrouping, Batu strategically employed Chinese and Persian engineers to sack every major Russian city except for the northernmost Novgorod and Pskov. After capturing and deporting a few artisans and women, the Mongols massacred nearly all the civilians in the conquered cities.

In 1241, Batu’s troops next invaded southern Poland, Silesia,** and Hungary, where they encountered they had no hope of breaching. After being notified of Ogedei’s death in 1242, Batu withdrew his forces to return to the Mongolian heartland to elect a new Khan. 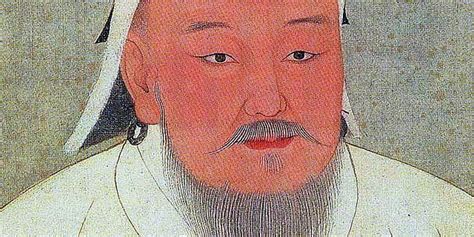