Episode 24: The Legacy of the Mongols

In this lecture, Benjamin explores how the Mongols swept out of the Central Asian steppes in the 13th century to conquer most of the known world, creating the largest empire the world has ever known (before or since). After bringing China, Korea, Central Asia, most of the Middle East and much of Eastern Europe under their control, in 1241 they attacked the outskirts of Vienna. They were repelled, thwarting attempts to conquer western Europe.

The Mongols were  ruled via networks of clan chiefs, under the leadership of a primary clan chief known as the “Khan.” Traditionally they were less patriarchal than agrarian civilizations, allowing women considerable freedom, respect and influence. Many became political and military leaders.

Benjamin attributes the Mongols’ military success in part to their skill has hunters (which made lengthy supply lines unnecessary), their use of horse in battle the composite bow.* They killed millions of people and destroyed many ancient cities, along with the agricultural infrastructure that supported them.They also destroyed the Islamic empire.

Chingges (Genghis) Khan is credited with the major military victories leading up to Pax Mongolica, a Mongol-controlled cultural zone stretching from China to Eastern Europe. . Following his death in 1227, his sons and grandsons split the Mongol territories into four Khanates. Although infighting between Khanates led to a steady loss of territory, the Mongols controlled Russia until the mid-15th century and ruled Crimea until the late 18th century.

In 1234, China’s Jin dynasty fell to the Mongols. In 1260, Kubla Khan became emperor in northern China, establishing the Yuan dynasty. In 1276, he conquered the Song Dynasty in Southern China and brought all of China under his control. Between 1274 and 1291 he employed Venetian merchant and explorer Marco Polo as his advisor.

In 1335, Mongolian rule collapsed in Persia. The latter enjoyed self-rule until invaded by Turks in the 14th century. In China, civil war between competing warring factions, aggravated by severe monetary inflation, led the Yuan dynasty to collapse in 1368.

Benjamin believes the main contribution of the Mongols was the security they provided for overland trade. This facilitated the spread to Europe of numerous Eastern inventions, such as paper, printing, the compass and gunpowder. These inventions, in turn, would allow Europe to conquer the globe in the 16th century.

*A composite bow is a traditional bow made from horn, wood, and sinew laminated together, a form of laminated bow. 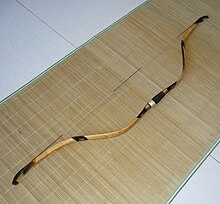 This series explores slave trading that followed the fall of the western Roman empire in 476 AD. Although debt and conquest-related slavery clearly occur in ancient Greece and prehistoric civilizations, wholesale slave trafficking to remote locations only began after the fall of Rome.

Following the fall of Rome, the barbarian societies that replaced Roman civilization (the Goths, Visigoths, Slavs in the Northeast, Byzantine Empire, Berbers and Nubian and Arab tribes). For several centuries Slavs from Eurasia were the preferred slaves. This would cause their ethnic label to be confused with the Greek word for slave.

As Arab armies began expanding into Egypt after 641, the economy and demand for slaves increased exponentially. As oil wouldn’t be discovered for another 1200 years, slaves would serve as an essential source of energy for territorial and economic expansion.

In less than a century, the Islamic Empire would occupy the entire southern coast of the Mediterranean. When Baghdad became its capital (762 AD) thousands of slaves were needed to remove the coating of salt* that covered the soil around Basra to enable cultivation. It was during this period Muslims first began using African slaves. Under Islamic law, only non-Muslims could serve as slaves. Slaves who converted to Islam had to be freed.

Over the eighth century, the Islamic Empire expanded into the Caucasus, the Balkans, Turkey and Russia.

After Cairo became the new capitol of the Islamic Empire in the tenth century, Berber slaves taught their Muslim masters how to use camels for transportation. This enabled  military and political leaders to cross the Sahara Desert for the first time to the rich capitol of the  the Mali Empire Timbuktu. The Mali emperor employed more than 12,000 slaves from sub-Saharan Africa to work his gold mines – representing, at the time, the world’s largest gold reserves.

Once he he declared Islam the official religion, more than 1000 slaves would leave Mali every year for distant outposts of the Islamic World. Mali rulers also enslaved more than 12,000 natives of sub-Saharan Africa to work the emperor’s goldmines.

By the end of the Middle Ages, there were six main trading routes for exporting sub-Saharan slaves to territories north of the Mediterranean and in some cases as far as China and Japan. Between the 7th and 14th century (when Europe entered the slave trade), it’s estimated a total of 3.5 million Africans were captured and sold into slavery by Islamic traders.