This documentary examines the brutally exploitive and unsustainable conditions in which tires are produced.

The filmmakers begin by visiting rubber plantations in Thailand, the world’s largest rubber producer. On one of the largest rubber plantations, Cambodian immigrants (Thai workers refuse to work for the starvation wages offered) receive approximately half the minimum wage ($140/month), despite working everyday and four nights a week. They are also exposed to Paraquat, a deadly herbicide causing severe liver and kidney disease and banned in 32 countries.

Pay and working conditions in Thai rubber processing plants are somewhat better. There workers earn $150/month ($250/month in the busy season), plus free accommodation and electricity and 20 kg of rice a month. Unlike plantations workers, they live in shacks provided with kitchens and bathrooms.

The final segment of the film investigates the tire retread industry, which recycles old tires by putting new tread on them. Studies reveal that modern retreaded tires are just as safe and reliable as new ones, despite using 80% less new rubber than new tires. With global demand for tires increasing by 7% annually, there needs to be a much greater effort to market retreaded tires to sustainability conscious consumers.

The tire manufacturers DW contacted about the atrocious working conditions on their rubber plantations and in their processing plants (Goodyear, Bridgestone, Michelin, and Continental) declined to be interviewed. 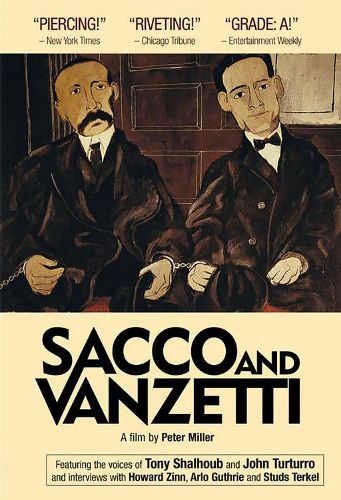 This film, featuring radical historians Howard Zinn and Studds Terkel, concerns the 1920 framing of Italian immigrants Sacco and Vanzetti for a murder they didn’t commit,

Sacco and Vanzetti begins by exploring the appalling working conditions most US immigrants faced  in the early 20th century. These desperate conditions drew many European immigrants into an anarchist movement seeking to overthrow capitalism.

The most interesting part of the documentary is the trial, in which jurors clearly convicted Sacco and Vanzetti because they were immigrants and anarchists. The prosecution, aware the two men were innocent of murder, deliberately fabricated evidence against them.

Convicted of murder in connection with an armed robbery, they spent seven years unsuccessfully appealing the verdict. The third and final appeal (which went all the way to the Massachusetts Supreme Court) was based on a confession by a man belonging to the gang that had staged the robbery. During the entire seven years there were massive protests across the US, Europe, Japan, China and Africa demanding their release.

The city of Boston declared martial law the day they were executed – fearful the entire city would riot.

Although the film can’t be embedded, it can be viewed free at the following link:

Golden Dawn is a remarkable documentary tracing the rise of the neo-Nazi Golden Dawn party in Greece. Despite their role in several high profile murders, Golden Dawn has held 18 seats in the Greek parliament since 2012.

Their rapid rise to power relates in large part to dire austerity measures the European Union has imposed on Greece. With 28% unemployment (55% youth unemployment) and drastic pension cuts, many starving Greek citizens join Golden Dawn because of their free food distribution programs.

However as Georgousis makes clear, the strong support Golden Dawn enjoys from police (who openly admit to being members), the media, the Greek Orthodox Church and Greek security services is even more instrumental. In all respects the parallels with Nazi Germany are chilling.

Golden Dawn is notorious for openly beating up and murdering both illegal and legal immigrants – with the police looking on and, in many cases arresting legal immigrants instead of perpetrators.

Only anarchist groups have tried to protect immigrants from these attacks. When they do so, the police step in and arrest, beat and torture them.

In 2012, following the murder of a high profile Greek national, the Greek government finally arrested four Golden Dawn leaders on a charge of criminal gang activity. However instead of stripping them of their parliamentary seats, they then directed Greek jail staff to transport them between jail and Parliament.

What I found most remarkable about the documentary is its excellent footage of actual Golden Dawn meetings and its in-depth interviews with some of its members.

Escape from the Cult of Materialism

This strange little documentary develops the premise that materialism (the pressure to buy stuff we don’t want or need) is actually a cult.

The filmmakers go on to trace the history of forced materialism and the brief rebellion against it (the hippy movement) in the 1960s.

The solution they offer – forcing ourselves to focus on Plato’s concept of idealism – strikes me as a bit too abstract for a mainstream audience. However they offer some good examples of millenials rejecting materialism in favor of strong interpersonal relationships and community.

Immigrants For Sale is a documentary about the $5 billion a year private detention industry. Corrections Corporation of America, The Geo Group, and the Management and Training Corporation run over 200 facilities across the US, a total of 150,000 bed spaces. Because these facilities are paid by the number of beds they fill, they have absolutely no incentive to speed up the legal process that might lead to detainees’ release. As one facility auctioneer puts it, thanks to harsh immigration laws and skyrocketing refugee numbers, there’s an “endless supply of product.”

The film closely examines the role of the American Legislative Exchange Council, a right wing corporate lobby group founded by the Koch brothers, in writing anti-immigrant legislation adopted by various states and championing the construction of new private detention facilities. In most cases, state legislators with cozy relationships with ALEC and industry lobbyists impose these monstrosities on local communities against their wishes.

As a psychiatrist I was most appalled by the negligent and abusive treatment of mentally ill detainees. Because these facilities earn $197 a night to house detainees, they have no motivation to identify detainees with mental illness and transfer them to more appropriate treatment facilities. Detainees have no legal right to legal representation and often their families have no idea where they are. Both make their situation even more precarious. One mentally ill detainee featured in the film was beaten (one beating required hospitalization) and humiliated by corrections officers for three years before his mother secured his release. 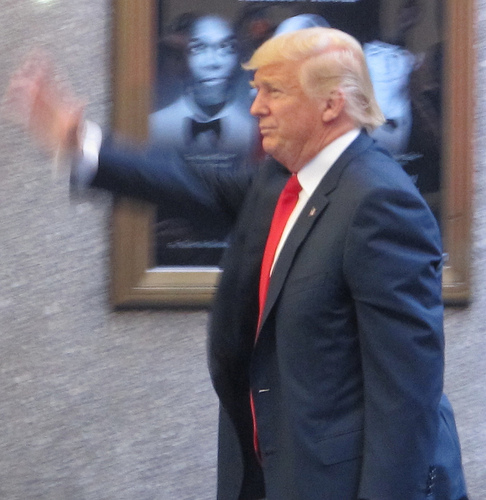 On Wednesday morning November 9, 2016, the American Civil Liberties (ACLU) published a personal message to president-elect on their website. It urges him “reconsider and change course” on certain campaign promises, going on to list some of the most troubling promises Trump has made:

It goes on to warn Trump he will have to face the ACLU if he presses forward and tries to make good on promises they view as unconstitutional:

If you do not reverse course and instead endeavor to make these campaign promises a reality, you will have to contend with the full firepower of the ACLU at every step. Our staff of litigators and activists in every state, thousands of volunteers and millions of card-carrying members and supporters are ready to fight against any encroachment on our cherished freedoms and rights.

The American Future: A History from the Founding Fathers to Barack Obama.

Written for a British audience, The American Future attempts to define the quintessential American national character by tracing historical movements that have shaped US society. The five political movements Schama considers most important are 1) the gradual rise of a professional military officer class, 2) the role of evangelical religion in the movement to abolish slavery, 3) the brutal imperialist war against Mexico and the Philippines, 4) the forced displacement of the Cherokee and four other Native American nations under Andrew Jackson, and 5) the development of large scale irrigation in to open the Southwest desert area to agriculture.

For me the primary value of this book is all the historical gems Schama includes that you never learn about in high school. For example:

• The founding of West Point military academy with its Jeffersonian emphasis on philosophy and civil engineering, as opposed to military tactics. Jefferson believed a sound liberal education for US military officers would help ensure the US never went to war except to defend liberty. Congress consistently refused to fund a US military or naval academy until an undeclared war with France broke out in 1796.* Over a period of ten months, the French seized 300 US merchant vessels. When Congress eventually authorized funding for West Point, its primary purpose was to train the Army Corps of Engineers, who built the levees, bridges, damns, dykes and forts that enabled westward expansion. They also drained the swamp in Washington DC and built the Capitol and other important federal buildings.

• The profound religious intolerance that persisted in the US even after the 1780 adoption of the Bill of Rights guaranteeing separation of church and state. ** In Massachusetts, Sunday church attendance was compulsory until 1833 – until 1840, blasphemy could be punished by one year in prison, public whipping or the pillory. In Maryland Jews weren’t allowed to vote or hold office until the state passed the Jew Bill in 1820.

• Anti-immigrant feelings, especially against Germans, Irish, Mexicans and Chinese were so intense during the 19th century that there were frequent riots in which immigrants were lynched or had their homes set on fire. An 1855 riot in Louisville would have affected my great grandfather, whose family arrived in the area after immigrating from Germany in 1840.

• President Teddy Roosevelt’s 1902 National Reclamation Act, which led to the construction of 600 dams (including Grand Coulee and Hoover Dam) in thirty years. These would provide irrigation to millions of acres of desert in California and the Southwest. This project would include the diversion of the Colorado River to supply Southern California’s Imperial Valley, which supplies nearly half the fresh fruit and vegetables consumed by Americans, as well as Los Angeles, San Diego, Phoenix and parts of Mexico.

*Prior to reading this book, I had no idea the US and France had been at war (with each other).

**The early view of the Bill of Rights was that it only pertained to the federal government and didn’t apply to state law.