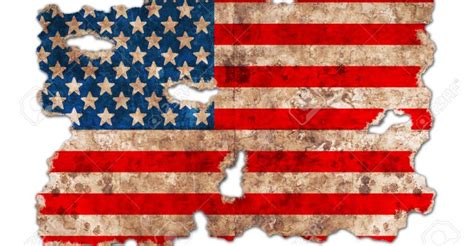 In this fascinating interview, Russian-American author and journalist Dmitry Orlov discusses the impending US collapse and the Russian view on what he refers to as “the apocalyptic climate cult,” Biden’s meeting with Putin, Klaus Schwab and the Great Reset, the impending cyber wars, geoengineering and the Russian closed cycle nuclear program.

According to some climate scientists, ice core records suggest the Earth is due for another Ice Age “any century now” (Orlov writes about this in more depth at https://cluborlov.blogspot.com/2019/11/avoiding-coming-ice-age.html). He predicts humankind would have to triple their fossil fuel consumption to prevent it, which would burn up the Earth’s entire coal reserves.

While he’s not advocating this as a policy (one downside would be catastrophic mercury levels), he deplores the reluctance of climate scientists to study the impending Ice Age – to better understand the potential triggers and the possibility of preventing it.

He states that no one in Russia takes seriously what they refer to as the West’s “apocalyptic climate cult.”  While he acknowledges the reality of the greenhouse effect, he questions the reliability of Western climate scientists’ doomsday predictions. The latter are almost totally based on computer models, and it will take at least 1,000 years to gather sufficient evidence to test the models.

Orlov doesn’t believe the Great Reset will happen, because it has no support whatsoever from either Russia or China. He describes Klaus Schwab as a “moneybag whisperer” for the super rich. It’s his job to “fluff up” their egos by publishing vanity fiction like The Great Reset. Owing to America’s weakening global position, the WEF was forced to invite Putin and Xi Jinping this past January. Both dismissed the Great Reset categorically – they have their own future development plans.

Orlov quips that the purpose of the summit was to “negotiate the terms” of (US) surrender. He points to a dangerous hyperinflation the US is entering that will reduce living standards by 90% and lead to civil unrest. He predicts the US will be forced to abandon its global military bases in the near future and repatriate its troops.

Orlov believes Biden’s main goals for the summit were

At present, Russia is the third largest supplier of oil to the US, which has no other source (due to US sanctions on Venezuela) for the heavy oil it needs for diesel, jet fuel and kerosene and can’t run its transport network without it.

Russia is focusing on solar and wind energy in Russia in remote areas where renewable technology is cheaper than the cost of transporting coal.

At present Russia’s main nuclear investment is in fast breeder reactors that reprocess depleted uranium by burning long half life isotopes and converting it to low level short half life waste (which can be safely buried). At present Russia is buying nuclear waste from other countries for reprocessing.