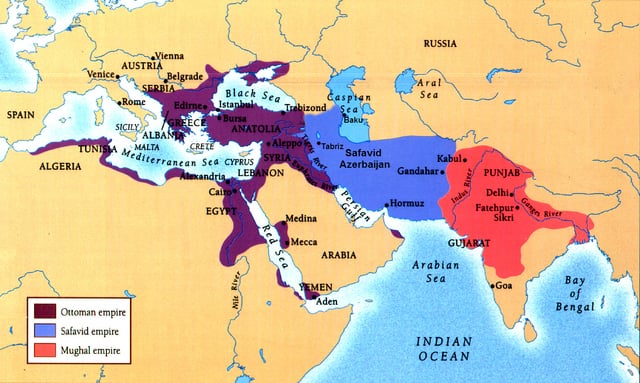 Episode 34: Legacy of the Steppes

By 1500, the steppes nomads had ceased to play the strong historical role (as a military power and means to wealth creation and cultural exchange) they had played for 6,000 years.

In this final lecture, Harl credits their loss of power to the military revolution in Europe leading to hand held weapons and naval vessels fitted with heavy artillery. Ironically both these developments were made possibly by the Mongol Peace allowing the spread of Chinese black gunpowder to Europe.* Nomad horse archers were virtually powerless against firearms.

By 1500. the Ottoman Empire, Safavid Iran, Russia and the Mughal Empire were encroaching on the steppes, restricting nomad movement and exacting tribute along the Silk Road.

The Silk Road also declined in importance (as did the caravan cities) during the 16th century as European explorers discovered faster and safer sea routes to Europe and the Middle East. Harl explores in detail the Portuguese occupation of both coasts of Africa and India as they dominated the India Ocean. In the 17th century, they would be joined by the Dutch, English and French in their colonization of Africa and Asia.

In summing up the legacy of the steppes nomads, Harl points to the domestication of the horse and the invention of the wheel. Both, he feels, were as important as the agricultural revolution. Not only did the two inventions open up the steppes grasslands to human habitation, but they linked the steppes nomads to the prehistoric sedentary civilizations arising along major Middle East and Asian rivers.

*Ironically this was one of the few Eastern cultural innovations to make it as far as Europe.

Film can be viewed free with a library card. 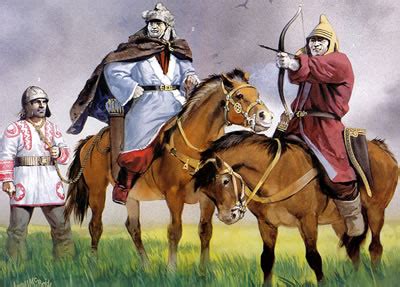