History of the World Episode 8 – Age of Extremes

This final episode is almost pure BBC propaganda and contains a large number of jingoist assertions that are totally unsupported by historical record.  Age of Extremes covers the rise of Hitler (while neglecting to mention the support he received from Wall Street and German corporations); the founding of the first birth control clinic in Britain by feminist Margaret Sanger and the “sexual revolution” brought about by the birth control pill in the 1960s; Gandhi’s nonviolent struggle for Indian independence; the US invention and deployment of the atomic bomb; the murderous Chinese Cultural Revolution that started in 1967;  the capitalist reforms instigated by Chinese premier Deng Xiaoping in the 1970s; the fall of the Berlin Wall (allegedly ending the Cold War) in 1989; and the defeat of world chess champion Gary Kasparov by IBM computer Deep Blue.

Among the more nauseating claims made:

*This may be true of a few extremely wealthy individuals, but many people of my generation are dying earlier than their parents owing to an epidemic of obesity, diabetes, disease, drug/alcohol addiction, and suicide (US numbers have been high enough to reduce average life expectancy). 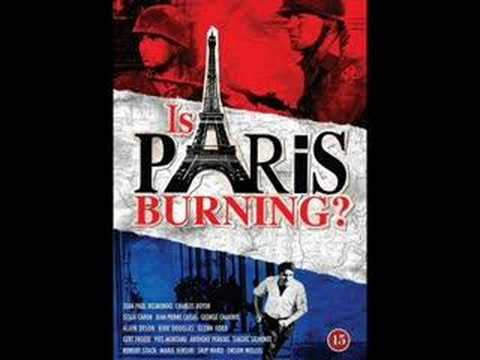 This full length features film (2 hours 14 min) is a dramatization of the mass insurrection that liberated Paris from Nazi occupation in August 1944. Another important historic episode totally neglected in our schools and universities.

As Patton’s Third Army approached from Normandy, a network of underground resistance fighters using stolen and smuggled weapons, Molotov cocktails (made from vintage wine) and clumsily improvised barricades, led the population of Paris to seize all the official buildings and half of the city.

Allied military leaders initially planned to bypass Paris in their push to reach Germany and destroy the Nazi army. They reluctantly agreed to divert three divisions to Paris on of Hitler’s threat to dynamite the city as German forces withdrew.

Although the film can’t be embedded for copyright reasons, it can be viewed for free at the following link:

By Mumia Abu-Jamal and Stephen Vittoria

Book 2 of the Murder Incorporated series begins where Dreaming of Empire (Book 1) leaves off. By this point, I  have absolutely no doubt these are the US history textbooks my daughter and I should have been given in high school. They are a superb resource for the growing home school movement.

Having covered slavery, the brutal and systematic genocide of indigenous Americans and the US invasion and occupation of Mexico, Cuba, Puerto Rico and the Philippines in Book 1, America’s Favorite Pastime starts with Woodrow Wilson, his scores of invasions of Central and South America and Haiti and his entry, in 1917, into the bloodbath known as World War I. Wilson was heavily swayed in this decision by a letter from Wall Street banker J P Morgan. The latter had loaned heavily to the France and England, was at risk of losing a fortune if they suffered defeat.

Unlike most history books, America’s Favorite Pastime focuses heavily on public opposition to the World War I, Wilson’s massive pro-war propaganda machine and his systematic suppression of constitutional rights (via the Palmer Raids, the Espionage Act and the Sedition Act). The American Civil Liberties Union (ACLU) was founded in 1920 specifically to assist antiwar activists and conscientious objectors who were still in prison for speaking out against the war.

The authors go on to detail the 1918 invasion of the Soviet Union by the US, UK, France and Japan – a historical event censored out of most history courses, even at the university level.

Most of the book focuses on the so-called “Good War,” directly challenging the myth that the West had to go to war in 1939 to prevent the victory of global fascism. In addition to examining the role of various Wall Street corporations in arming Hitler’s war machine (including IBM, which created and managed the data system enabling Nazi’s to efficiently track down occupied Europe’s Jews), the authors discuss the numerous peace overtures Hitler made to Churchill in 1940. Which the latter categorically rejected.

They also discuss Hitler’s unsuccessful attempts to get the West to accept Jewish refugees.

This chapter details the forced internment and asset confiscation of 120,000 Japanese Americans in 1942 (of which 2/3 were US citizens and a majority children), as well as the war crimes committee by the Allies in firebombing Dresden, Tokyo and other cities and in dropping a nuclear bomb on the civilian population of Hiroshima and Nagasaki.

The book provides the same detailed coverage of the Korean War, the Vietnam War, the US-sponsored Indonesia and genocidal occupation of East Timor, and the numerous undeclared wars and drug trafficking operations undertaken by paramilitary operation known as the CIA.

The final chapters are devoted to a blow-by-blow description of Eisenhower’s creation of the Military Industrial and the complex and systematic indoctrination young Americans receive to dupe them into enlisting in America’s “all volunteer” army.

*There were some here I hadn’t heard of previously: the overthrow of democratically elected governments in Greece (twice,), Brazil, the Philippines, and the Dominican Republic – as well as the constant sabotage, terrorism and psyops against East Germany – which were the real reason the Berlin Wall was built.

This documentary investigates the unsavory history and practices of Coca Cola, the world’s largest soft drink corporation. Including

In this final episode, journalist and filmmaker Andrei Nekrasov interviews the director of a film about the 1939 non-aggression pact between Stalin and Hitler; the manager of a fringe theater group that puts on pro-gay, pro-Ukraine and anti-Putin plays; visitors to the last remaining Stalin gulag; attendees at a recent pro-Stalin conference; a Russian ultranationalist who advocates the prosecution of pro-homosexuality, pro-Ukraine, pro-multiculturalism, pro-tolerance, pro-liberal and pro-abortion Russians; and a wealthy Moscow “liberal” who believes that wealthy oligarchs, rather than Putin, are the real power behind the Russian government.

A comprehensive biography of infamous CIA director Allen Dulles, this film is a treasure trove of hidden history. Dulles ran the CIA from 1953 until Kennedy fired him (in 1961) over the disastrous CIA invasion of Cuba’s Bay of Pigs.

Prior to watching this documentary, I was unaware of Dulles’ long time collaboration with fascists of all stripes. For example, Dulles

*The order was foiled by a Warren Commission staffer who secretly retained a copy.

For me the most significant segment of this final episode concerns the austerity cuts Roosevelt enacted in 1937, in response to business critics who attacked the burgeoning national debt.

As FDR laid off half the workers employed by the Works Progress Administration (WPA), the effects rippled throughout the economy. The stock market crashed in October 1937, even faster than in 1929. Businesses failed in record numbers and unemployment climbed to 20%. Once again, thousands of unemployed Americans were on the brink of starvation.

The 1937-38 depression is known as the “Roosevelt Depression.”

Part 7 also explores the mass migration of indigent Americans to California, under the misguided belief they would find plentiful food and jobs. Like 20 or so other states, California enacted laws to keep out the unemployed. With the help of local residents groups, police patrolled California’s borders for six weeks in 1938. They turned back all newcomers without $10 on their person.

Many of the state’s new migrants were housed in giant federal camps, as there was nowhere else for them to live.

After Eleanor Roosevelt testified to Congress about her fact finding tour to the camp, FDR introduced (and passed) a $5 billion spending bill.

In September 1939, Britain declared war on Germany following the invasion of Poland. By May 1940, Denmark, Norway, Holland and Belgium had fallen to the Nazis and Hitler was bombing the UK.

A year later, FDR initiated the first peace time draft in US history. Jobless men flocked to enlist because there were still no jobs. Forty percent failed their physicals due to lingering health effects of starvation.

A few weeks before the November 1940 presidential election (which he won), FDR authorized $7 billion in military aid to Britain, opening up thousands of jobs in the defense industry.

Yet it would take another three years – and US entry into the war – before the country returned to full employment.