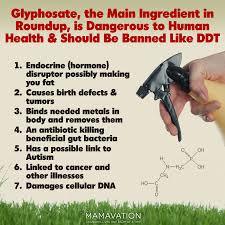 In response to growing local concern about a World Health Organization (WHO) warning that glyphosate (aka Roundup) probably causes cancer, the city of Bristol has begun using strong vinegar to kill weeds in streets and parks.

The Bristol City Council decision to substitute vinegar for Roundup is part of a year long trial.

Earlier this month the European Parliament voted to  ban  most uses of glyphosate – particularly “in or close to” public parks, playgrounds and gardens.”

Horticultural vinegar, which contains more acetic acid than regular malt vinegar, can be used as an inexpensive weed treatment. Vinegar-based herbicides will harm any plant they comes into contact with so is best used on patios and driveways rather than lawns. It will only damage the top of the plant, leaving the roots intact.

The trial has been met with mixed reactions in Bristol.   Some residents hate the stench. Others point to European communities who have successfully used vinegar for years. Pesticide Safe Bristol Alliance says it’s ‘bizarre’ the council has opted for vinegar when safer, modern technologies are available.

A Metro online poll is running 55% to 45% in favor of the vinegar trial.

On May 10, the New Plymouth Green Party will present a petition to New Plymouth District Council to end the district’s use of Roundup in our city parks and streets.