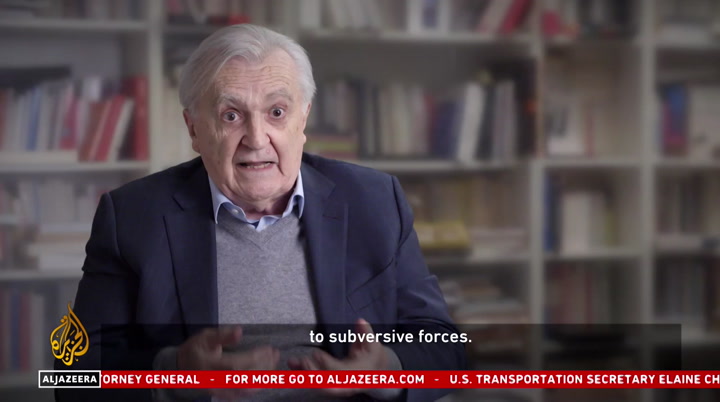 This documentary mainly focuses on the role of Afghanistan in heroin production, of Colombia in cocaine production and of Mexico in smuggling cocaine, heroin and fentanyl into the US.

Despite a brief mention of the role of (nearly all) global major banking institutions in laundering illicit drug money, it makes no mention whatsoever of CIA involvement in international trafficking in Afghanistan and elsewhere. See Afghan, Heroin and the CIA, and articles by Peter Dale Scott and Alfred McCoy.*

In fact, the film gives the misleading impression that the Taliban is mainly responsible for Afghan heroin production, with some participation by Afghan warlords and members of former president Hamid Karzai’s government.

In 2000, seeking global recognition of their legitimacy (and foreign aid), they banned heroin production and burned all the country’s opium plantations over the next year. The US reintroduced opium and heroin production to Afghanistan with their 2001 invasion and occupation.

The segments on Colombia and Mexico mainly focus on the ungovernability of both countries owing to the rise of paramilitary forces (in Colombia) and armed drug cartels (in Mexico).

With the rise of the Medellin cartel (1972-1993), cocaine traffickers organized their own paramilitaries, while FARC rebels had their own guerrilla groups (1964-2017). Following cocaine kingpin Pablo Escobar’s death in 1993, Mexican drug cartels would take charge of global cocaine distribution. After 2003, they would add heroin and fentanyl to their inventories.

The film identifies Sinaloa, Jalisca New Generation, Gulf, Ciudad Juarez and Los Zetas as the major Mexican cartels. Each is identified with a specific geographic region, though turf struggles translate into constant boundary shifts. Each cartel also controls the extortion, kidnapping and human trafficking schemes for their region.*

When the PRI (Institutional Revolutionary Party) ruled Mexico (1929-2000), they received a cut of the cartels’ drug profits. In return, they played a mediating role in disputes between cartels.

When the PRI was voted out of power in 2000, this mediating role ceased, which the film blames for Mexico’s massive increase in violence. More than 60,000 Mexicans have been murdered or disappeared since 2006.

***Criminals who engage in such activities must pay a “tax” to the drug cartel running their region.

The film can be viewed free at the Al Jazeera website: https://www.aljazeera.com/program/featured-documentaries/2021/1/25/drug-trafficking-politics-and-power-the-lost-territories