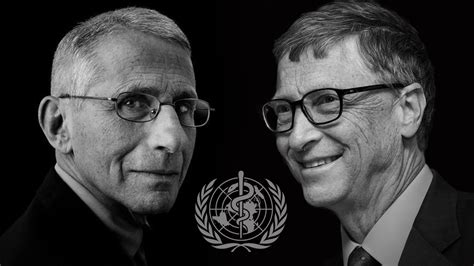 Chapter 7 of the Real Anthony Fauci focuses mainly on the illegal and barbaric studies of AIDS drugs and vaccines Fauci foisted on fourteen thousand foster children in the 1980s and 1990s. Investigations by the Associated Press, the federal Office of Human Research Protections, and the Vera Institute of Justice confirm that most of these children lacked the federally guaranteed right to refuse consent. At the Incarnation Children’s Center (ICC) in New York, children who declined to take the toxic drugs, NIAID and its Big Pharma partners arranged to surgically implant feeding tubes in their bellies to force compliance. The Vera Institute, relying mainly on New York City Administration of Child Care documents, confirms eighty children died (out of the 582 in the ICC experiment), with many others experiencing unpleasant and dangerous side effects, including reduced liver function and severe anemia.

Chapters 8-10 explore the equally brutal and unethical vaccine trials Fauci (and his buddy Bill Gates) conducted in Africa and other third world countries. One of the most troublesome aspects of this research was their failure to include placebo groups. In nearly all studies, Gates and Fauci hid the horrific side effects of the AIDS, malaria and meningitis vaccines they were testing by comparing them with other extremely toxic medications.

Meanwhile owing to his misguided (and profitable) emphasis on vaccines, Gates managed to pressure WHO to shift billions of dollars away from more vital health-related problems, such as malnutrition, unclean water and more common illnesses, such as diarrhea and malaria.*

Kennedy also relates how US vaccine manufacturers, with Fauci’s approval, shipped millions of vaccine doses containing mercury-laden thimerosol after the US banned it in 2001. And the role of the Gates Foundation in experimenting on Africans with lethal malaria and meningitis vaccines.

The book goes on to discuss recent Gates-inspired WHO “tetanus” vaccine campaigns in Chad, Kenya, South Sudan, Sudan and Pakistan with a bizarre six monthly dosage schedule suggesting they were part of an antifertility campaign like past WHO campaigns.

Since 2017, the Gates Foundation has also engaged in a sinister campaign to administer the dangerous Depo-Provera shots in sub-Saharan Africa. Side effects include. Documented side effect of Depo-Provera include blood clots, stroke, permanent infertility, increased risk of contracting AIDS and a 200% increase in breast cancer.

Gates is also responsible for a misguided polio vaccination campaign in India which led polio cases to increase from 300 per year in 2011 to a 17-year total of polio-related paralysis in 2017.***His recent HPV vaccination campaign in India (2009-12) led to severe side effects (including paralysis, autoimmune disease, infertility and death) in one out of twenty vaccine recipient.s

At present, the Gates-contolled Global Alliance for Vaccnes, WHO and UNICEF are engaged in a conspiracy to pressure India to mandate hepatitis B vaccines in newborns (a condition in which 15,000 children must be vaccinated to prevent one death).

*In Africa, Gates also heavily discouraged hydroxychloroquine use for malaria (preferring to emphasize newer, more expensive experimental malaria drugs and vaccines), which could have prevented 50% of malaria deaths over the last two decades.

**In the 1970s, WHO deliberately engaged in a covert African anti-fertility campaigns mass vaccinating women with six-monthly doses of tetanus vaccine laced with the antifertility hormone human chorionic gonadotropin.