This short documentary reviews strong documentary evidence that the World Health Organization (WHO) and the Gates Foundation conducted a clandestine campaign in Kenya from 2014-16 to sterilize by giving them tetanus vaccine adulterated with beta-HCG (human chorionic gonadatropin).[1] The apparent goal was to promote the production of anti-HCG antibodies. After taking the vaccine, numerous women suffered repeated miscarriages and found they were infertile.

The film begins by reporting on research WHO commenced in 1987 to develop an anti-fertility vaccine, in which women would be injected with beta-HCG to stimulate the production of anti-HCG antibodies.

In the 1990s a Philippine court ordered the discontinuance of WHO’s tetanus vaccination program there, after vials of tetanus vaccine were found to contain beta-HCG.[2]

When WHO tried to launch a similar campaign in Kenya in 1994, the government demanded the vaccine be tested for HCG. The Kenyan government became suspicious owing to WHO’s proposal to give all women of reproductive age five tetanus vaccines at six month intervals.[3] Prior campaigns (against neonatal tetanus only gave a single shot (conferring 10 years of immunity) and only to pregnant women.[4] Instead of agreeing to the testing, WHO abandoned the campaign.

In 2014, after a new government aggressively supported the WHO campaign, Kenya’s Catholic bishops and two Catholic doctors obtained vials of the tetanus vaccine and sent them to six independent labs for testing. Most contained beta-HCG. Under pressure, the government also ordered testing from a new lab. This time the vials from government stores (which turned out to have fake labels disguising their source) tested negative for beta-HCG. However, once again, the original vials tested positive for beta-HCG. Despite death threats and repeated break-ins the new lab refused to alter their results as ordered by the Kenyan minister of health.

Although he government accused the Catholic bishops and doctors of tampering with the tetanus vaccine vials, this would have been impossible. Lab results showed the beta-HCG was present in the form of a Tetanus Toxoid Conjugate. This means the vaccine was deliberately manufactured that way – that the HCG couldn’t have been added through vial tampering.

The government also retaliated against the doctors, by threatening to suspend their medical registration and issuing a gag order forbidden them to talk about vaccines publicly or with their patients.

[1] The placenta produces HCG to stimulate the mother’s ovaries to produce progesterone to prepare the uterine lining. Without adequate HCG and progesterone, it’s impossible for the uterus to support a full term pregnancy.

[2] Nicaragua and Mexico also targeted all women of reproductive age with this unusual 5-dose tetanus vaccine regimen. See Baby Killing Vaccine: Is It Being Stealth Tested?

[3] Neonatal tetanus occurs when the umbilical cord is cut with unsterile instruments and the umbilical stump becomes infected. Seems to me it would have been much cheaper and easier to flood Kenya with sterilization equipment rather than mass vaccination.

[4] Coincidentally giving five shots in six months is the same protocol WHO uses with their beta-HCG antifertility vaccine.

Film can be viewed free at the following link: 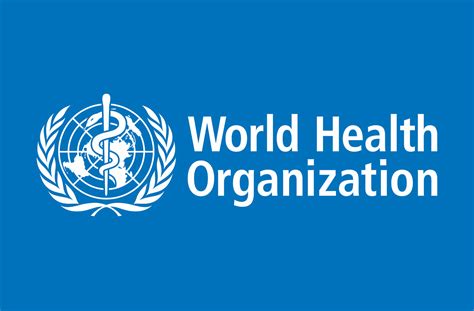 Trust WHO: The Business of Global Health

This documentary concerns the capture of the UN World Health Organization (WHO) by pharmaceutical and other corporations. The problem originates, according to filmmakers, from the refusal global governments to fully fund the agency. As a result, WHO has come to rely on foundations and corporate sponsors to finance their programs. Forty percent of current WHO funding comes from non-government sources. The Gates Foundation, with their strong GMO and vaccine agenda, is its second largest funder after the US government.

Worse still, only 30% of the WHO budget is discretionary. Seventy-percent must be dedicated to programs specified by donors.

The film examines numerous instances in which WHO has pursued the interest of corporate sponsors to the clear detriment of world health. The most grievous example occurred in 2011, when they failed to recommend that Japanese children take potassium iodide to prevent them from radioactive iodine released from the Fukushima meltdowns. The recommendation for children to take prophylactic potassium iodide following nuclear accidents has been a standard WHO recommendation since 1999.

According to radiation health expert Dr Helen Caldicott (see Fukushima: An Ongoing Radiological Catastrophe, more than 200 Fukushima children had developed thyroid cancer by June 2018. Most, if not all of these cases could have been prevented by giving them potassium iodide. Thyroid cancer in the Japanese population is normally quite rare – it occurs in roughly one of every million individuals.

The film can’t be embedded but can be viewed at the Al Jazeera website:

Trust Who: The Business of Global Health

What Silicon Valley Has Planned for Public Education

This troubling presentation concerns a well-advanced plan by corporate America to gradually replace public schools with 100% digital education. The attack on American schools is multi-pronged – with anti-public school forces closing schools, laying off teachers and neglecting crumbling infrastructure while stealthily increasing the availability of digital notepads, Chrome books and other digital platforms in existing schools.

Education Reform 2.0 would build on high stakes testing and school closures to replace teachers with digital learning platforms designed to incorporate “cradle to grave” tracking of students’ skill sets and online activity. Increasingly employers would rely on this information to determine suitability for employment.

The institutional backers of this digital revolution include some of the most powerful corporations and foundations in the US. Prominent names include the Gates Foundation, the MacArthur Foundation, the American Legislative Exchange Council (ALEC), Goldman Sachs, the Institute for the Future (offshoot of Rand Corporation), Amazon, Google, Dell (the company Snowden worked for), and Halliburton.

The US military is also involved and planning and development of 100% digital learning with Army Research and DARPA (Defense Advanced Research Projects Agency) assuming responsibility for the “behavior modification” (ie mind control aspects) that reward students for appropriate engagement with the digital platform.

McDowell describes how many schools across the US are already replacing class time with Skype sessions with Halliburton “mentors” and on-line math lessons with carton “peers.”

Proponents of 100% digital learning are working closely with focus groups to “market” this new technology that tracks and mind controls children to skeptical Americans who value their privacy.

At 38 minutes, McDowell shows a promotional film for “tracked online learning.” It explains how high school and adult learners are earning “edu-blocks for a variety of learning experiences (including reading books, volunteer work, watching videos and “teaching” skills to other learners. Also how companies are already using your ledger blocks to evaluate potential employees’ suitability for specific projects or even investing in their university education by paying their tuition. One edu-block enthusiast describes how participating in the online program is enabling her to reduce her student loan debt.

The ledger is designed to keep track of all the YouTube videos you watch and even all the texts you send (and delete).