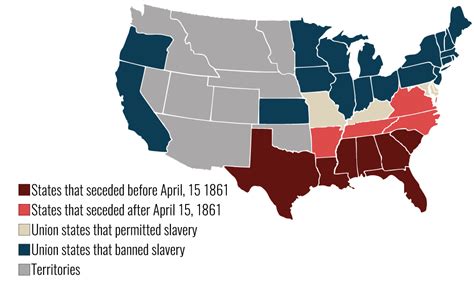 Episode 14: The Complex Road to Secession

For me the most interesting part of this lecture was the role Ayers attributes to newspapers in provoking the Civil War by distorting and sensationalizing key events and escalating anxieties on both sides. According to Ayers, northerners fought the Civil War to preserve “the Union” (not to end slavery), and most southerners weren’t fighting to preserve slavery but for the right to found a new nation based on shared ideals. At the same time, I was really disappointed Ayers makes no mention of the British role in provoking the Civil War. This fact—once widely known to most historians—has been wiped from our history books. In my view, Ayers’ explanations for the cause of the war only makes sense with this additional information.*

Anti-slavery campaigner Frederick Douglass argued the North should just “let the South go,” an extremely unpopular position in the North that led large mobs to attack abolitionists whenever they appeared in public.

Ayers believes it’s wrong to attribute a single causation to the Civil War as there was no one reason. He believes the volatile debate over slavery was a key catalytic force but that the war itself resulted from a cascade of small events leading to unintended consequences.

The execution of John Brown in December 1859 for the assault he led on the army arsenal at Harper’s Ferry was a major polarizing. Republicans gained support in the North after this event but lost all support in the South. Although southern Democrats demanded the party commit to allowing slavery in new western territories, they couldn’t do so  without alienating their Northern base.

Lincoln won every northern state, but New Jersey, which was divided between Douglas and Lincoln. Most northern cities voted for compromise candidates (Bell or Douglas). Breckinridge won all the southern states except for the border pro-Union states  of Tennessee, Kentucky, Virginia and Arkansas, which voted for Bell. Lincoln didn’t appear on the ballot in many southern states.

Despite a small margin of victory in the popular vote, Lincoln easily won the electoral college. Afraid Lincoln would appoint anti-slavery federal officials throughout the South, South Carolina (which came close to seceding during the Nullification Crisis of 1832 – see How Pressure to Expand Slavery Led to the US War on Mexico) immediately organized a statewide convention and voted to secede on December 20, 1860. On February 1 1861, Mississippi, Florida, Alabama, Georgia, Louisiana and Texas seceded. On February 4, delegates from all seven states met to write a provisional constitution. On February 18, they elected Mississippian Jefferson Davis as president of the confederacy and Georgian Alexander Stephens* as vice-president.

In February 1861, many southerners still opposed secession because they felt it was treasonous and wanted more time for the southern sates to cooperate more fully. Opposition was strongest in the border states, who would bear the brunt of any Union military action. Virginia’s secession vote in March 1861 lost by a 2 to 1 margin.

Meanwhile in the North, free Blacks (who would have supported a war to end bondage) opposed going to war to preserve the Union. The big worry of white abolitionists was that the Confederacy would start wars in Central America and the Caribbean to allow for territorial expansion of slavery.

The second significant event the newspapers seized on was the decision by Kentucky-born Major Robert Anderson to move his army garrison from Fort Moultrie to Fort Sumter (both in South Carolina’s Charleston Harbor), which was easier to protect against southern militias. South Carolina forces had already driven back a supply ship for Anderson’s troops, but President Buchanan let the incident pass without response.

According to Ayers, the major mistake made by both North and South was deciding the other side was bluffing and that “allies” on the other side would prevent the country from going to war.

*On April 1, 1861, 12 days prior to the first shot fired at For Sumter, Secretary of State William Seward drafted a memorandum to Lincoln seeking action against “European intervention.”

At the time British diplomats were working hard to bring Spain, France, and Russia into a coalition strong enough to force Lincoln into recognizing the Confederacy. Britain made no secret of her ambitions in North America. On January 3, 1860, the London Morning Post bluntly called for the restoration of British rule in America. Should North and South separate, said the Morning Post on January 3, 1860, the colonies of British North America (later combined into the Dominion of Canada) would then “hold the balance of power on the Continent.” Canada would find herself in a strong position to annex the quarreling fragments of the former USA (see The British Role in Triggering the Civil War)

With this background it becomes clear, Lincoln was fighting for much more than the preservation of the Union. He also believed he was fighting to prevent restoration of British rule over America’s northern states.

**Stephens was a states rights advocate who didn’t support secession.

Amend: The Fight for America Episode 1

This Netflix series provides good information about the 14th Amendment to the conception and it’s role in defining the qualification for being a US citizen and in stating explicitly that a US citizen can’t be deprived of life, liberty or property without due process of law. However I’m not convinced there is sufficient educational content to justify dragging it out to six episodes.

I was also troubled to see the heavy reliance on the Supreme Court (a legal process only open to people who can afford to pay hundreds of thousands of dollars in legal fees) required for many Americans to enjoy basic rights supposedly guaranteed under the Constitution. This narrow focus on reform by court decree also fails to address the more important question: why no one looks to Congress to enact social justice legislation. The answer, in my view, is that members of the House and Senate are so tightly controlled by corporate lobbies (who fund their election campaigns) that they can’t.

Episode One focuses mostly on the work of Frederick Douglass in campaigning first to end slavery and then to have African Americans recognized as citizens via the 14th Amendment. The latter was ratified in three years after the Civil War ended in 1868.

The most interesting part of this episode concerns a meeting Douglass and other Black leaders had with Lincoln during the Civil War. At this meeting President Lincoln asserted that Blacks would never be the equal of Whites and tried to persuade Douglass to start a colony in Central America.

The 14th Amendment would overturn the Supreme Court’s 1856 Dred Scott decision. In it, the SCOTUS declared that the Constitution never intended either freed or enslaved Africans to be US citizens.

Charles E Cobb is a long time African American journalist who participated in the southern freedom movement etween 1962 and 1966. His purpose in writing This Nonviolent Stuff Will Get You Killed is to correct the revisionist “white” view of the 1960s civil rights movement.

The version of the civil rights movement taught in schools and universities is written by white historians who, for the most part, lay out historical events and omit the thinking that led to them. Or even worse, instead of asking movement veterans what they were thinking, offer a retrospective analysis of what they must have been thinking.

It was a problem Frederick Douglass frequently faced in his dealings with white abolitionists. Afraid he would appear “too learned” to be convincing, they told him, “Just give us the facts – we’ll take care of the philosophy.”

One important fact often “whitewashed” out of history is the use of guns in the southern civil rights movement. Guns have always been fundamental to rural life, in both black and white communities. In the 1960s, they were essential for the survival of black farming families – for hunting food, killing varmints in the garden and protecting themselves against terrorist raids by Night Riders and the Ku Klux Klan.

White southerners made it pretty obvious that they were prepared to kill African Americans – and their families – if they registered to vote. Despite his highly publicized use of nonviolence as a tactic, Martin Luther King had bodyguards who carried pistols to protect him. and Fanny Lou Hamer used a shotgun to protect her house against white “crackers.” Armed African American World War II and Korean War veterans – in some areas formally organized as The Deacons for Defense and Justice – carried weapons to protect workers from CORE (Congress of Racial Equality) and SCLC (Southern Christian Leadership Council).

No white people were ever killed by these guards: it was sufficient to convey the message that blacks were willing to defend themselves.

As Cobb points us, no white person is willing to die for white supremacy.

Cobb is a great story teller and sheds important insights about the curious relationship between outside organizers and rural African American farmers as they set about building their trust.

It was my intention to embed Cobb’s 90 minute C-SPAN presentation about his book, but YouTube has censored the video by taking it down. So you have to click on the following link: