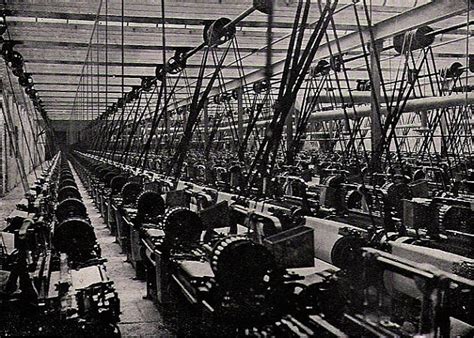 Episode 32: The Industrial Revolution and Modernity

In this lecture, Benjamin mainly focuses on the role of Britain in ushering in the Industrial revolution, a process that “swept away millenia of cottage industries and created a global population explosion.”  Britain was also the birthplace of communism, owing to the deplorable conditions faced by its working class.

The unique characteristics, according to Benjamin that made Britain the birthplace of the industrial revolution were money,* cheap labor,** raw materials, an energy source (ie coal and the rivers and canals to transport it) and the strong natural defenses typical of an island nation.

Between 1500 and 1660, a shortage of wood led to a growing demand for coal for heating and cooking. Routine flooding of Britain’s coal mines led Thomas Newcoman to invent Europe’s first steam engine to pump them out.

Improved by James Watt in 1776, it was widely adopted in the textile industry to power looms, driving down the cost of cloth by 80%. By 1850, a half million workers (of a total 12 million population) worked in Britain’s largest industry textiles.

The steam engine, along with the (1856) development of the Bessemer process for mass producing steel, also enabled massive expansion of Britain’s railroads and shipbuilding industry. As the largest city in the world, London hosted the first World’s Fair in 1851.

Belgium, France, Prussia and the US were the next countries to join the industrial revolution. The US industrialized textile production in the 1820s. Although the US government facilitated railway expansion by granting free land for tracks, the railroads themselves were financed by European banks. The country’s steel industry also industrialized quickly, with the US Steel budget three times that of the federal government by 1901.

Japan was the next country to industrialize, automating farming and silk production around 1900. The Japanese addressed their lack of fossil fuel resources by invading Korea and Manchuria (and triggering war with China and Russia in the process).

Russia was really slow to industrialize. In 1861 when Tsar Alexander II freed the serfs, Russia was still a primarily agrarian state. His son Alexander III would launch construction of the Trans-Siberian Railroad in 1891.

According to Benjamin, the industrial revolution would lead to the creation of the modern nation-state with its powerful administrative bureaucracy, greater control of the economy and intrusion into people’s lives and higher taxes (for public services like education).  France, following the 1789 French Revolution, would be the first modern nation-state. The greater emphasis on human rights (or at least lip service to human rights) was another characteristic of the modern nation-state – with France, Britain, Denmark and eventually the US and Russia eventually eliminating slavery.

One of the ugliest outcomes of the industrial revolution was the total subjugation of non-industrial nations by the industrial North, largely via colonization. Benjamin mainly focuses on the example of India and China.

Benjamin also mentions the role of Dickens and reformists, such as the Luddites and Swing Riots, and revolutionaries, such as Karl Marx and Frederick Engels, in pushing back against the deplorable working and living conditions the industrial revolution imposed on working people. The same year Marx and Engels published the Communist Manifesto, there were revolutions in Paris, Italy, Switzerland, Austria, Spain, Denmark, and Britain.

Although all these revolutions were eventually crushed, the ruling elites were forced to address deplorable living conditions by expanding suffrage (prior to 1848, voting was limited to land-owning male citizens), legalizing trade unions, enacting labor laws improving work conditions and encouraging emigration (to the New World and other remote colonies) to ease population pressures.

*In 1694, by King William of Orange granted the private Bank of England the power to create paper money in excess of its gold and silver money holdings. See 97% Owned

**The Enclosure Acts (enacted between 1604 and 1914) forced 50% of England’s agrarian workforce off communally farmed lands and into towns and cities as a source of cheap labor. See Forgotten History: The Theft of the Commons