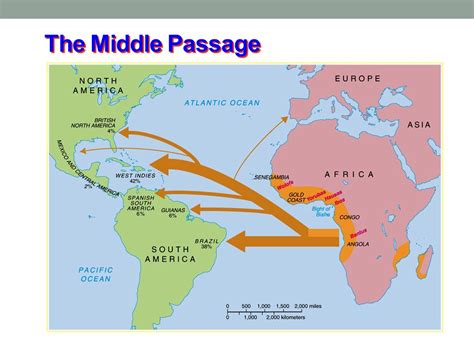 Episode 2: The World of Slavery

In this presentation, Ayers discusses how the organized, efficient and globally interconnected slave trade established a precedent for the smooth operation of global capitalism.

The Portuguese began industrial scale slave trading to furnish labor for sugar plantations in their main New World colony Brazil. The principle purpose of colonies was to furnish profit, and silver and gold, so plentiful in Spanish colonies were absent there.

Although England was the largest European market for tobacco, sugar cotton, dyes, spices and other products of slavery, they were slow to enter the slave trade themselves because they had an immense homeless* population they transported to the New World to provide cheap labor.

Although England began fishing for cod off the Newfoundland Banks from the early 1500s, they were slower to establish overseas colonies than the Portuguese or Spanish. In 1585, Queen Elizabeth commissioned Sir Walter Raleigh to found a colony on Roanoke Island Virginia to produce olive oil,** sugar and wine and provide a base for English ships to pirate the Brazilian and Spanish ships carrying gold and silver. Given Virginia was the same latitude as North Africa, Raleigh assumed it would have the same climate.

When English provision ships returned six months later, the 100 initial settlers had vanished. In Ayers view, they most likely abandoned the colony to live with neighboring Native Americans.

In 1607, English established a second colony in Jamestown Virginia, consisting mainly of English soldiers and war veterans. When a supply ship arrived with provisions six months late, only 38 of the original 104 will still alive. Although the Powhatan Confederacy objected to permanent European settlement on their land, they only killed the occasional settlers who strayed from the official colony. Most died of dysentery and typhoid after they contaminated their water supply with their own sewage.

*England’s epidemic of homelessness stemmed from the Enclosure Acts (1604-1914) that drove 50% of its peasant population off their communal lands. See Forgotten History: The Theft of the Commons