Apart the filmmakers’ claim that Roman military occupation substantially improved life for early Britons,* this documentary seems to provide a reasonable account of the Roman conquest and pacification of the British Isles.

This documentary starts with Julius Caesar’s two failed invasions of of Kent in 55 and 54 BC, based on the preposterous claim these remote islands posed a threat to Roman security (sound familiar?). More likely Caesar coveted the islands’ rich tin reserves Rome needed to produce brass. Despite strong resistance from British tribes unified by the warlord Cassivellaunus, Caesar eventually marched his troops through Middlesex as far as the Thames, forcing Cassivellaunus to surrender and pay tribute to Rome.

It would be 100 years before Roman troops returned to Britain under the Emperor Claudius in 53 AD. They did so at the request of a pro-Roman king, who was under attack from anti-Roman warlords who had ceased to pay tribute. Making use of fierce Germanic auxiliaries recruited in Gaul, the Roman troops defeated the the rebels and progressed as far inland as Colchester, where the emperor Claudius made a triumphal entry on an elephant.

Caratacus, king of the Catubellauni tribe, retreated into Wales where he resisted Roman incursion for more than a decade. In 57 AD, Roman legions attacked the Druids in Anglesey (island off Northwest coast of Wales), seeking to end their ritual practice of  human sacrifice. Roman troops also gradually progressed northward despite large scale revolts that persisteed until 69 AD.

In 78 AD the Roman governor of the province of Britannia led a brief incursion into Caledonia (modern Scotland), but Emperor Vespasian, dealing with a civil war in Rome, ordered him to retreat. The territory was considered of dubious value.

By 100 AD, Rome had established a stable military occupation of the territory comprising most of modern day England. The Romans brought the bronze age to Britain, as well as bustling cities, the Latin language, aqueducts carrying drinking water,  mosaics, Roman money, massive road networks and pottery. Despite their subjugation by Rome, residents of Britannia enjoyed the right to become Roman citizens if they so chose and were free to follow their own religion

In 117 AD, Rome built Hadrian’s Wall to hinder Scots from invading the province of Britannia. Between 176-210 AD, following penetration of the Wall by an army of Scots, Rome dispatched 50,000 troops to Britannia in an unsuccessful attempt to invade and occupy Caledonia.

During the third century, instability in other parts of the empire (and declining military strength) laid to an increase in raids on the province by Scottish, Irish and Germanic tribes.

In the fourth century Constantine (who would become emperor in 306) fought alongside his father in yet another war against the Scots. In 383 AD, the Scots would join forces with Saxons from Germania to invade Britannia. From 388 on, Rome was occupied with a series of civil wars and barbarian invasions on the European continent and allowed trade, defenses and troop numbers to steadily decline in Britannia

In 410 AD, Rome declined a request from Britannia’s governor for a return of troops to protect the province against marauding Angles and Saxons. Within decades Germanic law replaced Roman law in the British Isles and paganism replaced Christianity.**

*I suspect that, as with most colonies, it was mainly wealthy elites who benefited, at the expense of farmers and laborers.

**Christianity was first introduced to Britannia during the third century. In 380 AD, Constantine declared it the official religion of all Roman provinces. 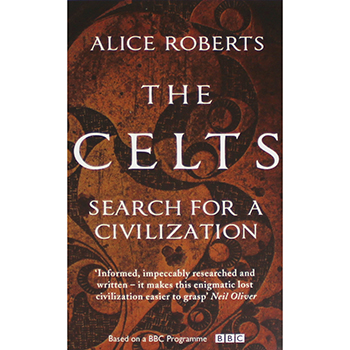