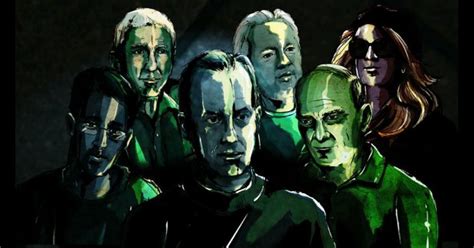 Although the video can’t be embedded for copyright reasons, it can be seen for free at the Al Jazeera website: Digital Dissidents

Kill the Messenger is a French documentary about FBI whistleblower Sibel Edmonds and the organized criminal behavior she discovered inside the Bush State Department and Pentagon.

Edmonds, the daughter of a Turkish family, was raised in Iran and recruited by the FBI four days after 9-11 to translate telephone conversations they had intercepted from suspected terrorists. In addition to English, Edmonds speaks Turkish, Farsi and Azairi.

Several months after she began her job, a fellow translator named Melek Dickerson and her husband, an Air Force major named Douglas Dickerson, tried to recruit her to a Turkish interest group whose intercepts she was translating. Believing they were spies, she reported the incident to her superiors, as well as FBI director Frank Mellor. The FBI responded by firing her and threatening to charge her under the State Secrets Privilege Act if she spoke to anyone else (including a lawyer) about the incident.

Other than filing suit for unlawful dismissal and breech of freedom of speech (which went all the way to the Supreme Court, who refused to review it), Edmonds spoke to no one about it until a 9-11 families group encouraged her to reveal what she knew about the Dickersons to the 9-11 Commission Bush appointed in 2003. This would lead Major Dickerson and his wife to be transferred out of the country.

When the 9-11 Commission Report failed to address Edmond’s evidence, she collaborated with Vietnam whistleblower Daniel Ellsberg to found the National Security Whistleblowers Network. Approximately 100 whistleblowers joined who had been tracking Middle East jihadists for years and whose warnings about 9-11 were ignored by the Bush administration.

Although Edmonds herself never disclosed the name of the group that attempted to recruit her, several journalists have identified it as the American Turkish Council. As they all report, the ATC, which has all the main US arms manufacturers on its board, first started to be wiretapped by the FBI in 1997 because they were illegally smuggling embargoed US weapons systems to Turkey.

*Farsi is widely spoken in Iran and Afghanistan.
**Azeri is the official language of the former Soviet republic of Azerbaijan.