This documentary concerns commodities trading, which many investors view as a sophisticated form of gambling. The Chicago Board of Trade, which first began operation in 1848, is one of the world’s oldest futures and options exchanges. It’s original purpose was to help provide income upfront for the farming sector. Investors would buy and trade contracts for future delivery of cattle, hogs, corn. wheat and other commodities – guaranteeing farmers and food processors a fixed price for their product. Together with the Chicago Mercantile Exchange, the Board of Trade eventually began trading in non-food commodities, as well as currencies, options,* and other financial instruments.

The film also focuses on the transition that occurred in the late nineties in the late nineties when computerized trading replaced the traditional Pit and the Open Outcry system.  Filmmakers interview many former traders who have lost their livelihoods owing to the shift to electronic trading.

Prior to computerization, it was one of the few ways blue collar individuals could become fabulously wealthy. It was common for Board of Trade pit traders to have no education beyond high school.

*An option is a contract which gives the buyer the right, but not the obligation, to buy or sell an underlying asset or at a specified price prior to or on a specified date.

**Open outcry is the name of a method of communication between professionals on a stock exchange or futures exchange typically on a trading floor. It involves shouting and the use of hand signals to transfer information about buy and sell orders

The End of the Chinese Miracle

This documentary explores factors behind China’s declining economic growth and the potential effect on the rest of the global economy.

The filmmakers attribute China’s recent economic miracle to an explosion of young workers willing accept low wages in hundreds of thousands of factories manufacturing cheap consumer goods for the West. Over two decades, the lure of jobs has prompted the migration of millions of Chinese youth from the countryside to 88 super cities (the size of London) all over China.

Owing to demographics, this supply of endless young workers has stalled, causing average manufacturing wages to more than double. The global recession and declining demand for cheap plastic has prompted many Chinese manufacturers to move to Southeast Asia, where wages are much lower. Others are are illegally employing undocumented Vietnamese laborers smuggled into China. Not mentioned in the film, is the rapid replacement of Chinese workers with robots (see China Replaces Workers With Robots) .

Owing to the decline in good paying manufacturing jobs, many rural workers are returning to their families to work the land. 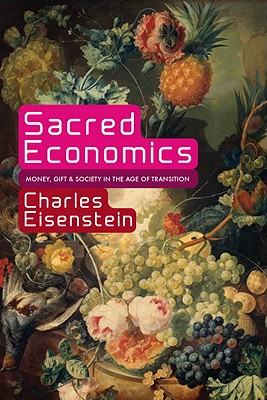 Sacred Economics: Money, Gift & Society in the Age of Transition

The title Sacred Economics sounds like a New Age treatise on spirituality. The book is actually about the end of capitalism. It offers an extremely well-researched discussion of the history of money, capitalist economics and the world wide movement for economic re-localization. By avoiding simplistic clichés about greedy corporate CEOs and amoral banksters, Eisenstein arrives at some startling conclusions. Tracing the western conception of money back to its earliest origins, he makes a strong case that money itself is responsible for rapacious growth and resource depletion, greed and the demise of community.

Money and the Loss of the Commons

The main focus of Part I is an exploration of the profound effect money has on human thinking and psychology. Part II focuses on economic relocalization and other practical steps activists can take to restore the original gift economy.

Part I begins with an analysis of the dual illusions of separateness and of scarcity. Both, Eisenstein argues, are mistaken beliefs stemming from the privatization of communally owned land. This, in turn, was an early consequence of the introduction of money.

Prior to Roman times, land, like air and water, was considered part of the commons and couldn’t be owned. Under Roman tradition, there was no way for an “individual” (a Greek invention related to the concept of money and personal wealth) to legitimately take possession of common lands. Thus the Roman aristocracy had to seize it by force, just as Europeans stole the communal lands of Native Americans, Maori and indigenous Australians.

During the many centuries our ancestors had access to communal lands for their herds and crops, they enjoyed a sense of interconnectedness and interdependency. This was lost when the wealthy began fencing it off as private property. This loss of interconnectedness has left all of us with a profound inner emptiness we experience as never having enough.

How Money Destroyed the Gift Economy

Part I also describes the gift economy that characterizes all primitive cultures. Public gift giving was the primary mechanism all early societies used to satisfy basic survival needs. As civilizations became more complex, gift exchange and barter were impractical over long distances. This led money was introduced as a common medium of exchange.

An early artifact of the introduction of money is the mistaken belief that the basic necessities of life are in short supply. This illusion underpins all western economic theory. In fact many textbooks define economics as the study of human behavior under conditions of scarcity. As Eisentein points out, this is a ludicrous notion in a world in which vast quantities of food, energy and raw materials go to waste.

The Origin of Greed

Eisenstein attributes greed to this illusion of scarcity. He can see no other explanation for low income people giving away far more money, relative to income, than their rich counterparts. Rich people worry about money more and are more inclined to perceive scarcity when none exists. Einstein talks about the immense anxiety people in rich countries experience over “financial security.” No matter how much they accumulate, it’s never enough.

Sacred Economics argues that what economists commonly refer to as growth is the expansion of scarcity into areas of life once characterized by abundance. Fresh water, which was once abundant, has become scarce following its transformation into a commodity most of us are forced to pay for.

The fractional reserve banking system, which allows bankers to loan money they create out of thin air, accentuates the pressure to convert more and more of the commons into commodities. The amount of debt created is always greater than the money supply. Current global debt ($75 trillion) is more than twice global wealth ($30 trillion). This results in constant pressure to create more goods and services to repay personal, corporate and public debt.

Growing pressure to repay debt only hastens the rate at which natural resources, such as fossil fuels, minerals, forests, fish and water, are converted to commodities. A parallel process is causing the social, cultural and spiritual commons to be dismantled. Stuff that was free throughout all human history – stories, songs, images, ideas, clever sayings – are copyrighted or trademarked to enable them to be bought and sold.

The only weakness of Sacred Economics are some mistaken and contradictory assumptions Eisenstein makes about Marxism. He makes the assertion in Part I that capitalism needs to be replaced, but not in a “Marxist” way. He claims this would remove any “monetary” incentive for people to produce goods and services that are useful to the community. This seems to contradict his call for the a return to a gift economy in which people contribute to the community for intangible rewards (public recognition, status and esteem) rather than monetary reward.

Below Eisentein speaks briefly about his book.

In celebration of read an ebook week, there are special offers on all my ebooks (in all formats) this week: they are free.

This includes my new novel A Rebel Comes of Age and my memoir The Most Revolutionary Act: Memoir of an American Refugee 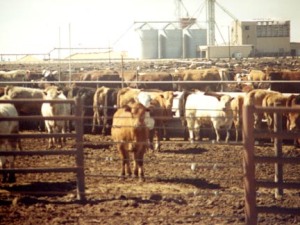 In the past I have tended to dismiss the animal welfare movement as another “feel good” liberal cause that does little to redress human oppression and exploitation. I was wrong. A recent lecture by sociologist David Nibert from Wittenberg University has opened my eyes to the historical role of animal domestication in imperialistic wars, colonialism, genocide, and wealth inequality. Even more scary is the rapid spread of the meat-laden “western” diet, an invention of the public relations industry, to the developing world. There it continues to fuel untold violence and cruelty against the poor and disadvantaged, resource wars, and systematic degradation of the complex ecosystems that support human existence.

The title of Nibert’s talk, carried on Alternative Radio, is “The Animal Industrial Complex.” He isn’t being cute. This powerful institution has even more control over our daily lives than either the military or prison industrial complex.

Replacing Our Ancestors with Sheep

After reminding us of the plant-based, “original affluent” society that characterized most of human existence, Nibert traces the rise of the “western” meat-based diet across 10,000 years of human history. After causing thousands of years of European warfare, exploitation, and slavery in the 15th century animal domestication was foisted on the other continents. In South America it destroyed some of the world’ most advanced societies. Back in Europe, the need to provide sheep pasture was the chief rationale for the 18th century Enclosure Acts that drove most of our ancestors off their communal lands (see my review of Fred Harrison’s The Traumatised Society). According to Nibert, this massive expansion of “animal domesecration” was just as important as fossil fuels in the rise of the capitalist economic system.

The drive to clear new pasture to produce meat for global elites led to genocidal wars against native peoples in North and South America, Australia, and New Zealand.

The Socially Engineered Demand for Meat

In the 20th century Edward Bernays, the father of public relations, assisted the food industry in artificially inflating public demand for meat. After World War II, it culminated in what Nibert refers to as the “hamburger culture.”

In the sixties and seventies, corporate demand for new pasture led to US collaboration with right wing Central and South American dictatorships that systematically drove peasant farmers from their lands. Those who resisted were violently suppressed by US-trained troops and death squads, with US supplied bombers, gunships, and guns.

Aside from the obesity, heart disease, cancer, and diabetes, animal domesecration poses an enormous public health threat, even for vegans and vegetarians who don’t eat meat. This stems from viral “zoonotic” illnesses that have spread to humans from chickens and pigs. Nibert reminds us that the 2009 H1N1 outbreak that killed nearly 285,000 people originated in factory farms in North Carolina. During the 20th century influenza pandemics (originating mainly from chickens and pigs) killed more than 50 million people.

Meanwhile, despite the major health and environmental problems caused by the western meat-based diet, demand for new pasture continues to force thousands of peasants from their land in Africa and South America. While desertification and water scarcity (caused by overgrazing) make food commodities and and shares in water companies the primo investment for banks and hedge fund managers.

Nibert finishes the interview with a critique of leftists who think they’re being political correct by only consuming local, free-range animal products:

“I applaud my friends for eating local plant-based foods but have to argue to them that the continued consumption of animal products is more harmful than they know. The reduction in ‘food miles’ from consuming local animal products is overshadowed by the energy and resources necessary for their production and refrigeration. And while the more affluent among us can afford the more expensive grass-fed products and thus avoid eating domesecrated animals plied with pesticides, antibiotics and hormones, the vast majority of people will continue to eat the cheapest fare that the Animal Industrial Complex can produce. And even if the world were more equitable, moral and environmental issues aside there simply is not enough land or water to “free range” the tens of billions of domesecrated animals necessary to meet the growing, socially engineered demand.”

The full presentation can be downloaded from Alternative Radio. A transcript is $3, an MP3 file $5.