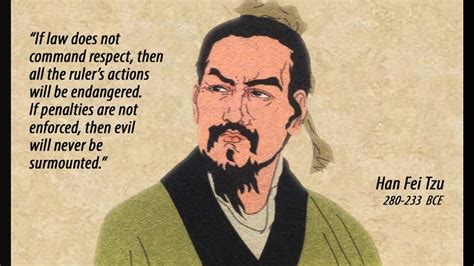 In this lecture, Benjamin explores how the Qin Dynasty unified China at the end of the Warring States Period (480-256 BC) and used Legalism. A system of very strict legal codes, they imposed it not only in their own state of Qi, but also in the states they conquered.

The third major philosophy to come out of the Warring States Period,* Legalism taught that human beings were born evil and would only behave ethically if forced to by the state. Harsh Legalist punishments included enslavement, mutilation, branding the face, amputation of hands or feet, exile to the steppes, castration, strangulation, beheading and slow slicing (death by 1,000 cuts).

The Legalists also imposed collective punishment on villages, neighborhoods and families, although individuals could escape punishment (and be rewarded) if they informed on their neighbors.

The Legalist system calls for these punishments to be implemented by the state, rather than the ruler (who is subject to the same laws as his subjects). This system initially proved extremely effective in crushing dissent under the Qin Dynasty.

The Confucians rejected Legalism, arguing it was better to achieve ethically appropriate behavior by reaching collective agreement of what was socially appropriate.

Legalism influenced governance in other Asian societies, with Singapore continuing to run a quasi-legalistic society into modern times.**

The two main political advisors who helped implement Legalism were Shang Yan (390-338 BC) and Han Feizi (280-233 BC). The Qin nobility despised Shang (in part owing to his insistence that bureaucrats be subject to the same laws as commoners) and eventually had him executed.

Han Feizi served as advisor to Qin Shi Huang, who would become China’s first emperor. Owing to Han’s tendency to favor brutal suppression of dissent over ethics, he is frequently compared to Machiavelli. He was eventually imprisoned and poisoned by a rival.

Legalism, along with Confucianism and Daoism eventually made their way to Europe via Jesuit priests during the Renaissance. The Western emphasis on individualism contrasts sharply with the Eastern emphasis on collective welfare and limited the impact  of Chinese philosophies in the West.

**Caning is still used as criminal punishment in Singapore.

The Palestinian “revolt” of 1936 took (see Palestine’s 200 Year History of Ethnic Cleansing) took three years of British brutality to crush. Declaring martial law in 1937, Britain forced five members of the Arab High Committee (which ruled Palestine) to the Seychelles. The other four fled to Lebanon, fearing arrest or imprisonment or worse. Many Palestinian civilians were arrested without charge and held in concentration camps. Britain also armed Jewish paramilitary groups to perform night time raids on Palestinian families with the assistance of British volunteers.

In all 5,000 Palestinians were killed between 1936-39 and 14,000 wounded. Hundreds of Palestinian homes were demolished as collective punishment. By 1940, one-tenth of the male population of Palestine was dead or in prison or exile – leaving the Palestinian resistance movement virtually leaderless.

During World War II, Palestinian Jews were allowed to enlist in the British military, providing hundreds of them training in strategy and advanced weaponry that they would later use to form the Israeli Defense Force. The British military also allowed Palestine’s Jewish minority to form a secret intelligence unit to scope out every Palestinian village to ascertain its ease of access and desirability for occupation.

During the 1940s, Britain suddenly reversed themselves and banned any further Jewish immigration to Palestine. This decision would lead to the rise of three Jewish terrorist groups Haganah, Irgun and the Stern Gang. All three carried out a slate of deadly bombing campaigns directed against British troops and Palestinian civilians

In 1946, the newly formed Arab League, a regional coalition of Arab states, held their first summit in Egypt to discuss the growing crisis in Israel.

In 1947, the crisis came to a head when Jewish militants led by future Israeli prime minister Menachem Begin* kidnapped and murdered three British soldiers, to punish Britain for executing three Jewish terrorists for their bombing campaigns.

This so-called Soldiers Affair – as well as British public opposition to the loss of British troops in Palestine – would lead the UK to announce (in February 1947) their plan to withdraw from Palestine and turn governance of the country over to the newly formed United Nations.

*In 1978 Begin would be awarded the Nobel Peace Prize, along with Egyptian president Anwar Sadat, for their role in negotiating the Oslo Peace Accord.