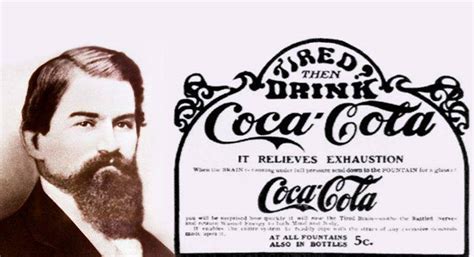 Episode 18: The Landscape of the New South

Ayers starts this lecture by discussing the terrorism, consisting of intimidation, assaults, lynching and homicide inflicted by the Ku Klux Klan and related groups against both Black and White Republicans during Reconstruction. Support for the Republican party waned quickly when it became clear federal Republican officials could do nothing to protect their southern Republican supporter. By the late 1860s, most of the South had returned to Democratic leadership.

States with the largest Black populations (Mississippi, Louisiana, South Carolina and Florida) remained under Reconstruction (and occupied by federal troops) the longest (see Stuff Your Never Study in School: Reconstruction and the Freedman’s Bureau). However by 1876 (when the last federal troops withdrew from the South) only South Carolina and Louisiana remained under Republican control.

In 1876 the Democratic presidential candidate Samuel Tilden won the popular vote, but lost the electoral vote to Republican Rutherford Hayes. Because several southern states submitted two different electoral vote tallies of electoral votes, the election was decided in Congress. As a compromise, Congress awarded the presidency to the Republican Hayes and simultaneously withdrew the last federal troops from South Carolina and Louisiana (allowing all southern states to return to Democratic control). This allowed the South to essentially nullify the 14th and 15th amendment* in the 1880s and 1890s.

The post-Reconstruction period was one of massive industrialization and economic expansion for the South. The expansion of Southern railroads led to the blossoming of southern “railroad towns” and “general stores.” The latter provisioned small farmers now that most grew cotton (which could always be sold at a profit), instead of basic foodstuffs.

Because the South had very few banks, most southerners turned to landowners and general stores for credit. The main collateral they used was a lien on the next cotton crop.

The South also saw a surge in manufacturing, with the construction of numerous iron, lumber, textile and turpentine, sugar and tobacco processing plants. There was also a big expansion in coal mining to power southern industrial development. Owing to low wages, southern entrepreneurs always had ready markets for their cheap iron, cloth, coal, lumber, turpentine, sugar and tobacco.

In this lecture, Ayers also relates the history of the development of Coca Cola by Atlanta patent medicine salesman Dr John Pemberton.

*The first Coke formula was based on coca leaves and cola nuts, both powerful stimulants.

Can be viewed free with a library card on Telegram.

Episode 1 The Geography of the American South

In this first lecture of a Great Courses series about stuff we never study in school, Ayers begins by reminding us the South gave rise both to the most recognized corporation in the world (Coca Cola) and the largest third party in American history (the Populist or People’s Party of the late 19th century – see Populism: America’s Largest Democratic Moment). He goes on to discuss the basic geology of the South, emphasizing the poor soil quality. Lacking prehistoric glacial deposits (North American glaciers never extended further south than Kentucky), most Southern soil is a low fertility mixture of red clay, aluminum and iron. The Mississippi Delta, the Shenandoah Valley of western Virginia and the Black Belt across Alabama and Mississippi are exceptions.

He gives a date of 40,000 BC for the arrival of indigenous Americans in North America from Siberia and describes fossil evidence suggesting they hunted (to extinction) mastodon, horses and camels  that foraged just south of the glacial ice sheet during the last Ice Age.

Around 1000 BC, there is evidence of corn being cultivated along the Mississippi. There is also evidence of early Native Americans using fire to clear forests for land cultivation and to drive the deer they hunted into open meadows. Numerous chiefdoms established settled communities in the southeast and abandoned them once they depleted their soils and wood stock. The chiefdoms built large mound-shaped monuments (and a handful of towers) and engaged in frequent resource wars with other chiefdoms.

A sudden severe cooling of the climate* between 1300-1850 AD led to a significant decrease in food production and population. At the time of first European contact, they had an estimated population (in the South) of 1.2 million.

When, in 1539, the explorer DeSoto led his army 4,000 miles from Florida to East Texas, he was looking for a rich society like that of Aztecs or Incas. Carrying none of their own provisions, they simply seized food from indigenous storehouses and either killed or enslaved any Native Americans who tried to stop them.

Three hundred Spaniards, including DeSoto, died on this expedition. Many chiefdoms lost between 2,000 – 3,000 warriors (each). In 1565 when Europeans settled in St Augustine Florida (the first European settlement in North America), Native Americans were further decimated by infections European illnesses and an ongoing process of warfare, enslavement, land expropriation and resource depletion.

Earlier chiefdoms reconstituted into the Choctaw, Cherokee and Katawba tribes, and by the time the English (who had no armies) arrived, southern indigenous people were helpless to resist further confiscation of their land.

*Believed to be due to solar dimming caused by large South American volcanic eruptions.

This documentary investigates the unsavory history and practices of Coca Cola, the world’s largest soft drink corporation. Including

Pemberton, a cocaine addict, sold the company to another pharmacist Asa Kandler shortly before his death in 1889. Kandler added more sugar to disguise the medicinal taste and citric acid to disguise the excessive sweetness. In 1916, he began bottling it as well as dispensing syrup to soda foundations.

Pepsi Cola, Coke’s arch rival, was also invented by a pharmacist in Newburn, North Carolina in 1898. It’s name was deliberately deceptive, as it never contained either pepsin (an aid to digestion) nor kola nut extract.

During World War II, Coca Cola gained the upper hand by making an agreement with the US government to be the exclusive soft drink provider to US troops stationed in Europe and the Pacific. The agreement also exempted from the sugar ration, which virtually crippled Pepsi Cola.

In 1985, after Coke made the disastrous misstep of secretly changing the coke formula to make it taste more like Pepsi, the company faced a massive backlash from Coke drinkers, briefly making Pepsi the number one soft drink in the world. Three months later they re-introduced the original formula as “Classic Coke.”