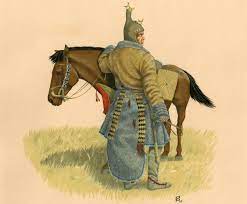 The Story of Ireland: A History of the Irish People

This is the first (of five) episodes in the BBC documentary series on the history of Ireland, which provides a comprehensive history of the use of (English and Scottish) settler colonialism to subdue the indigenous population. This model which would be copied in North America, Australia, New Zealand and South Africa and by Israel in the displacement of the indigenous Palestinian population.

It describes the first human settlers arriving in Ireland immediately after the last Ice Age. They would begin farming around 4,000 BC, and there is clear evidence of trading with the Baltic region and Iberian peninsula from 2,500 BC on. Contrary to more recent mythology, ancient Irish inhabitants weren’t genetically distinct from Celtic settlers in Britain or northern France.

During the Roman occupation of Britain (55 BC to 383 AD), the early Irish exported cattle and leather products to British elites.

Following the departure of the Roman legions in 383 AD, Irish raids on the west coast of Britain increased. Britons were captured as slaves to fuel Ireland’s thriving slave trade. St Patrick, who is credited with bringing Catholicism to Ireland, was a Welshman initially brought to Ireland as a slave.

Ireland’s feuding tribal kings welcomed the advent of Christian monasteries to help them consolidate their power. The monks developed a written alphabet for the Celtic language, and Irish monasteries became a global center of learning as literacy declined on the European continent.

Over the 8th, 9th and 10th century, Ireland was hit by a series of Viking raids and invasions. The latter, who had trade routes extending as far as the Baltic Sea and Constantinople, established the city of Dublin as Europe’s largest slave market.

By the 11th century, the Vikings had thoroughly integrated into Celtic society through intermarriage and conversion to Catholicism.