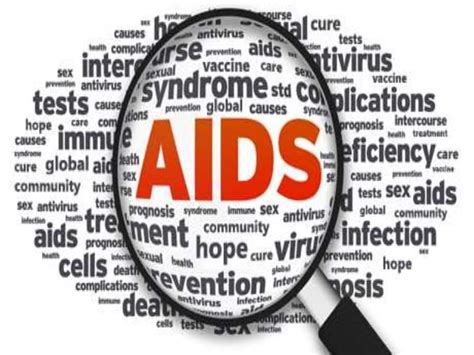 In chapters 3-6 of the The Real Anthony Fauci: Bill Gates, Big Pharma, and the Global War on Democracy and Public Health, Kennedy explores how Fauci fabricated and manipulated (for his own profit) the 1980s AIDS epidemic in the exact same way he has fabricated and manipulated the current plandemic. Then, as now, he promoted a faulty diagnostic test, he massively exaggerated the contagiousness and severity of AIDS, he caused tens of thousands of needless deaths by suppressing cheap and effective treatments, he aborted animal studies and Phase III human trials because “too many people were dying,” he falsified studies to promote AZT (because he owned shares in the company), and he shrewdly deflected criticism through misdirection and outright lies.

AZT was a failed (because it was far too toxic) cancer chemotherapy drug that Fauci enabled Burroughs-Wellcome to resurrect, at $10,000 per patient, to treat AIDS. Originally developed by the National Cancer Institute, AZT cost the drug company pennies per tablet to produce

When the study leading to FDA approval for Fauci’s drug AZT was finally published in 1987, independent analysis reveals that it was more fatal than AIDS at recommended doses.** During the study, researchers could only keep  some AZT patients alive by giving them repeated blood transfusions.

Chapters 5 and 6 mainly concern Fauci’s deliberate destruction of the career of renowned virologist and cancer researcher Dr Peter Duesberg for his extremely cogent critique of the hypothesis promoted by NIAID under Fauci’s leadership that HIV causes AIDS.

Credited as the worlds foremost retrovirologist, Duesberg found it highly improbable that a retrovirus such as HIV could be the sole cause of the total immune system breakdown found in AIDS. As Duesberg and other retrovirologists point out, retroviruses have always lived in a comfortable symbiosis with human beings. Eight to ten percent of our current DNA consists of retroviruses we have incorporated into our genetic material. Until the discovery of HIV, no retrovirus in 3 billion years ever developed the capacity to attack human cells, as HIV allegedly attacks the CD4 T-cell fundamental to cell-mediated immunity. Moreover neither Robert Gallo nor Luc Montaigner, the researchers who identified HIV as the cause of AIDS, could ever explain how a totally benign retrovirus could mysteriously mutate into a killer virus.

In my view, the two most likely alternative infectious agents Duesberg and others put forward for AIDS are the herpes virus HHV6 or some type of mycoplasma. HHV6 was first identified in 1986 the blood of AIDS patients and Chronic Fatigue Syndrome (which appeared in epidemic proportions in heterosexuals around the same time AIDS appeared in gays). Unlike HIV, HHV6 is a killer virus and attacks CD4 T-cells. Ironically even Gallo, the alleged US discoverer of HIV, acknowledged in 1988 that HHV6 could be a “co-factor” (with HIV) in causing AIDS.

A year earlier a Chinese investigator discovered a new mycoplasma (mycoplasma incognitis) in the brains, livers and spleens of AIDS patients that caused an AIDS-like illness when he injected it into monkeys. Despite wide international recognition of Dr Lo’s work, Fauci sidelined and/or disciplined every NIAID researcher who attempted to replicate his research.

*Because the patent on these drugs had expired, the only potential funding for randomized controlled trials (RCT) was NIAID (drug companies won’t fund new RCTs on existing drugs once their patent expires). Fauci refused to authorize them.

**When the FDA halved the recommended dose, it stopped killing people. 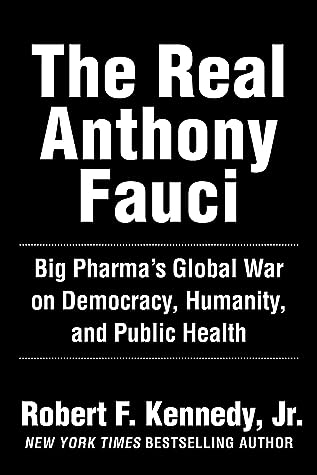 United in Anger: A History of ACT-UP

This documentary traces the history of ACT-UP (AIDS Coalition to Unleash Power), one of the few successful mass protest organizations during the repressive Reagan era. Between 1981, when the AIDS epidemic was first recognized, and 1987, 40,000 Americans died of AIDS. During this time Reagan refused to utter the word AIDS, much less advocate for research, prevention and treatment. Prior to 1987, 80% of patients diagnosed with AIDS would be dead in two years.

ACT-UP first formed in New York City in 1987, the same year the first anti-AIDS drug AZT became available. By 1996, the year the life-saving Triple Cocktail* became available, they had 147 chapters across the US.

The film mainly focuses on the New York City chapter, and their Monday night meetings attended by hundreds of activists. Most former ACT-UP members believe the secret of their success decentralized (non-hierarchical) organizing. This fostered the burgeoning of dozens of affinity groups based on the needs of specific AIDS patients (women, minorities, low income).

The ACT-UP Women’s Caucus was one of the more important affinity groups, as the CDC was stubbornly resistant to the reality that AIDS was the number one killer of American women. Because the disease presents differently in women (eg with a a high incidence of cervical cancer), the initial CDC diagnostic criteria made it impossible for female AIDS patients to qualify for Social Security Disability or Medicaid. This not only left them penniless and homeless as the disease progressed but denied them access to America’s for-profit health system

In 1987, ACT-UP held their first protest at the Burroughs-Wellcome Tuckahoe (New York) research facility to protest the prohibitive prize of AZT ($10,000 per year).

Over the years, the organization held a number of creative protest actions, most involving civil disobedience:

1988 – Unfurled banners on the floor of the New York Stock Exchange to protest AZT’s  high cost.

1988 – Made the front page news for “taking over” the FDA to demand more rapid approval of drugs for AIDS treatment.

1989 – Joined with other social justice groups for a City Hall protest against Mayor Ed Kochs failure to fully fund low income housing and hospitals (many AIDS patients were dying in hospital corridors.

1989 – Joined with Women’s Health Network for a 7,000+ protest at St Patrick’s Cathedral (with hundred protestors “dying in” inside the sanctuary) to protest the Catholic Church opposition to safe sex, condoms, and abortion.

1991 – Camera bombed Dan Rather’s CBS network news yelling “Fight AIDS not Arabs) the day the US declared war on Iraq (picked up by all major US news outlets).