Prior to the development of the Silk Road* trading networks, China played no part in Afro-Eurasian trade networks dating back to 1500 BC Phoenician traders.

During the Han dynasty, the Silk Road began at the capitol Changan and traveled west along the Great Wall to the Dunhuang oasis, where snow melt from mountains on three sides provided a steady supply of water. It was a prime example of caravan cities that sprung up all along the Silk Road to provide traders secure storage for their goods and food and water for themselves and their camels. The emperor stationed a military garrison there to search all pack camels for smuggled silk worms, pods and eggs.**

After Dunhuang the Silk Road split into northern and southern branches skirting the Taklamakan Desert. The separate routes rejoined at Kashgar and continued on to Samarkand, where goods were handed on to Kushan traders. The northern Silk Road continued through the Kushan and Parthian Empires. To reach the Mediterranean from the Parthian Empire, camel trains needed to cross the treacherous Zagros Mountains.

A southern Silk Road branch, leading to India, peeled off from the Kingdom of Khotan on the southern border of the Taklamakan Desert.

Without the domestication by steppes nomads of the Bactrian camel, there would have been no Silk Road. Native to Central Asia, the Bactrian camel has two humps (consisting entirely of fat), unlike the single-humped Arabian camel. The Bactrian species has two-toed webbed feet to give them good traction in sand and sealable nostrils to protect them against sand storms.**

*The name “Silk Road” was first coined by the German explorer von Richtenhofer in the 19th century.

**To ensure their most valuable export, China had to ensure the West never learned the secret of silk production. The Romans believed silk fibers grew on trees. Archeological evidence suggests the Chinese domesticated silk worms as early as 5,000 BC.

***According to Benjamin, there are only 1,000 wild Bactrian camels left, though thousands are still used throughout Central Asia as pack animals. 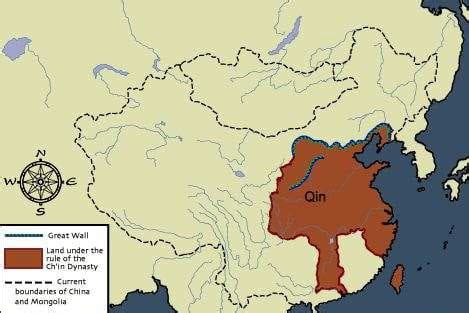 Episode 2: Journey to the East

The Foundations of Eurasian Civilization

This lecture is an introduction to the Benjamin’s 48 episode course The Foundations of Eurasian Civilization.

About half the course is devoted to China, considered the cradle of Eastern civilization. However it will also cover China’s immense influence on the West, beginning with the Confucian about efficient bureaucracy,* and the essential role of numerous Chinese inventions in the  industrialization of western society.

By the fall of the Tang dynasty in 740 AD, China had created the wealthiest and most powerful state (population two million) the world had ever seen, thanks to Chinese peasants creating the world’s most successful commercial farming system.

At the same time, the steppes nomads to the north of the first Chinese cities (and their ferocious horse archers – see Barbarian Empires of the Steppes) also had a massive influence on early Chinese civilization. Their repeated booty raids on China would lead the first Chinese emperor Qin Shi Huangdi (founder of the Qin/Ch’in Dynasty) to build the first border length wall in 221 BC.

Hundreds of thousands of Chinese workers were conscripted to build the wall, with tens of thousands losing their lives. The wall failed to stop the raids.

It would be the steppes nomads, and their domestication of the Bactrian camel, that made possible the Silk Roads, the first overland network of international trade.

*American founding father Benjamin Franklin was a big fan of Confucius and adopted many of his ideas in developing his approach to democratic government.