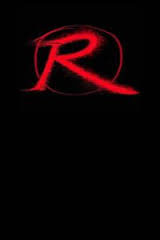 Revolt! – The Next Great Transformation from Kleptocracy Capitalism to Libertarian Sociasm through Counter Ideology, Societal Education, and Direct Action

The general public has a lot of misconceptions about what anarchists believe. The problem is that the word “anarchism” is used to describe a lot of different ideologies. Revolt!, a 159 page booklet directed at an academic audience, is a good introduction to some of the theoretical beliefs that underpin the anarchist movement.

The author, the executive director of the Transformative Studies Institute (TSI)* identifies himself as a “libertarian socialist.” He begins Revolt! with a detailed description of kleptocracy capitalism, the label he gives America’s corrupt, corporate-controlled political system. He goes on to outline the theoretical framework of libertarian socialism. The latter maintains that legislative reform inadequate to remove the corrupt oligarchs who have usurped America’s democratic institutions. Libertarian socialists believe the only solution is to build a working class movement to dismantle capitalism altogether.

Asimakopoulos’s formal definition of libertarian socialism is “a group of political philosophies that aspire to create a society without economic or social hierarchies, in which all violent and coercive institutions are dissolved and everyone has free and equal access to the tools of information and production.” As with other anarchist tendencies, a key goal of libertarian socialism is to eliminate all forms of government in favor of self-government and direct democracy.

The Hazards of Violent Revolution

Rebel! also expresses serious reservations about the role of violent revolution in overthrowing capitalism, for two main reasons: 1) sudden spontaneous riots lack organization and leadership and the resulting chaos can cause massive social dislocation and a cataclysmic loss of human life and 2) historically all violent revolutions (i.e. Soviet Union, China, Cuba) have led to the rise of new totalitarian regimes.

Instead it argues mainly for “evolutionary” change brought about through militant direct action that forces the ruling elite to adopt reforms that shift the balance of power towards workers. Examples of the “evolutionary” reforms Asimakopoulos envisions include universal government-funded health care, free tertiary education, and the replacement of corporate boards of directors with worker councils like they have in Germany and France.

The kind of direct action he calls for forces the corporate elite to agree to reforms by inflicting real damage on their ability to produce profits. He sees a rejuvenated labor movement, in coalition with grassroots community organizations, as spearheading these direct actions. According to Asimakopoulos, the current US labor movement has allowed itself to be co-opted by the capitalist system, with its meek acceptance of Taft Hartley Law restrictions, as well as state and federal laws outlawing strikes by public workers. For labor to regain the effectiveness it enjoyed in the 1930s, large numbers of workers need to be prepared to commit civil disobedience by holding wildcat and sympathy strikes (both illegal under Taft Hartley) and engaging in illegal public worker strikes.

Other types of direct action he proposes include mass organized lootings (in 2008 Greek anarchists organized mass supermarket lootings and gave the food away to the poor), subversive financial activities, high stakes tax resistance, electronic resistance, and establishment of counter institutions (such as TSI) organizing for radical change. Examples of subversive financial activities include organized credit fraud, in which workers refuse to pay their mortgages and credit card and car payments. Asimakopoulos sees another role for unions helping people file for bankruptcy and organizing mass actions to keep their homes and cars from being seized. “Electronic” resistance includes hacking and denial of service attacks, similar to those carried out by Anonymous on corporate and government websites.

The Role of Violent Direct Action

Asimakopoulos advocates a cautionary approach towards violence. He believes demonstrators have an absolute right to defend themselves against police and military aggression. He also argues that violence against corporate property (looting, rock throwing, vandalism, and arson) is always more effective than nonviolent civil disobedience in pressuring the ruling elite to agree to radical change.

He offers several historical examples to make this point, including the Black Power movement of the 1960s, whose violent direct actions forced the federal government to negotiate with Dr Martin Luther King about enacting major civil rights reform.

*TSI (www.transformativestudies.org) is a fully volunteer social justice think tank managed and operated by a global team of scholar-activists and grassroots activists. Their goal is to establish a tuition-free accredited graduate school to foster interdisciplinary research that will bridge theory with activism and encourage community involvement to alleviate social problems.